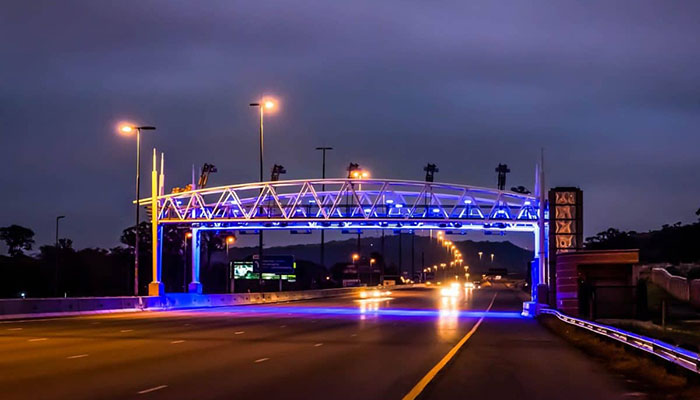 The governing party needs to provide further clarification to the public on its stance in terms of e-tolls. The questionable “task team” which was established by the ANC to consider the impact of various options to relieve motorists and residents of Gauteng in paying for e-tolls must now account to Parliament.

I will today, write to the Portfolio Committee Chairperson on Transport, Mr Mosebenzi Joseph Zwane, to summons Transport Minister, Fikile Mbalula in terms of rule 360 and in accordance with section 14 and 17 of the Powers and Privileges Act of Parliament, to urgently brief the committee on the exact details and outcomes of meetings held for the Departments commitments to find solutions.

We cannot accept the constant delays of government leadership in dealing with this issue, when their indecisive actions in particular those of Hon. Mboweni,
Hon. Mbalula and Premier Makhura, hold motorists at ransom. Finance Minister Tito Mboweni, in his Medium-Term Budget Policy Statement, correctly emphasises the need to cut allowances on travel luxuries for the middle to high-income earners but has failed to sufficiently address the need to assist the poor and lower income citizens.

E-tolls impact the productivity of South Africa’s economy. It places an added burden on road network users through frequent revenue collection of popular roads and freeways. This expense is over and above the petrol and annual road levies imposed by government for motorists. Currently, there are only a few cheaper alternatives for affordable transport in South Africa, but even those have serious limitations such as, the frequent delays courtesy of Metrorail. The erratum of Metrorail’s services and unaffordability of the Gautrain system

provides no credible alternative to offset the accumulated costs when making use of e-tolls. This in turn imposes major financial burdens for the poor who use taxi’s for travel which also results in a higher cost of living.

The continuous toying around with the residents, motorists and other stakeholders, year on year, regarding this matter leaves residents with no other choice but to contravene their “obligations” to pay for something they did not ask for in the first place.

The IFP calls on government to carefully reflect on the current economic situation of South Africa and stimulate the economy with the scrapping of E- tolls. The lack of proper public participation in the previous administration, regarding this issue, was evident since its inception. The public and civil society sector have constantly been displaying their universal dissatisfaction with the e-tolls which included the “go-slow” protests by COSATU (Congress of SA Trade Unions).

We remain committed in our belief that e-tolls have no future in Gauteng. The IFP will continue to challenge the ANC to deliver on their promises and to be held accountable. Parliament through its oversight function must investigate this matter with urgency and detail the process with has seemingly excluded public participation.