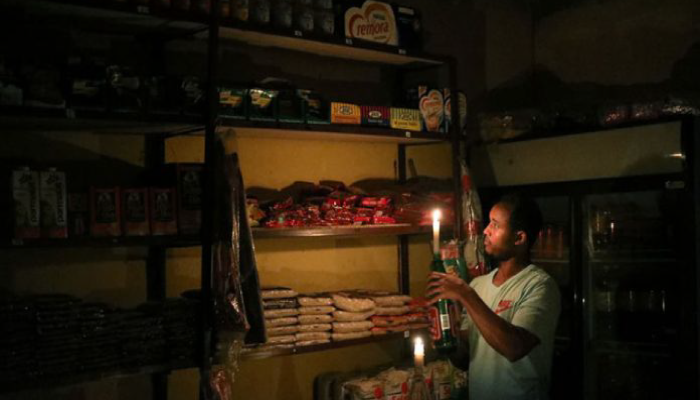 The IFP is gravely concerned that Eskom’s decision to resume stage 2 load-shedding will negatively affect the Small, Medium and Micro-sized Enterprises (SMMEs).

Eskom has announced that Stage 2 load shedding will be implemented from 9 am to 11 pm on Wednesday due to a “shortage of capacity”, the struggling energy utility confirmed. It has since been indicated that the blackouts are expected to last at least a week.

Electricity is a prerequisite for the proper functioning of nearly all sub-sectors of the economy. We are of the view that this development will lead to further economic deterioration, and it is sad that this is happening at a time when we should be making all efforts to find ways and means to resuscitate the ailing economy. The biggest casualties when this happens will be the Small, Medium and Micro-sized Enterprises (SMMEs) whose businesses are highly dependent on a steady supply of electricity. This is because they do not have the capacity to easily use other sources of energy e.g. generators as compared to big businesses.

Load shedding affects business operations and financial viability. An immediate consequence of this will be a reduction in productivity in these businesses, which will further result in even slower economic growth in the Province, given the significant role played by small businesses in job creation and income generation. In addition, the expected loss of business due to load shedding will most likely push the business to consider laying off some workers as a way of mitigating the effects of load shedding.

The commencement of load shedding will, therefore, will disturb efforts that were made to economic recovery. The KZN business sector, both formal and informal, has not been spared and has been crippled and hit hard by electricity load shedding which Eskom sees as a solution to meet the demand. Businesses and entrepreneurs rely on electricity in order to grow the economy. It is therefore critical to understand the extent to which load shedding has affected this sector and how this can affect the KZN`s economic development.

The energy deficit that the country faces needs concerted efforts to address because it has caused major challenges on the local economy. Another way SMMEs’ productivity can be impacted is in terms of their machinery, as some machines can take some time to start up. This can also be costly as the machines may use more electricity to start up again and, in many instances, if the machines are busy with a continuous process and are interrupted midway, wastage costs will also increase. As such, when businesses are less profitable as a result, they tend to increase prices to maintain margins and ultimately consumers foot the bill. Big businesses, using generators, have seen production costs rise while smaller businesses have cut production or operate at night when the power is on. High production costs are also compounded by overtime payments when employees have to work beyond the usual time due to availability of power later in the day. Machine repair costs are also not uncommon. Power cuts come with damage to machinery in some cases, forcing businesses to spend on unplanned maintenance costs to keep the machines running.

The IFP regrets the load shedding that has been introduced by Eskom and cautions the government that if load shedding were to continue it will have a devastating effect on the economy of our Province and our Country.