He joined the ANC Youth League at the University of Fort Hare and completed his studies at the University of Natal. On the advice of Inkosi Albert Luthuli, he responded to the call of the Buthelezi Clan and returned to Mahlabathini in 1953 to take up his hereditary position as Inkosi.

He remained deeply involved in liberation politics and was in constant contact with leaders like Mr Walter Sisulu, Mr Oliver Tambo and Mr Nelson Mandela. In 1970, he was elected by the KwaZulu Assembly as Chief Executive Officer of the Zulu Territorial Authority. In 1972, he became Chief Executive Councillor to the KwaZulu Legislative Assembly and from 1976 to 1994 served as Chief Minister of KwaZulu.

In order to reignite the struggle for liberation within South Africa following the banning of the ANC and other parties, Prince Buthelezi founded Inkatha yeNkulukelo yeSizwe in 1975. Inkatha quickly grew into a formidable liberation organisation, home to the oppressed masses within South Africa.

Through Inkatha, Prince Buthelezi campaigned endlessly for the release of Nelson Mandela and other political prisoners, and for an end to apartheid through negotiations. Through his rejection of nominal “independence” for KwaZulu, he derailed the grand scheme of apartheid to balkanise South Africa.

But despite the undeniable role he played in securing South Africa’s political freedom, Prince Buthelezi found himself vilified by the ANC’s mission-in-exile when Inkatha refused to embrace an armed struggle, and the call for international sanctions and disinvestment.

Inkatha found itself the target of the ANC’s People’s War, in which some 20 000 lives were lost in a black-on-black conflict meant to secure the ANC’s political hegemony after liberation. Throughout this time, Prince Buthelezi never abandoned his call for peaceful resistance, non-violence and negotiations.

Ultimately, when former President FW de Klerk announced his decision to release Mandela, he named only Prince Buthelezi as having helped him reach that decision.

Inkatha came to the negotiating table as the IFP, the Inkatha Freedom Party, and secured democratic gains for the future South Africa.

Following the first democratic elections in April 1994, Prince Buthelezi became the national Minister of Home Affairs. He served in this capacity under President Nelson Mandela and President Thabo Mbeki, before being offered the Deputy Presidency. Regrettably, this was scuppered by leaders of the ANC.

During the first ten years of democracy, he was appointed Acting President of the Republic 22 times.

Prince Buthelezi continues to serve as a Member of Parliament, as the traditional Prime Minister to the Zulu Monarch and Nation, and as the President Emeritus of the IFP. But first and foremost, he considers himself a servant of the people.

He has travelled extensively throughout the world, and has received numerous awards, both internationally and in South Africa.

Prince Buthelezi is a believer in Christ and a champion of freedom for all people. Together with his late wife, Princess Irene Thandekile Buthelezi, he had eight children, five of whom are sadly deceased. 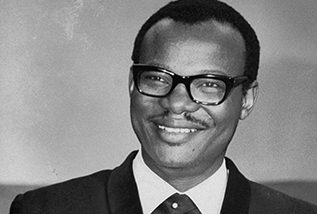 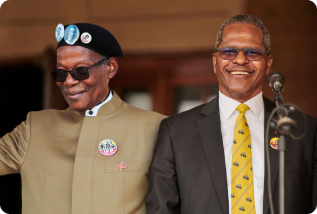 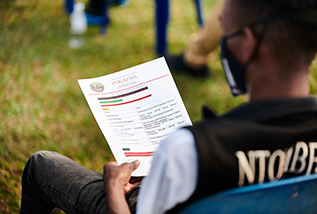 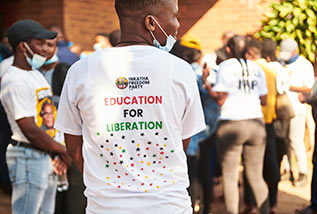 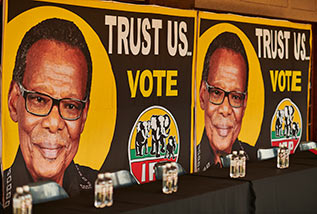 If you believe that the political stability and economic prosperity of our society must be founded on a humanistic culture of respect for the people, the IFP is your political home.

KZN ANC and the desperate politics of shaming

Trust us. We work for you