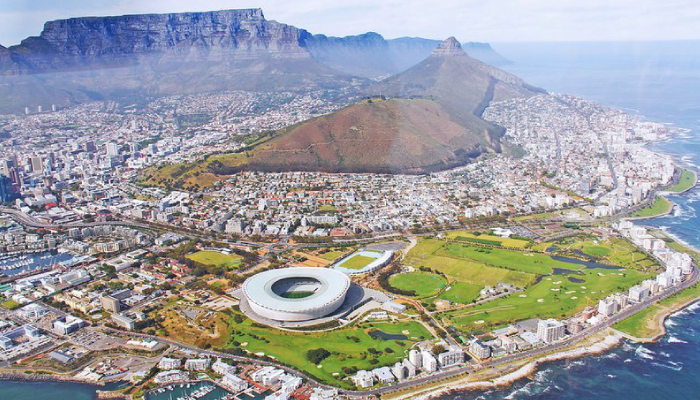 PRESIDENT EMERITUS OF THE INKATHA FREEDOM PARTY AND

TRADITIONAL PRIME MINISTER TO THE ZULU MONARCH AND NATION

I come here today not as a politician, but as an elder. There is a terrible quarrel in
our nation with foreign nationals who are living amongst us. Lives have been lost and
property damaged. There has been looting and burning and violence. While all this is
happening, the world is watching, and we are being judged.
I must speak very bluntly to my fellow South Africans, not to take sides, but to quell
the tensions with the voice of truth.
What we have seen in the past few days is unacceptable. The attacks on foreign
nationals and their businesses are purely xenophobic. It is a violation of human
rights and a violation of our Constitution. Our Constitution enshrines the right to
freedom from all forms of violence. That right applies to everyone in South Africa,
whether citizens or not.
I understand the tensions, the complaints and the anger. I understand that there is
validity to the complaints, on both sides. I also understand that wrongs have been
committed by both sides. This has not come out of nowhere.
But there is a saying in Zulu that you cannot slaughter all the sheep because one
sheep has transgressed. In a situation of conflict, it is dangerous to tar everyone with
the same brush. Even where there are valid complaints against an individual, we
cannot take the law into our own hands. Looting and destruction of property is a
crime, full stop. Assault is always wrong.
Don’t think these things have no consequences. This violence has diplomatic and
economic ramifications. We have hundreds of thousands of South Africans living in
countries throughout Africa. We have businesses and companies operating across
this continent. We have vital trade relations within the African Union and within
SADC, the Southern African Development Community. South Africa is not an island.
There will be sanctions against us for what we are doing. It started with the Zambian
Football Association cancelling a soccer match against Bafana Bafana. Then Nigeria

announced a boycott of the World Economic Forum on Africa being held in Cape
Town. But as I feared they would, sanctions quickly turned to retaliation.
Already South African owned companies in Nigeria have been targeted for looting
and vandalism. MTN has had to close all its stores to protect staff, while the Police
stand guard at Shoprite stores. On Thursday our diplomatic missions in Abuja and
Lagos were forced to close after threats were received. President Buhari has
announced a visit to South Africa to speak to President Ramaphosa
We need to stop this thing in its tracks before serious action is taken against us. Do
we really want to escalate into international conflict?
I feel ashamed. As Africans we are making ourselves a laughing stock in the rest of
the world. Because the world knows what we seem so quick to forget: Africans are
brothers and sisters.
In every family there are quarrels and squabbles. But the way we are behaving is
shooting ourselves in the foot. We are making the name of South Africa a swear
word on the continent.
This is not the first time we have had a spike of xenophobic attacks is our country. In
2008 and in 2015 lives were lost and livelihoods destroyed as communities went on
the rampage against foreign nationals. I went then too, to the communities and
townships, and I spoke as I am speaking now.
But now my words are somehow different. The sentiments have not changed, but
there is a sense of urgency because I fear what will happen if we fail to extinguish
this fire. The IFP has formally asked the Speaker of the National Assembly to call an
urgent debate in Parliament, not just to condemn xenophobia, but to hear what the
State intends to do to swiftly end the violence.
We cannot allow this to move in cycles. It is not the first spate of attacks; but it must
be the last.
We have been facing the rising problem of undocumented migration ever since
1994. I served as the first Minister of Home Affairs in a democratic era. For ten years
my department grappled with this, trying to find a way to balance human rights with
the good of the country.
I was struck even then by the number of undocumented Africans within our borders,
especially from Zimbabwe, and the implications this had for our ability to create
social and economic justice for South Africans. But when I pointed out our porous
borders and said they need to be guarded, some people actually accused me of
xenophobia, saying it was because I didn’t go into exile.

Many of the countries whose citizens were coming to South Africa had given
sanctuary to our political exiles during the struggle for freedom. Being an Anglican
myself, I received a letter from the Anglican Bishop of Mozambique, Bishop Dinis
Sengulane, lamenting that I was not helping his people who were flocking to South
Africa.
These accusations were painful, and quite misplaced. Because if anyone knows
what our African brothers sacrificed for the sake of our struggle, it is I. I went myself
to Zambia and Tanzania in 1974, to thank President Kaunda and President Nyerere
for giving sanctuary to all our exiles. Earlier this year, I again visited His Excellency
Dr Kenneth Kaunda in Zambia, and he spoke touchingly about the risks they took on
our behalf. Let me quote him directly. He said –
“Prince Buthelezi, we first met in 1974 here in Lusaka when I was a leader of
a young independent nation of Zambia and was honoured to be leader of the
frontline states which were all newly independent states. We hosted South African
political exiles and freedom fighters. (It) was a huge risk to our own freedom as a
nation. Financially we could not afford this task, since Ian Smith had closed the
borders for us to transport goods through Rhodesia. The security risk was enormous
on our people as the Apartheid Regime in South Africa was becoming more and
more vicious. But we had to do that historic duty for the freedom of black people. I
am a very proud man that we did this and all God’s children in South Africa… are
free today.”
Friends, this is our own history. African countries like Lesotho, Swaziland, Nigeria,
Zambia and Tanzania took huge risks on our behalf. Is this how we repay them?
I am not saying that anyone should be able to live in South Africa if they come here
illegally, or if they are illegally running a business. If they are committing crime, they
are criminals like any South African would be a criminal for doing the same thing. But
we cannot adopt the attitude that Africans have no right to come here, and no right to
be here, if they come through legitimate channels.
I know that even this is controversial. I remember visiting Geneva for a meeting
called by the United Nations High Commissioner for Refugees. As South Africa’s
Minister of Home Affairs, I discovered that many people who claim to be refugees
are not refugees in the legal sense of the word. Yet due to various and very real
problems in their countries, they are forced to try their luck in South Africa.
Through immigration legislation, I sought to protect South Africa, closing the door to
undocumented migration while opening it to the skills our country so desperately
needs. There is, for instance a shortage of doctors in South Africa, and with our

failing health care system we need to welcome professional doctors from Nigeria and
other countries.
I still regret the irrational hostility towards my Immigration Act when I brought it to the
Cabinet of President Mbeki. We moved in the wrong direction as a country and we
never resolved the rising tensions. It’s time to do that now, before it is too late.
We dare not forget or disregard all that was done for us by African leaders like His
Excellency President Olusegun Obasanjo. As a Member of the Commonwealth
Eminent Persons Group, General Obasanjo revealed to the world the real conditions
of our people under apartheid. He supported us in our stand against the regime’s
plan to deprive us of our citizenship.
In fact, on the very day that Transkei took so-called independence, President
Obasanjo arranged for me and my wife to be in Nigeria so that I could avoid
attending Transkei’s independence ceremony. General Obasanjo invited me to
Nigeria again this year, where I delivered a lecture in celebration of his 82 nd birthday.
This is one of the giants of Africa. What are we doing to his people?
I have been a guest of President Hastings Banda in Malawi. I was received by His
Imperial Majesty Emperor Haile Selassie in Ethiopia. In Addis Ababa I was received
by the Under-Secretary of the OAU, Dr Peter Onu. In Liberia, President Tolbert
bestowed upon me a National Order, The Knight Commander of the Star of Africa.
And when the OAU bestowed a posthumous award on my mentor Inkosi Albert
Luthuli, I accompanied MaNokhukanya Luthuli to Maseru to receive the award from
His Majesty King Moshoeshoe II.
Our struggle is tied to the struggle of these countries throughout Africa. They fought
colonialism just as we did. And they sacrificed to see us liberated. So when I say that
we are one family, I am speaking the truth. Just recently, when my wife passed
away, His Majesty the King of Lesotho paid a visit to my home to comfort me.
We are brothers in Africa.
Yes, South Africa is struggling economic hardship. Our country is in crisis. The cry of
our people has not fallen on deaf ears. But if we turn our despair, our anger and
frustration against our brothers, we will start a feud that can only end in tragedy. We
are fighting our own family.
Friends, I am a Christian. I believe what the Bible says. It says, quite clearly –

“When a foreigner resides among you in your land, do not mistreat them. The
foreigner residing among you must be treated as your native-born. Love them as
yourself, for you were foreigners in Egypt…” (Leviticus 19 v 33 and 34)
“Let them live among you wherever they like and in whatever town they
choose. Do not oppress them.” (Deuteronomy 23 v 16)
“Do not take advantage of a hired worker who is poor and needy, whether that
worker is a fellow (citizen) or a foreigner residing in one of your towns… Do not
deprive the foreigner or the fatherless of justice.” (Deuteronomy 24 v 14 – 17)
“Cursed is anyone who withholds justice from the foreigner.” (Deuteronomy 27 v 19)
“Do not oppress… the foreigner… Do not plot evil against each other.”
(Zechariah 7 v 10)
I cannot put it more clearly. This is not my instruction, but God’s. Let us be led by our
moral conscience.