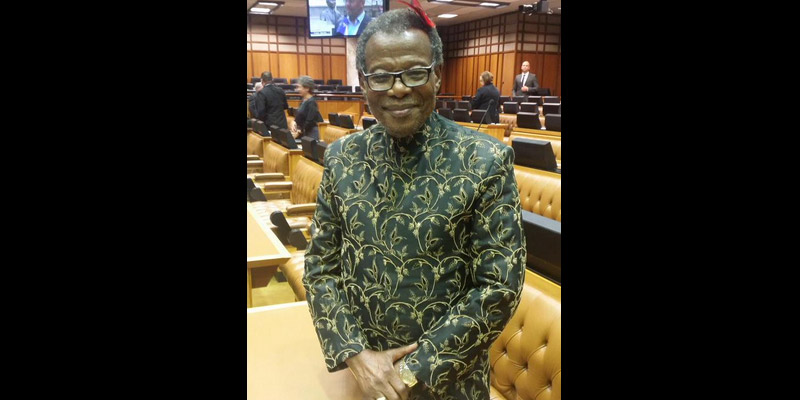 2015 State of the Nation Debate

What happened last Thursday was an embarrassment to our country that should make us deeply ashamed. The integrity of this House was torn to shreds in front of our honoured guests, diplomats, dignitaries, and the citizens we serve; leaving us with fundamental questions that must be answered.

Today, however, lest we fail our people again, let us focus the debate on responding to SONA.

Last Thursday, Mr President, you quoted many numbers. Our citizens could quote many more.

Like R300 billion; which is the loss to our economy from an unstable electricity supply. Or R45 million; the Presidency’s unauthorised expenditure over just two years. Or 3,2 million unemployed youth; who are frankly unimpressed by 203 000 jobs being created. What about 23 million; the number of South Africans living below the poverty line?

There are many significant numbers we should be talking about. But today, I want us to focus on just three: 164, 15, 40.

164 is the difference between a child born into our poorest community, and one born into our most affluent suburb. A South African household living on the poverty line would need to save every cent of its income for 164 years to put a child through one of South Africa’s elite schools; a school with a laboratory, a computer centre and a solid maths programme. 164 years.

That is the level of inequality that exists after 21 years of an ANC government.

Isn’t it time they started being honest with us?

In 1994, the ANC promised a better tomorrow. In 2015, they are still promising a better tomorrow. But now we know that when they say “tomorrow”, they mean some time in the next 164 years; provided that corruption disappears, the energy infrastructure doesn’t collapse, and our economy miraculously discovers a way to pay back the mounting debt this Government is accumulating.

I urge you, Mr President, not to ignore the meaning of the Presidential Infrastructure Co-ordinating Commission, when it points out “bureaucratic squabbling”, “poor planning” and “weak execution at different levels of government”. The words, “we will not meet the manifesto target” mean simply this: the ANC has misled the electorate.

It is not enough to say that 92 schools have been built. It’s an improvement on the 33 built over ten years in KwaZulu Natal. But it comes nowhere near the 1000 promised in the ANC’s election manifesto. It’s nowhere near good enough.

We can commend only the strides made in fighting HIV/Aids. In this I give credit where credit is due.

But in so many other areas, the ANC doggedly pursues bad policy. Our economy’s “major push forward” will not come from “boosting the role of state owned companies”. When Eskom needs another R23 billion and SAA can’t afford to fly internationally, it’s time to stop “supporting state owned companies”. Pouring good money after bad won’t ignite growth. Consider the UK’s example: Prime Minister Thatcher privatised parastatals and the economy dramatically turned around.

Instead, as one Business Day reader points out, the ANC is now inclined to follow the Russian policy of “maskirovka”, which Stalin once confessed to Churchill meant denial, disinformation and deceit.

164 symbolises every broken promise and every leadership failure under the ANC.

The second number I want us to focus on is 15. Fifteen is the number of months we have left to awaken South Africa to the power and responsibility we hold in our hands. In 15 months’ time, we will vote in Local Government Elections. This is our chance to change who runs our municipalities and to put watchdogs in place in municipal councils.

This is our chance to change 164, and to make “tomorrow” a day we will actually see.

The third number is 40. There is in South Africa only one political party with 40 years of experience in governance. There is only one party that hasn’t abandoned its founding principles or somehow changed its values over the course of 40 years.

In 1975 Inkatha yeNkululeko yeSizwe was founded on the liberation principles that my uncle, Dr Pixley ka Isaka Seme, laid at the foundation of the South African National Native Congress in 1912. The principles of equality, inclusivity, negotiation and non-violence.

Soon a million card-carrying members of Inkatha rallied under the black, green and gold; the colours of the liberation movement. I was raised in the ANC Youth League and Inkatha was founded in the mould of the ANC. We shared the same goal of freedom and the same principles.

There came a point, however, when our organisations split, for our ideologies no longer coincided. The ANC abandoned our founding principles, engaging an armed struggle and people’s war. In the midst of bloodshed and division, it was left to Inkatha to continue the legacy of our original struggle.

Thus Inkatha built bridges across racial divides. I brought different peoples together, first through the Buthelezi Commission, then the KwaZulu/Natal Indaba, which gave us South Africa’s first non-racial, non-discriminatory government in the KwaZulu Natal Joint Executive Authority. We proved – long before 1994 – how governance for all, by all could be achieved.

The South African Black Alliance, which I chaired, included Africans of many ethnic groups, Indians and Coloureds. I worked with Mr Colin Eglin, Dr van Zyl Slabbert and Dr Zac de Beer of the Progressive Federal Party. I counted individuals like Ms Helen Suzman and Alan Paton as friends. Even ten years into democracy I reached out for inclusivity when I established the Coalition for Democracy with Mr Tony Leon.

Inkatha sought to engage parties across the political spectrum, advocating level-headed debate and genuine engagement on the issues. We did this in an environment of firebrand rhetoric and political agitation, with the hope of bringing solutions that every South African could embrace.

We seek to unite, not divide our nation. Forty years later, the IFP remains committed to the founding principles of the liberation struggle. They are our principles; principles that we never abandoned.

We look now to the state of our nation with deep concern. With increasing political divisiveness, social anarchy, government incompetence and economic decline, the ANC’s response is securitisation and consolidating political power.

This trajectory bodes ill for our nation.

Mr President, if the ANC returned to the founding principles of 1912, the IFP would stand with the ANC. But while self-deception bars the ruling party from doing what needs to be done, the IFP must stand in opposition.

We stand as custodians of the principles of our liberation struggle. We stand as a party that seeks unity in our nation, not division; that seeks justice, not retribution; that seeks liberty, not dependence; and stability rather than insurrection.

Mr President, unless integrity, competence and accountability are restored to South Africa, we remain on a dangerous path.

If I had to stand alone pointing the way to salvation, I would. But thank God, I stand instead with millions of individuals who share my conviction that there is a better way. I ask them to stand with the IFP.

Let us remember these numbers: 164, 15, 40. While last Thursday did not inspire hope, there is hope for change.