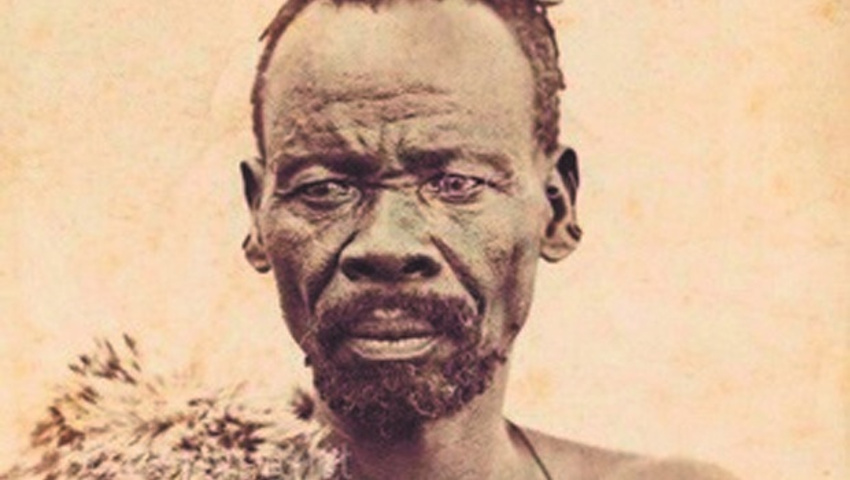 ON THE THEME
“POLELO YA SEPEDI – BOHWA BJA RENA”

I am honoured to have been asked to speak today as we commemorate a giant of Africa, King Sekhukhune I. King Sekhukhune reigned at the same time as King Cetshwayo ka Mpande, and together they fought against the colonisation of our land. They drew strength from one another for this fight, and although they both experienced defeat, they created ties between our people that cannot be broken.

Their friendship was such that King Cetshwayo sent a thousand gold sovereigns to King Sekhukhune I to support him in his fight against the British. At the time, people walked wherever they went. They didn’t even have horses. Thus the messenger sent between the kings had to undertake a significant journey.

I find it quite tragic that King Sekhukhune was assassinated on the eve of King Cetshwayo’s visit to Queen Victoria. While he was still in London, King Cetshwayo received the news of his friend’s death.

I can imagine his surprise when The London Times carried a lengthy editorial dedicated to King Sekhukhune. It was unusual in 19th century London for any newspaper to write about African leaders. So this gives the measure of their respect for King Sekhukhune, even if was grudgingly given. As we commemorate King Sekhukhune I, I would like to read a portion of that editorial from The London Times – “We hear this morning from Durban of the death of one of the bravest of our former enemies, the Chief Sekhukhune. He with his son and fourteen followers, has been killed… The news carries us some years back to the time when the name of Sekhukhune was a name of dread, first to the Dutch and then to the English Colonists of the Transvaal and Natal… It was, indeed to a great extent the danger caused by the neighbourhood of this formidable chief that led to the annexation of the Transvaal by England. When war was declared against the Zulu king, operation went on simultaneously against Sekhukhune and early in 1879 his stronghold was attacked… Obstacles stood in the way of these operations, and when after Ulundi, Sir Garnet Wolseley entered the Transvaal, he endeavoured to humiliate the Chief.

But Sekhukhune was safe, as he imagined, in an impregnable mountain fortress, and scornfully rejected the terms offered by the British General. It became necessary to attack him in force. A combined movement of columns, containing 2,000 English and 10,000 Swazis and other native troops was planned and carried out with great skill, and on the 28th November, 1879, the kraal was taken by assault. Still the Chief and a great number of his men held the ‘koppie’ and from the caves and cracks in the rock they poured an incessant fire upon their assailants. At last the Summit was gained, and after a desperate and sanguinary struggle, the enemy was subdued. Sekhukhune however, like Cetshwayo, succeeded in escaping and was only captured a few days later. He was treated for a time as a State prisoner and his land was settled somewhat after the Zulu manner…”

King Cetshwayo left London with the Queen’s permission to rule over a small portion of his Kingdom. Following the Battle of Ulundi which ended the Anglo-Zulu War, the Zulu Kingdom had been artificially divided into 13 kinglets, setting the stage for inevitable civil wars. This was part of the British Empire’s strategy of “divide and conquer”. And it succeeded. Less than a year after his return, King Cetshwayo was forced to flee to Eshowe where he died in 1884.

Thus the Bapedi Nation and the Zulu Nation share a painful history of tragedy and injustice. Our kings were imprisoned and our land was taken. We both have waged an enduring struggle for the restoration of our kingdoms. Even now we share a struggle, for we continue to battle the oppression of our people; not by foreign powers, but by the pervasive evils of economic hardship.

It is more than a hundred and thirty years since the time of King Sekhukhune I. Much has changed in our country, not least the achievement of democracy that has seen us become equals in our land and united as a nation. But we are a nation of diversity, and that is a good thing. We have a rich inheritance through our cultures and traditions. South Africa is enriched by the complexity of identities that live under one flag.
We are united by a Constitution. It is a Constitution that recognises the institution of traditional leadership. But unlike other aspects of our Constitution, this has not resulted in comprehensive legislation to define and protect the role, powers and functions of traditional leaders.  For years I have called upon Government to enact a single law that fulfils this important purpose. But this has not been done.

Instead, one piece of legislation after another has reduced our role, limited our functions and curtailed our authority, reducing traditional leadership to a largely ceremonial function.

Traditional leaders play an essential role in every aspect of good governance and social cohesion. But neither legislation nor Government seem to have grasped the value of traditional leaders beyond our political value. We must confront the truth.

We are severely restricted in what we can actually do, even in terms of supporting municipal governance. In terms of legislation, only 20% of traditional leaders may attend municipal council meetings, and none of them may vote. They are not on par with municipal councillors and cannot expect their participation to have any binding influence. Moreover, the MEC determines what their actual role is and what form their participation will take.

It is painful to know that all this has been done by a black government, to their own people. On the eve of the first Local Government Elections, seventeen years ago, traditional leaders pointed out that the envisioned role, powers and functions of municipalities would overlap and override those of traditional leaders. Despite repeated assurances from Government that this would not happen, it was about to happen.

This prompted President Mbeki to state in Parliament, and in a letter to the Chairman of the National House of Traditional Leaders, that he and his Government were committed to respecting the powers of traditional leaders and restoring their full measure and dignity, if such powers were obliterated or diminished.

This presidential intervention finally led to a negotiating process, and eventually to the appointment of an Ad Hoc Committee of Cabinet members and Deputy Ministers, headed by the then Deputy President Jacob Zuma, and mandated with the task of solving the impasse. After extensive negotiations, the Committee and a delegation of the Coalition of Traditional Leaders reached a formal agreement, which was signed by Deputy President Zuma and Inkosi Holomisa on the eve of the local government elections.

In terms of that agreement, traditional leaders undertook not to boycott the elections in consideration of the formal promise that Chapters 7 and 12 of the Constitution would be amended to ensure that the powers and functions of traditional leaders would not be obliterated by the implementation of the Municipal Structures Act and other municipal legislation.

As traditional leaders, we had a community governance structure that worked, was fair and produced good results for our people. But Government sought to chop and change it into something different, and is now grappling with the problems, contradictions and difficulties it has created.
In the end, it is our people who suffer. There are many and diverse problems faced by our communities. Many families who used to live off the land are now dependent on social grants. Poverty is more visible, more pressing and more of a threat than ever before, and the problem of food security is increasing.

Traditional leaders can promote sustainable rural development to address these problems. We can promote the sustainable use of our natural resources. We can drive economic development in our communities. But we must be empowered by legislation and funding to do what we are capable of doing.

The ideal of social justice is enshrined in our country’s Constitution. But social justice has not yet been achieved. As a leader in South Africa, at a political level, in Parliament and also as a Traditional Leader, I carry the responsibility of leading the charge. My people look to me with the expectation that I will provide answers and solutions. It is not an easy position to fulfil.

I know, therefore, that a tremendous burden rests on the shoulders of Kgošikgolo Sekhukhune. I respect him, as my great grandfather respected King Sekhukhune I. I believe that we must draw strength from one another, just as our ancestors did. We must be encouraged by the leadership we see in each other, and inspired by the success stories of our people.

As much hardship as our people face, there are success stories. I am not talking about individual people who make it big and become rich. I am talking about the stories of people who dedicate their lives to helping others, to developing their communities, empowering the youth, challenging injustices and changing lives. These are the people building our nations, and strengthening the one nation of South Africa.

We give thanks today for the 21 year reign of King Sekhukhune I. We remember his leadership and his brave fight. We honour the heritage that he created. When we remember the strength of our ancestors, we too are able to stand strong.

I therefore thank Kgošikgolo Sekhukhune for arranging this annual commemoration. We appreciate his wisdom. May the Bapedi Nation be blessed.