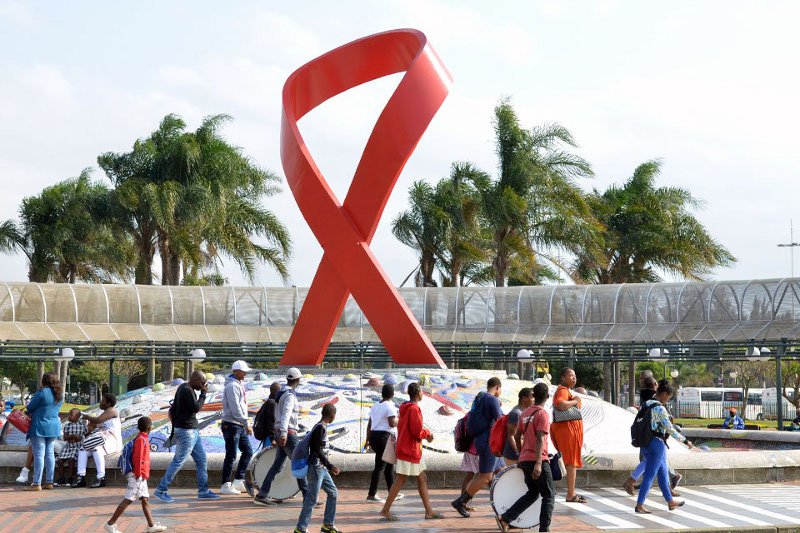 On Tuesday morning South Africa awoke to news headlines heralding Government’s success in the fight against mother-to-child transmission of HIV/Aids. This was the leading story on the opening of the week long 21st International Aids Conference being held at the Durban International Convention Centre.

This is a real success story; but the full story wasn’t told.

As I listened to HRH Prince Harry and Sir Elton John speaking on Thursday, I felt a deep sense of appreciation for the work being done across the globe to fight HIV/Aids. I have championed this fight for decades. I was the first South African leader to speak out about Aids at a time when no one mentioned its existence. The stigma around HIV/Aids was huge and the disease was largely misunderstood.

I remember my devastation when a young man was shot in KwaMashu, simply for being HIV positive. At that time, when anyone died of Aids, their death certificate would read “TB” so the family of the deceased would not be ostracised by their community.

We didn’t stand a chance in fighting HIV/Aids, because the silence kept people uninformed and superstitious. I knew that I had to act to change this. Thus when my son, Prince Nelisuzulu Buthelezi, died on 24 April 2004, I stood at his graveside and openly declared that he had lost the battle against Aids.

I was not expecting the overwhelming positive response from international activists and NGOs. People from across the world thanked me for speaking up, and suddenly the wall of silence came down. A few months later, former President Nelson Mandela lost his son, Inkosi Makgatho, to HIV/Aids, and he too stood up and spoke about it openly.

At last people started speaking about what caused Aids, how to prevent HIV transmission, where to get tested, how to live more responsibly and what to do for the millions of people already suffering from this disease. Information proved to be the tool that slowed the terrible onslaught of infection.

My family was robbed again on 5 August 2004, when I lost my daughter, Princess Mandisi Sibukakonke, to Aids. Because I have experienced the loss that so many of our people endure, to me the fight against Aids has been personal. To this day I wear the red Aids ribbon on my lapel; not just on December 1st, but every day of the year.

To me, there is value in telling the full story of our success in preventing mother-to-child transmission.

When the IFP governed KwaZulu Natal, our Premier, Dr LPHM Mtshali, instructed that the anti-retroviral Nevirapine be rolled out to all clinics. Evidence had shown that a single dose of Nevirapine to an expectant mother, and a single dose administered to her newborn baby, significantly reduced the risk of HIV/Aids transmission from mother to child. Across KwaZulu Natal, thousands of lives were saved.

The IFP then challenged national government to do the same for women throughout South Africa, but they claimed it could not be done. This made no sense to us, as the IFP had elicited a commitment from the international pharmaceutical company, Boehringer-Ingelheim, to provide Nevirapine for free for five years. What was preventing the Government from acting with the urgency the pandemic demanded?

It was a very sad time for our country as the then head of state and government was in denial. Even in Cabinet he would talk about HIV not being the cause of Aids. On trips abroad, he would say that he was not aware of anyone who had died from Aids.

On behalf of affected South Africans, the Treatment Action Campaign took national government to the Constitutional Court in an attempt to force them to fulfil the constitutional mandate of protecting the right to life. But again before the Court, government averred it was logistically impossible.

Obviously the Court could not instruct government to do something that could not reasonably be done. Thus the IFP joined the court case as amicus curiae, a friend of the court, and provided evidence that it was not only possible to roll out anti-retrovirals, but that it was already being done, efficiently and with great success in KwaZulu Natal. The IFP’s intervention enabled the Constitutional Court to instruct that national government follow suit.

That was 14 years ago. Today, the rate of mother-to-child transmission of HIV/Aids has dropped dramatically. It’s one of the greatest successes we have had in the fight against HIV/Aids. It is mentioned whenever the President speaks on the subject, and it was the centre of discussion in Durban this week.

How sad that the full story isn’t being told. But, I suppose, how predictable.

The international fight against HIV/Aids remains an issue close to my heart. It will be so for whatever is left of my own life.