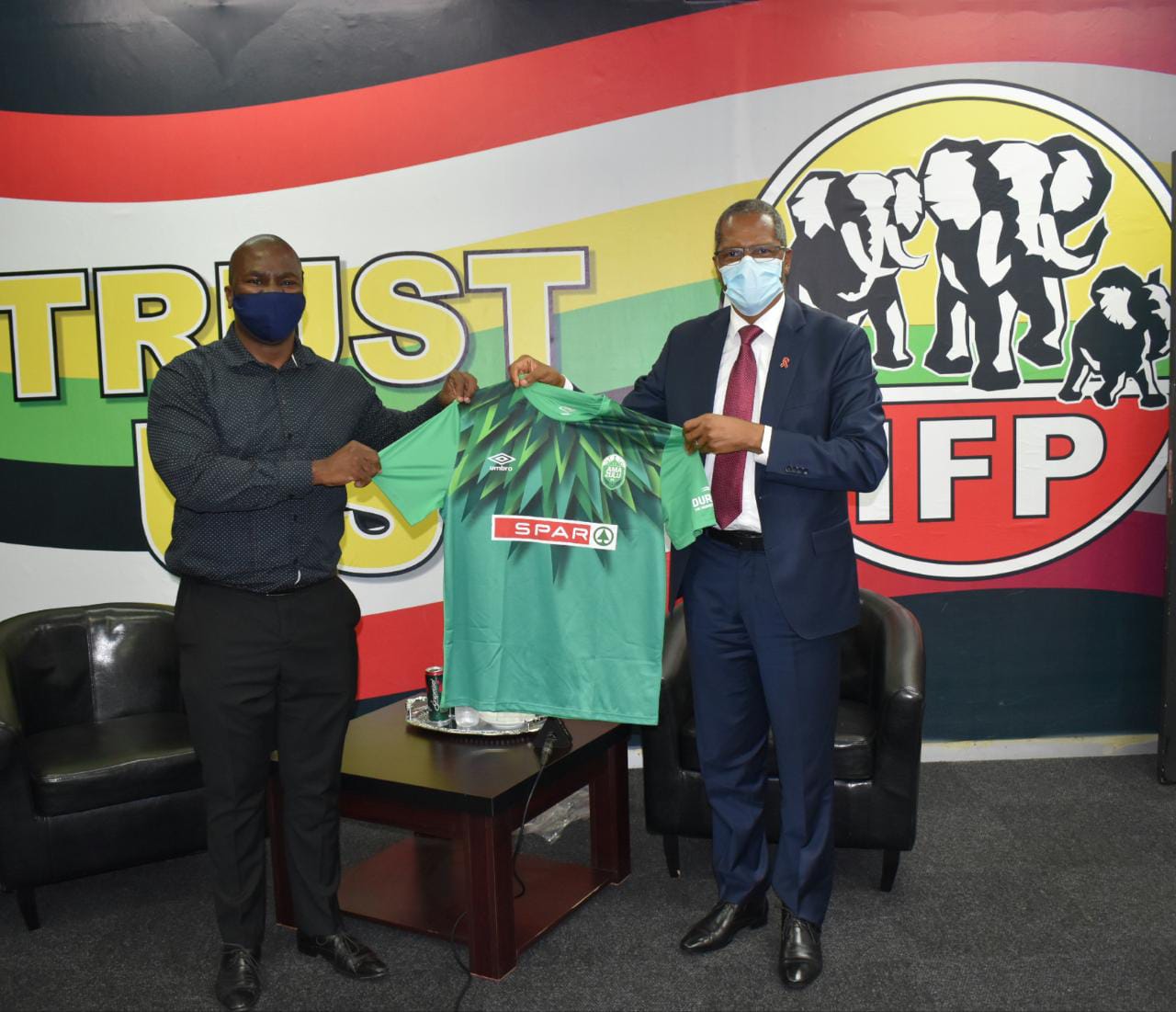 Representing Amazulu FC, Phumlani Dube said his team is excited to honour the esteemed leader with their regalia. He went on to reiterate that in an often divided world, sport will always serve as a thread that binds people together.

Hon Hlabisa congratulated the Amazulu Chairperson Mr. Sandile Zungu and the whole team for clenching into the 2nd position on the DSTV Premier Soccer League log table. He also congratulated the club for officially becoming the DStv Premiership Q-Innovation Quarter Three Winners through their impressive performance in the last eight matches – which is an unprecedented stride for the team.

Hon Hlabisa applauded the chairperson and his team for doing what was deemed impossible within a short space of time. He also expressed his gratitude towards the players for their hard work, determination and for playing a ‘beautiful game’ on the field.

President Hlabisa extended his gratitude to the team management for restoring pride in the province of KwaZulu-Natal, where the club is based.

He closed off his remarks by assuring the team of his full support.