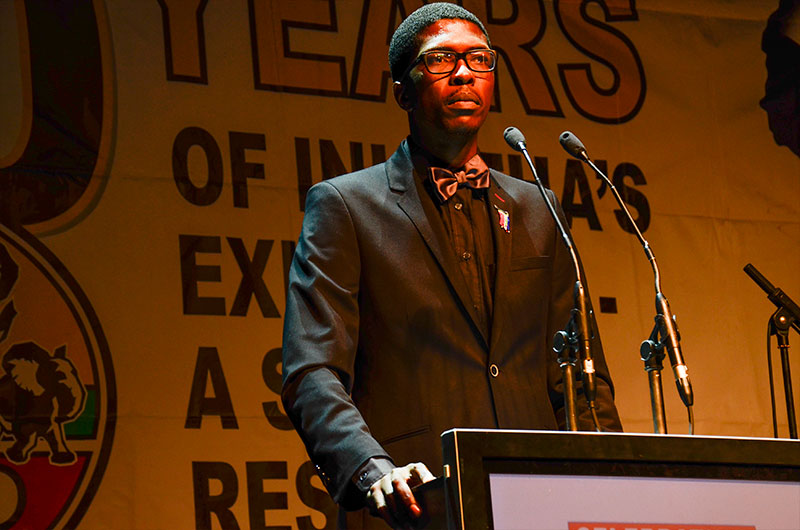 The ANC is running scared in Jozini

Member of Parliament Mkhuleko Hlengwa told the National Assembly that the African National Congress was running scared at Jozini Local Municipality, and neglecting its responsibility to the people in that community.

According to Hlengwa, that municipality has yet to be constituted and that is primarily because the ANC has failed to help form a government. He called the governing party’s behaviour selfish and inconsiderate. There are indications that the ANC might call for a rerun at that municipality and Hlengwa said that IFP was completely comfortable with that too.

What he could not stand for though, was the refusal of the ANC to make any meaningful contribution to the current constitutional crisis facing the municipality. He said a council needed to be formed, adding that it could not be done if the ANC continued with its dithering.

“During the campaign we were bombarded with people saying ‘abanavalo’, to dabbing. Post elections there was ‘uvalo’ and a major drubbing, and that is a case in point in Jozini, where on three occasions, the ANC, has requested a caucus and left because they do not want the municipality to be constituted,” Hlengwa told the National Assembly.

“The people who are a roadblock to service delivery is the ANC. They request five minute caucuses, leave and never come back because they know that uvalo is living amongst them on a daily basis.

“Jozini and uMkhanyakude have a problem of water. There is a drought, and the municipality cannot be constituted and the ANC now wants a rerun of those elections. The message of very clear, you can run but you cannot hide,” added Hlengwa.

Throughout this election cycle the IFP has maintained that the ANC has failed to deliver on its mandate at that municipality, adding that the community had now turned on the party there. The post election results prove that. Hlengwa said no amount of stalling would hamper the progress that has been made by the IFP at Jozini.

“If you want a rerun you are going to get a rerun and we are going to drub you again, because the people know that you are in it for positions.

“Get back into the chamber of Jozini and let us elect a council. But if you want a rerun, rest assured you will meet us waiting for you. You cannot continue doing this at the expense of the people, compounding their poverty and their suffering,” added Hlengwa.