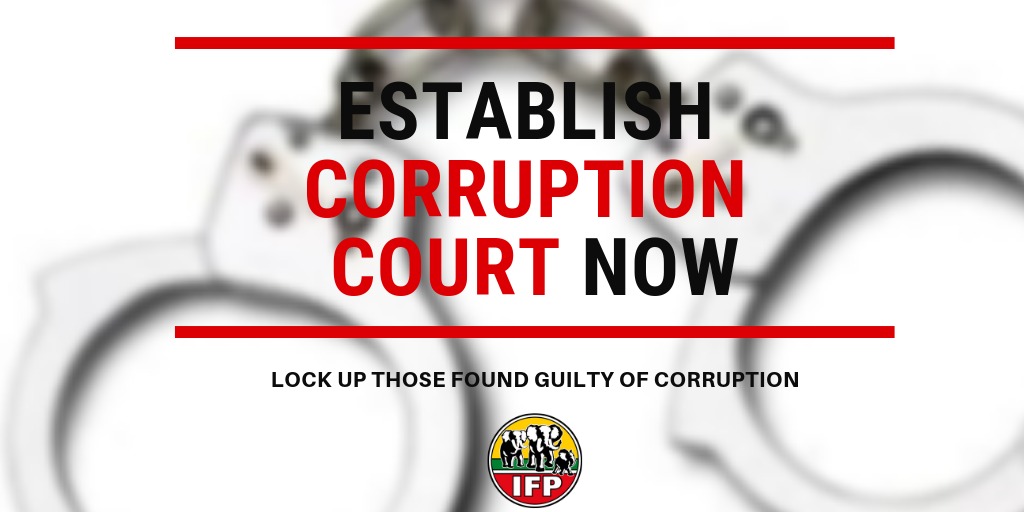 The IFP calls on government’s Anti-Corruption Task Team (ACTT) to investigate all officials and members of the ANC and EFF implicated in the VBS forensic report.

After studying the report dubbed “The great bank heist” the obvious lapses are evident. There were no controls, no adherence to regulations and an organised syndicate was at play. We call for the ACTT to follow the money post leaving VBS.

Moreover the ANC in Limpopo must also be investigated and all the municipal managers of municipalities who made deposits to VBS and contravening the Municipal Finance Management Act.

Of further concern is the Home Loan to fund the bond costs of Nkandla, which former President Jacob Zuma, received from VBS; this transaction is now questionable and must also be investigated by the ACTT.

Now would be an opportune moment for President Cyril Rampahosa to establish a National Task Team to assess the Banking Practices of all Banks particularly adherence to regulations; and determine collusion and corruption amongst banks.

The damning report into VBS bank and the scale of looting by government officials, political parties and bank officials must see urgent action taken by law enforcement authorities and those implicated must face the full might of the law.

The IFP believes that our country needs to establish a Corruption Court to deal with various allegations related to transgressions of the PFMA, MFMA and other Treasury Regulations and Auditor General findings in order to fast-track cases and to ensure that justice is served swiftly.