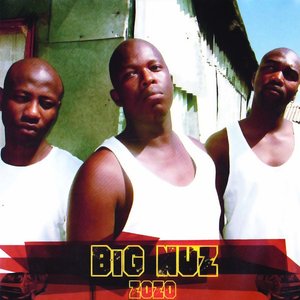 The Inkatha Freedom Party cautions artists not to stifle their careers by aligning themselves to political parties as happened with the group Big NUZ.

“The IFP had secured the performance of Big NUZ for our Siyanqoba Rally via their Artist Manager, Nkule Shezi and had paid the performance fee they requested. They were fully aware that this was an IFP event. After we placed an advert in Isolezwe on 26/07/2016, in which the group was mentioned as one of performing acts, we received a call from Miss Shezi to say that they were cancelling the performance. We were utterly disappointed to see on Instagram and Facebook our advert “defaced” and portrayed as “False” by Mampintsha, one of the group’s members. We then saw an article in the Isolezwe where the group’s owner, Tira states that their manager was not aware that the group was booked elsewhere. We view this saga as highly unprofessional and career-destroying”, said IFP National Chairman, Mr Blessed Gwala.

“It is clear to us that Big NUZ has been captured by provincial government departments and the eThekwini Municipality to perform at their events. In this way tax payer’s money is abused for party political purposes. As a political watchdog, the IFP will monitor how many government contracts Big NUZ gets as opposed to other artists. The public purse should never be plundered to benefit a few at the expense of many other talented artists.

It is clear that the group was pressurized politically to pull out of the IFP event after our advert was published. Artists who align themselves politically will destroy their careers. This is one of the reasons that our artists are unable to successfully grow their careers. They must realize that it is not government departments that buy their music, it is the masses of people who belong to all political parties who support them. It is therefore not in the best interest of artists to bow to political pressure after agreeing to a contract and receiving full payment only to pull out after the event is advertised. Big NUZ must remember that there are thousands of IFP members who support them and if Big NUZ continues to conduct themselves in this manner, we will consider calling upon our members to stop supporting Big NUZ in the future”, concluded Mr Gwala