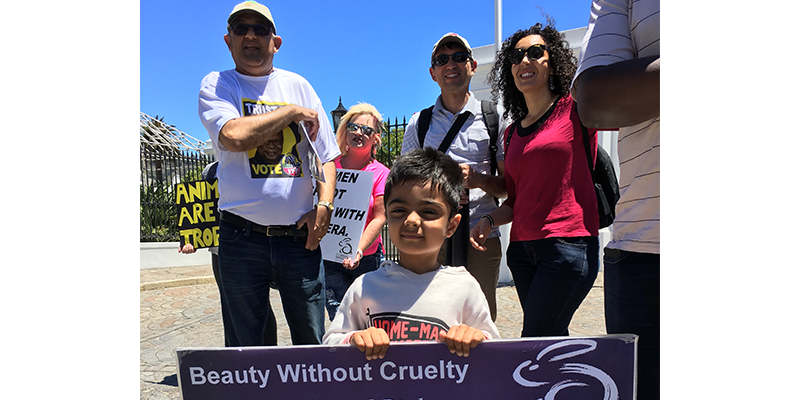 Beauty Without Cruelty, Campaign Against Canned-Lion Hunting And Other NGO’s And Interest Groups

Receipt And Facilitation Of Delivery Of Memorandum Of Protest To The Minister’s Of Environmental Affairs And Agriculture, Forestry And Fisheries
Remarks By
Mr Narend Singh, MP
(Chief Whip Of The Inkatha Freedom Party In Parliament And IFP Spokesperson On Environmental Affairs)

Representatives of the various NGO’s, ladies and gentlemen,

I am honoured to receive and facilitate delivery of this memorandum of protest, on behalf of His Excellency, Prince Mangosuthu Buthelezi, MP, and to deliver same on your behalf, to the Ministers of Environment and Agriculture, Forestry and Fisheries.

As you may know, Prince Mangosuthu Buthelezi, has a long and distinguished history in conservation in South Africa, dating from as far back 1975. He played a significant role in conservation working with people like Dr Ian Player and Mr Nick Steele, and in fact established South Africa’s first department of environmental affairs. He also recently, together with Adv. Anthony Mitchell from my office, facilitated and received from Four Paws International, over 550 000 hard-copy petitions from people the world over demanding an end to the barbaric practice of canned or captive-bred lion hunting in South Africa.

Conservation is also close my own heart, having served as MEC of Environmental Affairs in the province of KwaZulu Natal for 7 Years and I know only too well the dangers that beset our Lion, Rhino, Elephant and other wildlife in South Africa.
The Inkatha Freedom Party has participated in the Global March for lions since its inception in 2014. We regularly raise the plight of our lion, rhino and elephant through debates, member’s statements, questions to ministers and national press releases and will continue doing so until this barbarity is driven from our borders.

It goes without saying that the canned or captive bred lion industry is an abomination and against all good conscience. The movie ‘Blood Lions’, which is currently receiving global acclaim, must be applauded for its articulate and factual exposing of this horror trade to the world.

The truth is that this is a ruthless industry which with extreme cruelty separates lion cubs from their mothers at birth, exploits them as cubs for commercial gain through cub-petting and other practices and then once fully matured, tamed and socialized, sells them to hunting farms who then drug these majestic animals in preparation for some wealthy pseudo-hunter to kill.

These cowards then usually pose with the dead lion for a few celebratory facebook pictures and then have the trophy sent back to their country of origin.

In September Adv. Mitchell and myself, upon the kind invitation of Four Paws SA, were able to attend a few sitting days of the CITES COP 17, held in Sandton. There we met with and pledged the IFP’s full support to all members of the Lion working group who were working on the CITES proposal to upgrade African Lion to Appendix 1.

Unfortunately this Appendix 1 status did not materialize, not even after the passing of a motion at the IUCN World Congress held recently in Hawaii, which implored the South government to enact legislation to criminalize such hunting practices.
It appears that our government continues to live in denial that this practice even occurs, and the Minister herself will tell you that it is currently illegal in this country and does not occur. We all know however that this is not the case and that through numerous legislative loopholes it in fact continues unabated.

What I can report though is that Minister on Environment has personally requested Prince Buthelezi to bring her evidence of names of farms where these captive bred hunting operations are being conducted, with a view to her own green scorpions investigating such operations and we are currently working on this list.

In respect of Rhino poaching, the IFP also plays an active role working together with conservationists and law enforcement in ensuring that the plight of our rhino receives maximum attention and government response. In a recent high profile case of an alleged rhino poaching kingpin in Northern KwaZulu Natal, the IFP, ensured that it had community supporters for our rhino at the courthouse and we will continue to do so as poaching robs our communities of their natural heritage, not only for them but for their future generations as well.

In conclusion, I would like to thank the event organizers for their time and efforts in holding events like these, which highlight the plight of our wildlife here in South Africa. Active citizenry is a blessing upon any nation and we salute and thank you for this. The IFP will hand deliver this memorandum to both Ministers offices, first thing on Monday morning.