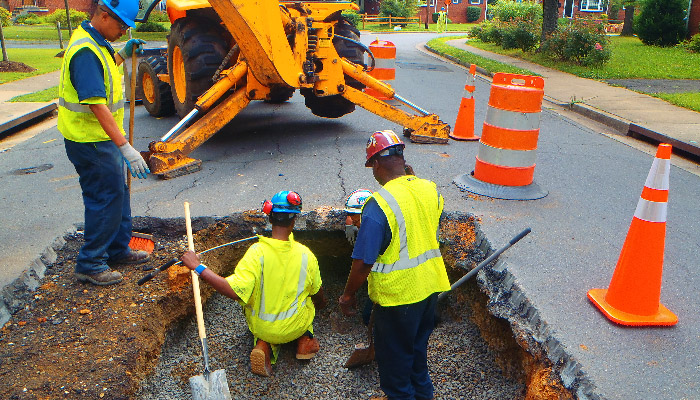 Hon. Chairperson and Hon. Members; I rise to make the IFP’s contribution to the debate on the Public Works Budget Vote.

The MEC has touched on the important subject that – although we celebrate a quarter century of freedom, the majority of our people stare poverty, inequality and unemployment in the face every day.

Hon. Chairperson, this is the gist of our mandate – to continue to strive daily to ensure that there is no one among our people who to bed hungry. We all agree on this mandate. We may disagree on how to realise this condition.

The MEC has articulated well the core functions of the Department of Public Works. They are noble and we fully support them as the IFP.

Surely the department must provide and maintain buildings and related infrastructure for the public sector in a cost-effective way, while simultaneously attempting to provide these services in a manner which is beneficial to the development of the previously disadvantaged.

Like other Departments, Public Works feels the burden imposed by the unhealthy economic climate in the country. Hence it has experienced what is referred to as cost-cutting measures.

Consequently, we do not feel positive that the Department will be able to achieve its mandate which inter alia
a) to be the custodian of government assets, ensuring their effective maintenance and upkeep.
b) ensure economic empowerment and skilling of our people through the Extended Public Works Programme (EPWP)

We say this without, playing down the MED’s positive attitude and boldness with regards to achieving her mandate.

Hon. Chairperson, we are delighted by the Department’s coming Youth-in-Construction gathering.

We are proud to be associated with this initiative. Because it began during the period of Hon. MB Gwala as MEC fpr Public Wokrs.

Hon. Chairperson, the IFP acknowledges the Department’s commitment to continued infrastructure planning and delivery. However, the IFP shares the report of our Portfolio Committee which expresses concern whether the Department does have the capacity to execute these tasks.

The IFP also hopes that, with this huge responsibility on its shoulders, the Department will ensure that it strives to shed the perception that infrastructure projects handed take long to be completed. It cannot afford to carry such an image because it must remain the IA of choice for all government related entities.

We however have noted the MEC’s commitment that the Department is re-positioning itself as implementer of choice.

The IFP fully supports the Department’s commitment to job creation. Indeed we also believes that the department of public works should be continuously active in exploring initiatives to expand job creation through labour intensive methods of production in collaboration with other departments.

Hence, despite the financial difficulties, we support the Department’s commitment to job-creation programs such as the EPWP and Izandla Ziyagezana Full-Time Equivalents. In addition, the Department commits itself to coordinating and monitoring of the Provincial EPWP to ensure that generates more work opportunities.

Speaking at the IFP’s Rally in Empangeni on 02 May 2019, the IFP President, Prince Mangosuthu Buthelezi said:
“I want to acknowledge the workers in our nation, for they are building the economy and making South Africa productive”

What our President was saying is that every worker, including those in EPWP, is a nation-builder and contributor to growing the economy of this country. It is for this reason that the IFP is eager to know if the Department does have a mechanism to measure the effectiveness of skills imparted by the EPWP on the unemployed and whether they make the difference in the lives of many people who have gone through the EPWP programs.

Lastly, considering the important role played by EPWP, we would have liked to see the fund increased.

We applaud the fact that the Department continues to maintain an accurate register of Provincial immovable assets. This reminds us that KwaZulu-Natal was the first Province in South Africa to table the Asset Register. That the MEC of Public Works at the time was Hon. MB Gwala from the IFP.

For this reason the IFP urges the Department to continue to be meticulous in maintaining an accurate register of state-owned property, such as land and buildings. Such register must also show under-utilized and unused state-owned property, which in the IFP’s view should be sold. The proceeds should be used to reduce the state’s crippling debt burden, thereby releasing state funds to address poverty and under development.

We also hope that the Department’s Register does also indicate the state of government buildings in the Province and the state they are in. We are saying this for we would not like to see a situation similar to the one in Gauteng where public servants nearly died because the building they were occupying was not in the required standard.

The government’s commitment to the upliftment of the poor is something the IFP fully identifies with.

History knows that when the apartheid government foisted upon us the Homelands policy, the Leaders of the of the African Nantional Congress, Inkosi Albert Luthuli and Mr Oliver Tambo sent a directive to their cadre, the Prince of KwaPhindangene, deploying him inside that enemy institution. He was given one mandate: to work inside government-created institutions with the objective to abort the pseudo-independence for KwaZulu.

History knows that by 1994, at the advent of democracy, not a single African of Zulu origin had been denationalized from South Africa.

But the Prince, leading the Inkatha ye Nkululeko yeSizwe,did more than just aborting independence ala’ Pretoria. History knows up to now he is the only Black leader to have established a university; the only leader who turned a veld into a town in Ulundi.

We note that the Department has finalized 177 investigations as well as 265 disciplinary cases, in the past term.

Again on behalf of the IFP, I wish to first express our gratitude from Hon. Ravi Pillay the former MEC for the manner he led the Department. We also congratulate Hon. Peggy Nkonyeni the new MEC for her new deployment. We will continue to positively play our oversight role without any bias. Lastly, our thanks go to all officials of this Department.