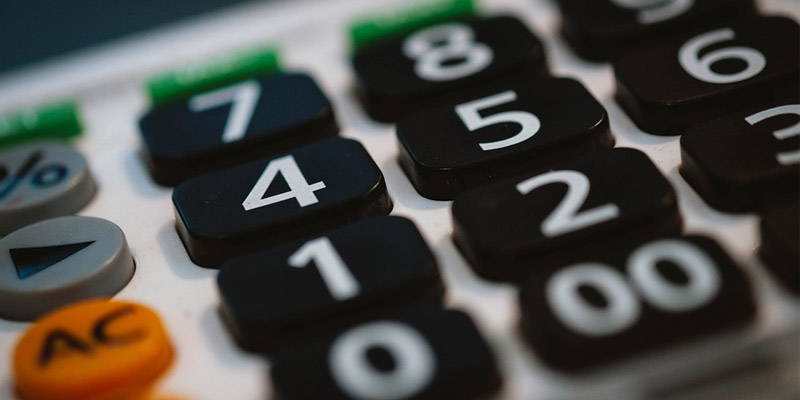 Budget Debate On Vote 1: Office Of The Premier

The Inkatha Freedom Party acknowledges the allocation of R742 million to the Office of the Premier for the 2017/2018 financial year.

The ultimate challenge of the Office of the Premier and the Hon. Premier, who is its public face, is to provide leadership in the province where fiscal discipline and frugality were deliberately neglected in the past. We expect nothing less from the Hon. Premier than to lead by example.

The IFP has broadly embraced the current provincial budget with its commitment to curbing reckless expenditure. But we fear that it may, like the previous budgets that led to multi-billion rand over-expenditure and flounder on the ground, if mismanagement and corruption in government is not addressed first. In his State of the Province Address, the Hon. Premier committed his government to clean governance.

The Office of the Premier is the hub of the provincial government and its role is to ensure coordination, monitoring, evaluation and accountability of individual departments. This government’s intentions are generally good, but the wheels always fall off along the way due to cadre deployments and maladministration.

In this regard Professor Mills Soko who is the Director of the Graduate School of Business at the University of Cape Town recently wrote :

“Politicisation of the public service has been driven by the ANC’s strategy to instil party members in administrative offices and control top government appointments. It has also been motivated by a desire to exercise institutional control, especially control over government policy. This politicisation has had detrimental effects in the form of increased clientelism, cronyism and corruption within the South African public service.”

I would like to touch on one of the core functions of the Office of the Premier and that is “To facilitate the smooth functioning of the Royal Household Trust”. It is embarrassing for this legislature that this department is failing to meet its obligations to one of the most important citizens of our province, namely His Majesty the King.

In addition there are still concerns regarding the transfer of staff from the Department to the Trust. Since negotiations with organised labour have not been finalised, this situation can end up costing tax payers huge amounts of money.

I want to urge the Hon Premier to prioritise this matter so that as a province we do not waste more public funds.

His Majesty also questioned why the Legislature has done away with the Royal Councillor position whose job it was to act as liaison between the King and the Legislature about the work of government. It would be wise for the Hon Premier to provide an answer to His Majesty about this matter.

As Head of Government in the Province, the Premier and his Department has the task of providing strategic leadership and direction for the provincial government. In view of the extremely high unemployment rate and ever deepening poverty, this department needs to play a pivotal role in attracting investment that will create sustainable jobs in the province.

This means that as part of your Policy and Governance you must take the people of KwaZulu-Natal into your confidence and implement policies that are amenable to job creation.
The Office of the Premier must take the fight against corruption further and assist this Legislature as well as the wider public with opening access to the many outstanding forensic investigations which we have long been calling for. We expect to see the Premier being vocal and taking action even against his comrades without fear or favour whenever the allegations of corruption arises. We would not like to see thousands of people taking to the streets and calling for the Hon Premier to go, as we have seen with regard to the President of our country.

Ethical leadership and vigilance are critical to combating corruption. Conversely, when leaders fail to embrace compliance, it will send a contradictory message within the government about whether the commitment to ethical governance  practices is truly important. A leader who exhibits a “win at all cost” mentality may intentionally or unintentionally communicate to employees that compliance takes a back seat to profits and weaken government’s core function of serving the people.

There is an urgent need for the Premier to demonstrate political will to curb corruption. He should improve governance and financial management by creating an enabling environment that bolsters transparency, accountability and integrity in public and private endeavours. Therefore, he should enact and enforce criminal laws that attract severe penalties on individuals and bodies convicted of graft.

Recently the media has reported on a multi-million rand community project that was launched amid much fanfare in 2013 by then Premier Zweli Mkhize in Ntambanana. This project was supported to develop 11 000 hectares to include pastures for dairy cattle, milking sheds, poultry fruit trees, a clinic and a skills training centre. Unfortunately all that the community now has is a project that is in ruins. Water tanks, a generator, a tractor and a water pump have been stolen and beds for the clinic are rusting away. The Department of the Premier should have been following up on projects that have been started by the incumbent’s predecessors. We cannot have a situation where huge amounts of money is invested in projects but these projects do not materialise and peoples’ expectations don’t materialise.

The IFP has often called for officials who have been found guilty of fraud, maladministration and corruption to be held personally liable for legal costs. Let us, here in KwaZulu-Natal start the ball rolling in this regard. It is incredibly important that people of KwaZulu-Natal do not become desensitised to corruption scandals because, left unchecked, corruption will be your undoing. Simply put, corruption destroys a government’s ability to fulfil its commitment to the people. It threatens the rule of law, it damages a country’s reputation and it drives away investment. But more interestingly it will remove you from power and that time is coming.

It is unfortunate that the Hon Premier’s task has been made all that more difficult because of selfish interests and short sightedness at the level of national government that as a country we now find ourselves with the label of “junk status”. While many feel that being downgraded to junk status is nothing to worry about, the IFP warns that is a few short months the effects of the downgrade will be felt the most by the poorest of the poor. Thanks to the ANC-led government international investors are already revisiting their investment strategies and are seeing South Africa as an unsafe investment destination. The Hon Premier and the Hon MEC for Economic Development will be faced tough challenges in order to attract foreign direct investment into our province.

There are so many skilled people in this province who are not employed. Why? Why are people with critical skills leaving our shores, whilst as a province we have a crisis with regard to a lack of scarce skills?

In spite of the gloomy prospect that we face, it is important that this department provides leadership and comes up with creative strategies to attract investment and provide jobs to our people.

This department must play a leading role with regard to social cohesion and social harmony. Earlier this year there were rumblings of xenophobia and many examples of anti-racial comments on social media. It is important for the Hon Premier and his department to become more vocal on this issue and provide assurances to all of our citizens that as a government we will not tolerate any racist comments or actions.

Honourable Speaker, I will continue to repeat what I say at every opportunity in this legislature: “evil prevails because good men and women keep quiet”. I will stop repeating this when the majority of people representing the governing party in this House have the courage to do what their conscience dictates. Your failure to do the right thing because of your lack of courage and fear of reprisal will place you on the wrong side of history. The ANC as a party has done many good things, and we must acknowledge this. We must, however, also acknowledge that this organisation has been hijacked by a few self-serving individuals, and in KZN it is fast becoming that which it fought against in the past. We can all assist in the fight against the mediocrity that has become entrenched as the norm in the KZN provincial government and municipalities.

The Office of the Premier will have our support and respect if it champions the most pertinent issues as part of its own budget priorities as well as its broad influence on the direction of the entire provincial government which is eradication of poverty, job creation and provision of service delivery to the people.

The Cabinet of KwaZulu-Natal (KNZ), led by Premier Senzo Mchunu was going to launch the Inkululeko Development Project at Ndumo on Saturday, 30 November 2013. This first of its kind multi-billion rand project is an integrated multi-purpose and multi-sectorial project which will see the lives of the people of Ndumo changing – never to be the same again.

More than R1, 5 billion investment in Umsinga over the past five years for the provision of basic amenities such water and sanitation, electricity, recreational facilities and social infrastructure such as decent hospitals, schools, libraries and academic institutions.

As the IFP we are concerned that the Office of the Premier is embarking on projects when there are line-function departments that should be doing such work. There seems to be a government within a government.