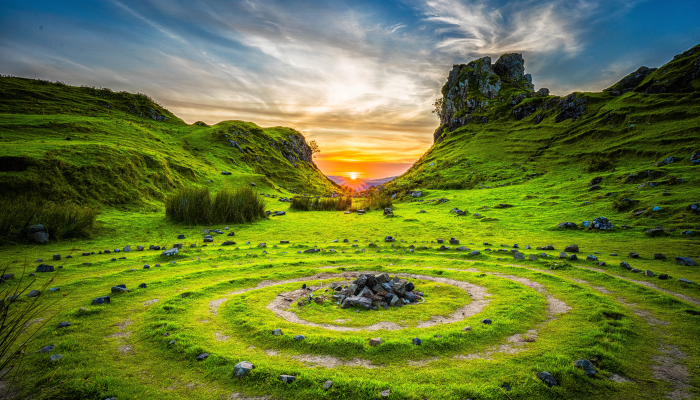 Honourable Chairperson, on behalf of the IFP, I wish to congratulate the Minister and Deputy Minister on their respective appointments to this critical portfolio.

Make no mistake about it, we are in deep overdraft with respect to the demands, we as humanity are placing on this planet’s natural resources.

We err continuously on the side of economic growth before environmental sustainability, despite the growing body of evidence suggesting otherwise, in essence – short term ‘wins’ that overshadow long term goals ultimately leading to final losses.

We are the principal actors in the on-going poisoning of our environment through the use of GMO’s [GMO Maize] and weed killers such as glyphosate, and even through the use of other technologies (such as the possible dangers posed by 5G technology/communication networks), which combined, could very well be of extreme detriment, not only to our health and wellbeing now but more importantly, to that of our future generations.

Independent environmental and health studies need to be urgently conducted by your department in this regard. The precautionary principle needs to be applied before its to late in order to properly implement forward planning mechanisms.

Mr Gaylord Nelson aptly states that “the ultimate test of man’s conscience mat be his willing ness to sacrifice something today for the future generations whose words of thanks will not be heard.”

Well chairperson, such a tipping point is upon us, we can either take heed or we can ignore it and place our societies and planet, in what Ms Inger Anderson (the Executive director at the Un Environment – UNEP) described in a recent address as “imminent peril.”

Next week our country will present its first progress report on the Sustainable Development Goals (SDGs) which will give us an indication of our progress as a nation towards the 169 targets agreed upon by 193 UN member states. Have we done enough? Where are we doing well and where are we failing? We shall see on the 17th July!

In the words of President Ramaphosa “Now is the time for implementation” not rhetoric! We are at the precipice, and we must exercise environmental precaution in all we do!!!! This is paramount!!!

Chairperson, science must inform and underpin all that we do as a country regarding environmental legislation and regulation.

I now turn to Marine Protected Area’s (MPA’s) and credit must be given to former Minister Edna Molewa (May her soul rest in Peace) for her working in increasing MPA’s from 0.43% to 5% in South Africa – [we as the IFP would like to see this percentage at least double in the coming 5 years] – and credit must also go to our new Minister Barbara Creecy for her swift action in suspending the octopus fishing licenses issued in False Bay after numerous and unnecessary deaths of iconic whale species that occurred in the bay, when whales became entangled in octopus trap lines. This practice must be banned for its damage, not only to the decimation of octopus numbers in the area, but also in respect of the collateral damage to other iconic marine life species in the bay. We hope the removal of these traps will be expedited!

Chairperson, False Bay in an extremely important and sensitive marine ecosystem and is home not only to the endangered great white sharks but also a place where numerous whale species come to calf during the winter months. It is also home of the great African kelp forest which is unmatched the world over in terms of its biodiversity.

False Bay must be protected and designated a Marine Protected Area Minister!

In moving forward, this department must ensure a balance between economic growth and sustainable development, the protection of biodiversity, the development of clean energy and the reduction of air pollution.

Single use plastics must be banned immediately, and the foundations must firmly be laid for a sustainable, healthy and thriving environment.

We must accelerate our resolve to stop elephant and rhino poaching, as well as, canned lion hunting.

A United Nations report on this issue suggests that “many multinational criminal networks are making phenomenal profits from environmental crime. It is a financing machine”. Our effectiveness to deal with this scourge must be accompanied by properly resourced compliance and enforcement programmes. Sadly, this is the least funded departmental programme, and therefore, minister more needs to be done in this regard.

We have, but one Earth, we share it in common and we therefore all share the responsibility of its environmental protection, now and into perpetuity.

It was Pope John Paul II who said that, “The earth will not continue to offer its harvest, except with faithful stewardship. We cannot say we love the land and then take steps to destroy it for use by future generations.”

The IFP supports the budget but would like to see an increase of budget for the abovementioned areas of concern.