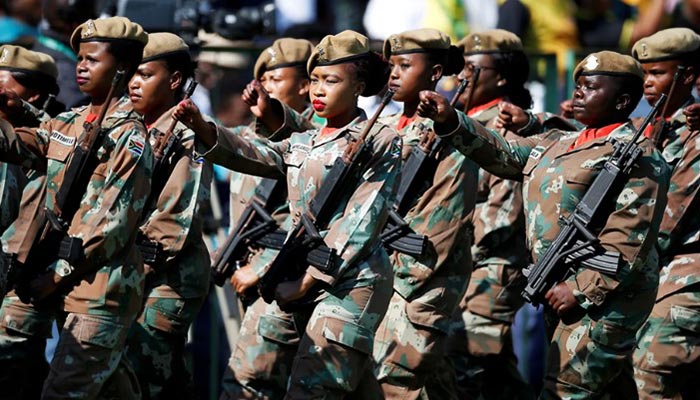 The South African National Defence Force (SANDF) remains a shadow of its former self. All but crippled due to years of budget austerity measures and the loss of professional career military personnel, the SANDF’s defence readiness in respect of both human and logistical capacity is anything but ‘combat ready’ and mandate appropriate.

Morale remains low, which is not assisted by issues relating to career progression, food scarcity and quality for troops, as well as below standard maintenance and upkeep of military bases and equipment in general.

In sum, our National Defence Force is, in many instances, unable to meet its mandate to the people of South Africa, to the Region and to the Continent. The questions we must ask ourselves are: Can the SANDF defend us against aggression that endangers the stability of the country? Can the SANDF provide for the internal and external deployment of military forces to enhance security in support of decisions by the Executive? And can our Defence Force provide support to South Africa’s population or other government departments in operations and activities other than war, by using collateral utility?

In many instances, the answer is “no”. For example, the multiple safeguarding failures of our borders by the SANDF, through its Operation Corona, has led us to an potential internal disaster, through an influx of undocumented foreign migrants. It may very well end with large-scale acts of xenophobic violence being committed again against foreign nationals – both legal and illegal – as job scarcity continues to grow.

In addition, we must take cognisance of the illicit trafficking of vehicles, narcotics, weapons, and other illegal goods that are being permitted to flow in and out of our country. If left unchecked, this situation will only compound and bring even more pain and suffering, therefore, immediate and capable military intervention, assisted by military intelligence, must be prioritised by the SANDF. Soldiers and civilians that are found to be complicit with criminals in such trafficking must be arrested and fully prosecuted.

In respect of the SANDF military personnel deployed to Mozambique last year as part of the Southern African Development Community’s continuing Mission in Mozambique [SAMIM], particularly the joint rendering of military intervention and assistance to Mozambique in its northern Cabo Delgado province, where Islamic State-connected insurgents remain, we have received many reports of the challenges our military personnel face. This, especially with regard to the availability of spare parts to repair damaged vehicles, machinery and communications equipment.

Chairperson, our military veterans continue to be treated as an afterthought by this Department, and are not well taken care of. Healthcare is substandard or not available, housing is dilapidated and in a serious state of disrepair, and dependents are not being cared for. This, in part, is why we see such low morale in our current serving force members. This situation is unacceptable, and solutions must be found, expedited and implemented by the Department.

Subject to the above serious concerns, yet in the interests of our servicemen and women, and military veterans, the IFP supports the Budget Votes.