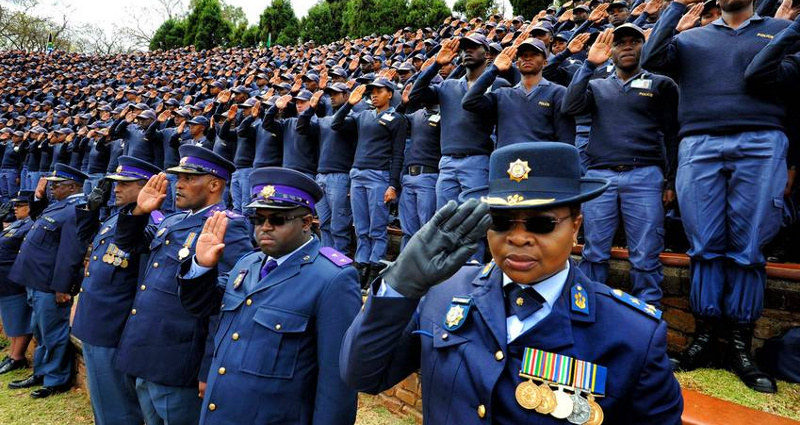 The National Development Plan outlines a utopian society, where “people living in South Africa feel safe at home, at school and at work, … Women walk freely in the streets … children play safely outside [and] the police service is well-resourced…”.

I am sure all present here can agree that the South African Police Service (SAPS) has a long, difficult road ahead if it is to achieve this vision within the next eight years.

The crime statistics paint a sobering picture. The murder statistics for the third term of the 2021/ 2022 financial year revealed that more women were killed in the last quarter of 2021, compared to the same period the previous year, while the murder rate also increased by 8.9%, year-on-year.

As the IFP, we have consistently expressed our concern over various issues highlighted in the Committee’s Report, among others, the “continued underspending of the SAPS of their budget allocation [which] … has a detrimental effect on service delivery and must be addressed as a matter of urgency”.

Further, we echo the concerns raised by the Police and Prisons Civil Rights Union (POPCRU), in particular, around “the continuous decrease in the Visible Policing budget”; “the ineffectiveness of Community Policing Forums”; and “the lack of resources and infrastructure at police stations, especially in rural [areas] and townships”.

Our people need to be kept safe, and in order to do this, SAPS needs well-resourced, properly trained ‘boots on the ground’. We can confirm the claim – especially in KwaZulu-Natal – that “Most police stations in rural areas and townships are housed in unsafe and dilapidated structures” and again call on the Minister to resolve this issue as a matter of urgency.

Also, if the “Gender-Based Violence (GBV) and Sexual Offences Action Plan” is a key priority for 2022/23, it is concerning that “POPCRU recommended that police stations must be resourced with the Rape Testing Kits (RTK) and police officers trained on how to use them.”

Why has this not been done yet? Where is the promised commitment to ending GBV and ensuring justice for the victims of these heinous crimes?

In addition to keeping people safe, SAPS, through their Directorate for Priority Crime Investigations (DPCI), must be fully capacitated, particularly as “During 2022/23, the DPCI will prioritise the investigations and recommendations of the State Capture Commission.”

According to the Report, “The DPCI is severely under capacitated” and “functions with a 48 percent workforce.”

This lack of capacity dooms these investigations to failure before they even begin.

The IFP further notes and is in support of the Committee’s observations and recommendations regarding the Civilian Secretariat for Police Service (CSPS), as well as those relating to the Independent Police Investigative Directorate (IPID). As regards IPID, the IFP is in agreement that it is completely unacceptable that “the total backlog is currently 37 116 cases”. Drastic action is needed.

The issues I have highlighted barely scratch the surface, and staff morale is at an all-time low. SAPS needs to get back to basics, and government needs to ensure sufficient resources – human and otherwise – are available for them to get the job done. The promised “12 000”, according to the Report, in reality, translates to barely 2 000 extra officers.

With reservations, the IFP supports the Budget Vote.
—
Contact