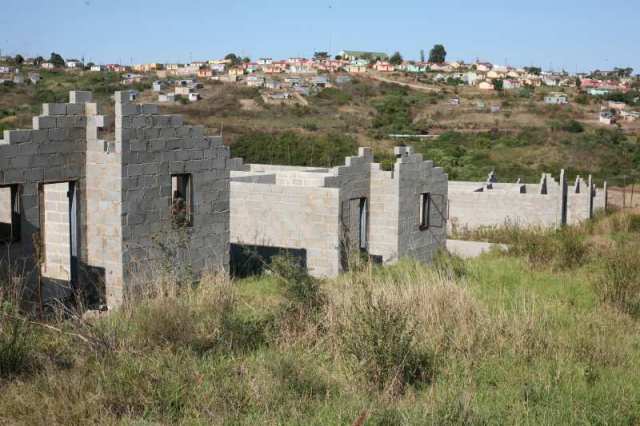 The Inkatha Freedom Party in Parliament calls on the Minister of Human Settlements and the Public Protector Advocate Busisiwe Mkhwebane to launch a forensic investigation into why the residents of Walter Sisulu informal settlements in the Eastern Cape are still without houses.

“In 2015 Walter Sisulu informal settlement residents in Mdantsane were moved to make way for the Mdantsane Cluster Two housing project but till today residents still have no houses. According to the reports at least 154 houses were going to be built in Walter Sisulu, 34 in Francis Mel, 105 in Hani Park, 300 in Winnie Mandela, 91 in Mahlangu, 25 in Gwentshe, 75 in Mathemba Vuso and 88 in Daluxolo informal settlement. Most of the houses are still at foundation level, but about thirty houses already have windows and doors. This deserves urgent attention from relevant authorities,” said IFP National Spokesperson on Human Settlements, Mr Khethamabala Sithole MP.

“We want the National Minister of Human Settlements and the Public Protector to investigate why the construction company that was supposed to have built the houses left the site with no explanation. We need to also know what the MEC of Human Settlements in the Eastern Cape is doing about this matter, when these housing will be completed. The public needs to know the name of the contractor who was awarded the tender to build these houses and how this contractor was appointed. All these questions must be answered because we are convinced that corruption is involved and also that an incompetent contractor was appointed,” continued Mr Sthole.

“We call for the punishment of “incompetent contractors”, there should be repercussions for those who failed to deliver. The right to access adequate housing is enshrined in our Constitution. Having a roof overhead provides people with dignity and the security they need to grab hold of other opportunities and develop their full potential. The current crisis in the provision of decent housing to all is robbing thousands of South Africans of the opportunity to improve their lives. Minister Sisulu must act now to bring this crisis to an end,” concluded Mr Sithole.

The IFP will be writing to the Human Settlements Portfolio Committee Chairperson, Ms Nocawe Mafu to request that she call Minister Sisulu and the Eastern Cape MEC of Human Settlements to account for the persistent pattern of RDP housing maladministration.