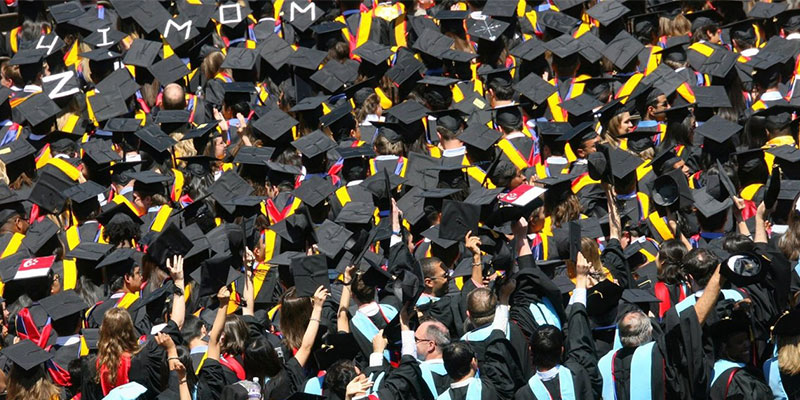 Call For Referendum On Free Education

Every year on June 16 the eyes and memories of South Africans and the world over momentarily fixate on the bravery of the Youth of 1976 and a thought is spared for the brutality inflicted on the youth that day. In that moment we see the brave heroism and commitment to education of the 1976 black child in the face of a scary and uncertain reality.

40 years of the same shades of brutality and uncertainty confront the youth and students of South Africa.

Earlier this morning I met with leaders of SADESMO and also received reports and a briefing on the prevailing crisis across the country.

South Africa is in crisis, the country is burning.
At the outset we want to strongly condemn the violence and destruction of property which has become a defining feature of the #FeesMustFall movement.
This kind of behavior is irrational and contrary to the ideals of what South Africa wants and deserves.

During the dark days of apartheid certain sections of the liberation movement propounded the idea of burning of property and violence to attract the attention of the regime; their rallying call was “liberation now, education later”. Well the chickens have now certainly come home to roost.

22 years into our freedom and democracy South Africa finds itself at similar crossroads where education is being disrupted with violence and destruction of property. This criminal element must be rooted out because it diverts the attention and focus of #FeesMustFall movement.

We equally condemn the heavy hand of the police which has at times meted out undue brutality on students.

It is our assertion that free education must be progressively implemented in South Africa, with the first phase being free education for the poor. The fee increment or reprieves offered by Minister do not address the free education.

The fees question in this regard therefore becomes imperative.

The zero percent fee increment for 2016 was knee-jerk reaction that did not address the real issues and did not solve the problem because education whilst being a constitutional right, continues to be a commercialised commodity that the majority of our people cannot afford.

Free education must first and foremost benefit the poor, whose lives on a daily basis are punctuated by struggle and inequality.

We welcome the temporary reprieve for the poor announced by Minister Nzimande albeit it is beings calculated obfuscation, because it is yet another knee-jerk reaction by the government done in the absence of a clear plan and stops dead in its tracks the legitimate expectation set into motion by the 2015 zero percent fee increment announcement that fees were on course to being abolished.

The Minister failed to address the following issues:
The Ministers interventions do not address the issue of free education which is the core of the struggle being waged by students.
Historical debt, which in the main burdens the poor
The assumption that all students are NSFAS beneficiaries remains unresolved.
The failure to extend the interventions into TVET Colleges.

The measures announced by the Minister of Higher Education and Training are not a silver bullet but we must make an effort to ensure they work and the following are being proposed to make NSFAS work:

1. The Parliamentary BRRR Processes scheduled to commence in the next term must focus on redirecting funds to Higher Education and reducing spending in departmental programmes across the board which are not geared towards service delivery,

2. The operations of NSFAS must remain decentralised, given full capacity to function at the various institutions with improved turnaround time on assessment of applications, approval and payment to beneficiaries.

3. All NSFAS applications must contain the unabridged birth certificates of applicants, and verification from Home Affairs must be sought through a designated unit to eliminate fraudulent applicants accessing NSFAS funds.

4. A unit to be established at the Department of Social Development to prioritise recipients of child support grants to access NSFAS as part of the child support program.

5. SARS to track parents of NSFAS recipients to ensure that wealthy income earners are not by-passing the system through fraud or deliberate omission.

The placatory rhetoric and half measure responses to the student fees crisis have exposed the weaknesses of public participation in the decision-making process of government.
Therefore, we are calling on President Zuma to in terms of Section 84(2)(g) of the Constitution to call a national referendum on the question of free education. We are prevailing on the President as Head of State and Head of the National Executive to do so because of the crisis that is about to unfold in SA.

We believe that this is no longer a party political question but a national question which the citizens must answer, and bring this matter to a logical and final conclusion.

Furthermore, Parliament being the final authority on government budgets we have already written to the Speaker of Parliament requesting that:

Noting the ongoing student fees crisis in South Africa she establish an Ad Hoc Committee of Parliament, in terms of Rule 253 (1)(9) of the National Assembly Rules to,
investigate the circumstances of the current crisis,
develop appropriate interventions and
devise a funding model geared towards free education in South Africa.

Parliament must take its rightful place as the representative of the people and deal with this matter question of free education once and for all.

We conclude by acknowledging what Prince Mangosuthu Buthelezi said to IFP Youth Brigade on 18 June 1985:

“Because there is so much at stake, and because there is vast suffering among our people, I believe it is virtually necessary for us to be sure in everything we do. Every failure we make is a failure which costs some people more suffering. Every time we blunder, we delay final victory and we prolong the suffering of the people. Every misconceived strategy retards progress and increase the difficulties which lie ahead. Our very humanity cries out for us to have wise strategies that will work and to embark on ventures which can succeed.”