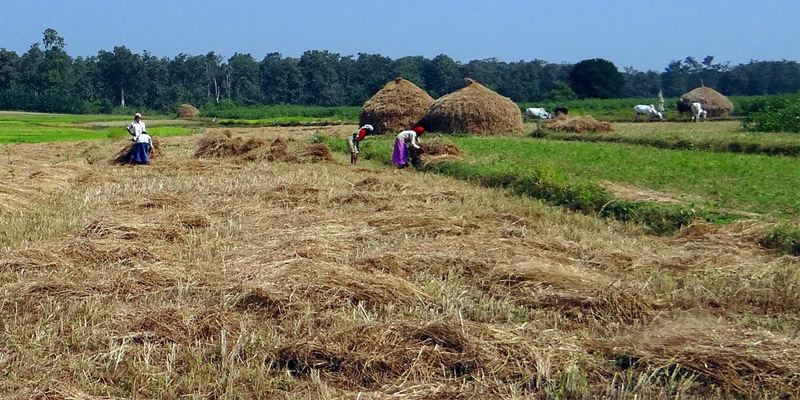 CALLS FOR A NATIONWIDE INVESTIGATION INTO TREATMENT OF FARM WORKERS

The Inkatha Freedom Party in KwaZulu-Natal calls on the South African Human Rights Commission and the Department of Labour to conduct a nationwide and thorough investigation into working conditions of farm workers after it has emerged that some farmers are using the “umjaho system” whereby a worker is paid according to work completed and not according to the hours worked.

“We fully support the call made by the Minister of Labour, Mildred Oliphant during the recent farm workers imbizo in Upper Tongaat where she called for this so called ‘umjaho system’ to be stopped and those farmers who continue using it would be punished. It was found that labourers working as cane cutters are not provided with protective clothing and that the exploitation of foreign nationals employed as farm workers is rife. State intervention aimed to improve the working conditions of farm workers has largely failed to achieve its objectives because it does not appreciate that the fortunes of workers and producers are interlinked. The investigation should also include the salaries paid to workers so as to ascertain whether they are in accordance with the law.

Basic rights for farm workers must be respected. We cannot allow a situation where people are treated like slaves while enriching individuals. Farm workers, like everyone deserve to be treated fairly,” said IFP KZN Provincial Spokesperson on Agriculture, Mr Nhlanhla Msimango MPL.

“The investigation should be extended to include the issue of child labour in the agriculture sector. Government should allocate more resources for the eradication of child labour. Some farmers prefer to employ child labourers because they are cheaper and can be manipulated easily. We also urge private organisations working for child rights to team up with government bodies and start an intensive campaign against these social anomalies, including exploitation of child labour. Nothing is as powerful as a community itself seeing the harm being done to its own children, and deciding — collectively — to end that practice.

In order to solve challenges facing farm workers we believe that government should facilitate the appointment of labour representatives on farms, provide or facilitate labour rights training to them and give them access to a regularly updated data basis of organisations that offer assistance to farm workers. There is a need to increase the housing budget of rural municipalities to accommodate housing for seasonal farm workers and improve public transport in rural areas to decrease the isolation of on-farm workers,” conclude Mr Msimango.