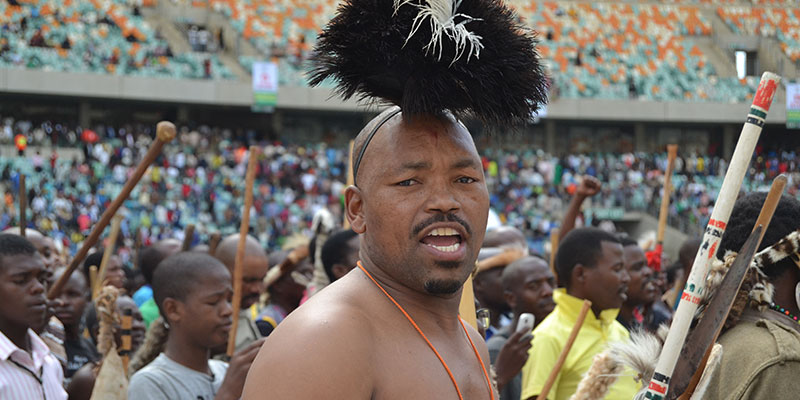 Celebrate Our Heritage, Not Failed Politicians

The Inkatha Freedom Party acknowledges the concerns raised by His Majesty the King in his address at the Heritage Day celebrations held at KwaDukuza yesterday.

“Although the IFP is not in control in KwaZulu-Natal, we are part of the government as we are in the Legislature and therefore we want to apologise to His Majesty for the banners that depicted the faces of politicians rather than the images of His Majesty and King Shaka. When the government of the day is corrupt, we are all tainted, if government fails to deliver, we are all blamed and rightfully we must take responsibility. As a nation we owe much to King Shaka and therefore we should be celebrating His legacy but what we find is that some politicians use this occasion to promote themselves and make this an event of the ruling party,” said IFP Leader in the KZN Legislature, Mr Blessed Gwala, MPL.

“This is unacceptable and must not be allowed to continue. Heritage Day must not be used for political grandstanding by those who are failing to govern while our people suffer. His Majesty is absolutely correct in pointing out that the wilful waste of public funds on printing of such banners do not help our people who are living in poverty”, said IFP National Chairman, Hon Blessed Gwala MPL who is a Member of the Premier’s Portfolio Committee which is also in charge of the Royal Household,” continued Mr Gwala.

“The IFP has always been critical about the abuse of the public purse to boost the inflated egos of politicians who fail to deliver on the mandates of the departments that they lead. We have been very vocal in criticising the huge amounts of money spent on numerous imbizos and the “Taking Parliament to the People” programmes. If by now this government does not know what the challenges that our people face are, it is a clear indication that this government is not in touch with its people. Whilst the ruling party talks of Sukuma Sakhe, it does not practice this. Millions of rand meant for service delivery is wasted on promoting certain politicians and campaigning for the ruling party. If we are to rise up and build, then state resources must be employed for the benefit of our people and not for the benefit of the ruling party”, concluded Hon Gwala.