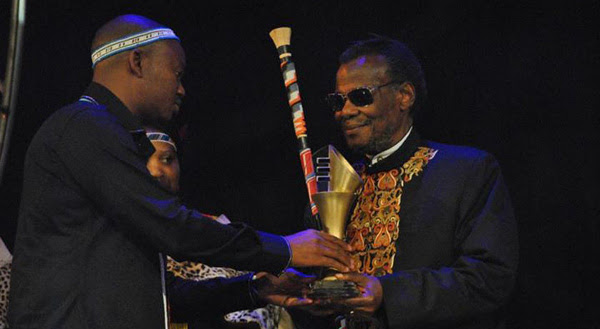 “Imbokodo Is Our Heritage”

I am honoured to receive an award tonight on behalf of my late mother, Princess Constance Magogo kaDinuzulu. I must thank the founder of the SATMA Awards, Mr Dumisani Goba, for his visionary leadership, which he showed from a very young age. Mr Goba has given us the platform to celebrate an important part of our heritage.

It is fitting that Princess Magogo be honoured alongside remarkable South African women like Sophie de Bruyn, Dr Nkosazana Dlamini-Zuma and Mama Winnie Madikizela-Mandela. Princess Magogo is one of the icons in our nation’s narrative.

She opened the world of traditional African music to people as far afield as America and the United Kingdom. She imbued our cultural heritage with a dignity that could not be ignored. And she represented the deep expressions of love, honour, conflict, hope and pain that have been part of our people’s experience for generations.

As I witnessed the character of my mother, I came to understand why we refer to our women as “Imbokodo”. They are indeed the grinding stone that crushes what is hard, to create sustenance for a whole family.

I have always felt, therefore, that I am honouring my mother when I champion the advancement of women. This has prompted me to pioneer legislative changes to stop discrimination and empower our women. I think for instance of how, in the erstwhile KwaZulu Government, we tackled the Code of Zulu Law and extended property rights to black women for the first time in South Africa’s history. I also take pride in knowing that I appointed the first female Minister in our country.

I did these things because I understand the value of South Africa’s women. My mother taught me not only the beauty of the ugubhu and isiqomuqomana, but also the beauty of our nation’s daughters.

I am proud of her accomplishments as a composer, singer and musician, and I am proud of what she did in the furtherance of traditional music. But my pride in Princess Magogo kaDinuzulu extends far beyond what she did, to encompass the simple fact of who she was. She was a strong South African woman.

On her behalf and on behalf of my family, I thank you for this award.