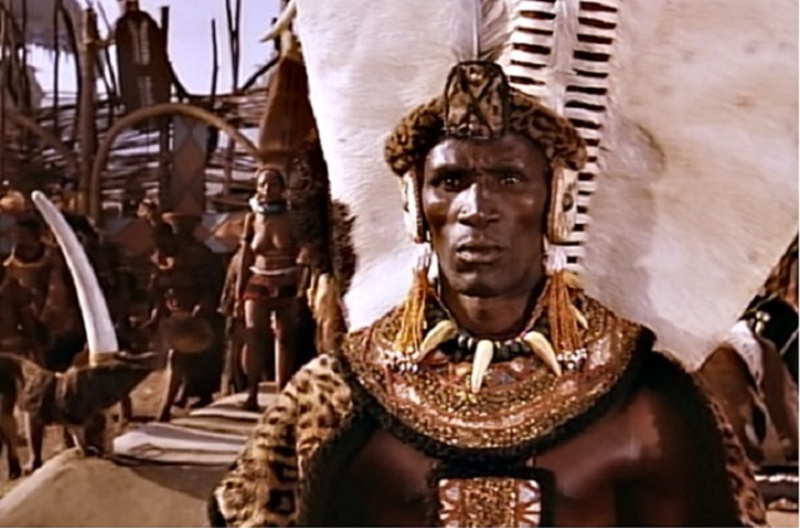 One hundred years before my birth, King Shaka kaSenzangakhona was buried here, in KwaDukuza. His reign lasted just 12 years and he died at the young age of 41. But his leadership in this part of our continent changed history. He birthed a nation that was so powerful, it could not be defeated by anything less than the full might of Queen Victoria’s army.

Because of King Shaka, the Zulu nation is known throughout the world. Because of his legacy, he has become the iconic warrior, the image of courage and strength. While we as the Zulu Nation celebrate our founder, what he represents is celebrated by a diversity of people, from all corners of the world.

I want, therefore, to extend a special welcome to our guests from outside of Zululand, from outside KwaZulu Natal, and even outside South Africa. This celebration of Umkhosi Welembe is always attended by foreign representatives, not only out of respect for our culture and traditions, but because King Shaka is admired universally.

Wherever I have travelled, in the East or the West, I have witnessed respect and recognition for the name Shaka Zulu. It is not just film that immortalises him, but also literature.

Earlier this year we celebrated the first publication of “uNodumehlezi KaMenzi”, the magum opus of the late Professor Mazisi Kunene, written forty years ago. This remarkable work was renamed “Emperor Shaka the Great”, and was published in English, Japanese, French, German and Dutch. But it was never published in its original form. It took the celebration of 200 years of the Zulu Nation before “uNodumehlezi KaMenzi” could be read in isiZulu.

This made me think about the rich heritage we have as a nation, much of which is passed down as oral history from one generation to the next. It is remembered by our traditional leaders and retold by our grandparents to the children of Zululand. It is a valuable inheritance, perhaps more valuable than material objects. Because the knowledge of our nation’s past imparts a sense of identity, and the knowledge of our values and traditions imparts an appreciation for our place within the whole.

These are two precious gifts for any individual living within a society. While we in the Zulu Nation celebrate King Shaka Day, the country of our birth celebrates Heritage Day. This was done intentionally, in the first days of democracy, when the Government of National Unity sought to identify national days.

King Shaka designed a society in which every individual has value and everyone has a contribution to make. The Zulu social structure was designed to create stability, unity and security for every member. Thus our traditions and values reflect that design. It can be seen when we honour our young maidens through the Reed Dance. It can be seen in the way we care for our elders, in our courtship ceremonies, and even in the beadwork of our crafts.

Members of the Zulu nation have a sense of identity and an appreciation of our place within our society. This, as I said, is good in every culture. As a country, South Africa can only benefit by creating the space for all its citizens to celebrate who they are and how they fit in. That is at the heart of Heritage Day.

My own identity was forged in the history of the Zulu Nation. I understand that I am part of something much bigger, and that I am one link in a chain of individuals who are united outside of time. I feel connected to my great great grandfather, Nqengelele Buthelezi, who served in the Royal Court of King Senzangakhona. He tutored the royal children, among whom was the young Prince Shaka. There are of course many roles he played even when it came to warfare strategies.

When King Senzangakhona died in 1816, and King Shaka ascended to the throne, Nqengelele Buthelezi remained as a senior figure in the royal court, advising King Shaka on military matters.

King Shaka had been trained as a warrior under the Mthethwa Clan, under Induna Ngomane Mdletshe’s leadership as Commander-in-Chief of the Mthethwa army. He showed tremendous courage and skill, and was revered among his peers. But his physical skill was matched by an exceptional capacity to strategise.

King Shaka remains one of history’s greatest military strategists. The regiments he created were able to systematically conquer opponents. But rather than destroy those whom he had defeated, King Shaka employed the strategy of integrating them into one social structure, drawing together a fragmented people to forge a unified and powerful nation. He then gave his surname of Zulu to this newly created Nation.

That legacy deserves to be honoured. It is a legacy we remember when we celebrate Umkhosi Welembe.

As we do this each year, we anticipate hearing from His Majesty our King, who sits on the throne of King Mpande ka Senzangakhona, the brother of King Shaka. In as much as I served His Majesty King Cyprian Bhekuzulu ka Solomon, the father of our King, I have served his son, who sits on the throne whom it is my duty to present him to his people so that he can deliver his message for today, as he has done for about 40 years. His Majesty has earned the respect not only of his people, the Zulu Nation, but even of citizens of other cultural groups. There are many citizens other than Zulus who have appreciated the contributions that His Majesty has contributed to social cohesion. The King is highly respected for his contribution not only to the Zulu people, but to fellow South Africans of all cultural groups. It is time for me to pray silence for us to hear the message of the successor of a string of Zulu Monarchs who sits on the throne of King Shaka, the Founder of the Zulu Nation.