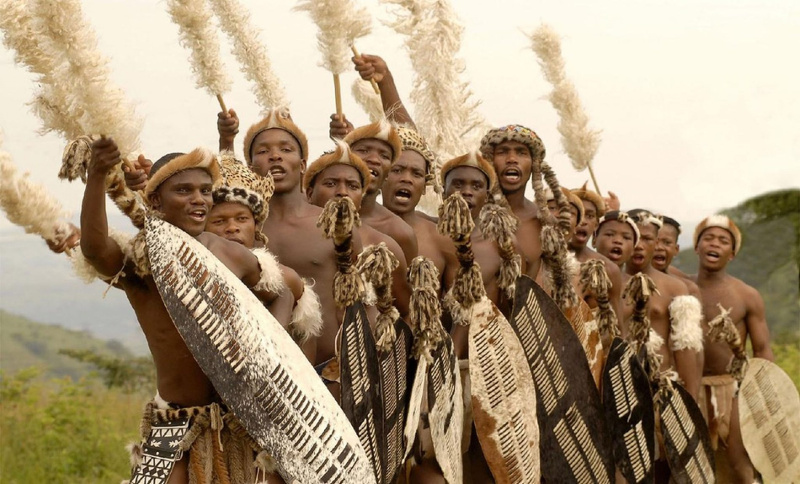 Every year on the 25th of September we as the traditional leaders of the Zulu Nation gather in a second celebration of King Shaka kaSenzangakhona. Although our nation’s founder is honoured on the 24th of September, on King Shaka Day, it is simply not possible for all of us to travel to KwaDukuza. Thus, for 44 years, we have held this second celebration, moving it from one district to the next, so that all our people might have the chance to honour King Shaka.

His Majesty our King had appealed to the provincial government to assist us with funding for this important event. Unfortunately, government has not been responsive. That leaves it up to us to raise the resources for this annual commemoration. It is a costly exercise, and considering that no budget has been allocated by government to traditional councils or even to the provincial house of traditional leaders, it is far from easy to continue this tradition.

So why do we do it? We do it because we are the leaders of our people. We are the ones to set the example, and we are the custodians of our nation’s heritage. It is important that the communities we serve witness our respect for our nation’s monarch, history and founding.

When we speak to our people about the legacy of King Shaka and about their role in the society that he designed, we must do so from a place of authority. It is not enough to claim authority by virtue of title. We must walk in the authority of people who genuinely respect, understand and know about the past, so that we can guide our people with wisdom.

There is a saying that those who don’t remember the past are condemned to repeat the mistakes of the past. There are, undoubtedly, lessons to be learned from the past. Our nation’s past spans more than 200 years, from the beginning of the reign of King Shaka, when he began through military prowess to conquer and incorporate fragmented groups into one unified nation. This job was started and accomplished by our Founder, King Shaka.

Over the course of 200 years, we experienced extraordinary victory and extraordinary defeat. The story of the Zulu nation is one of profound highs and lows. It is a story that has captured the imagination of authors and film makers, from all corners of the world. It is a story we carry as though it were personal experience, for we as traditional leaders are tied to our nation’s past in a way that transcends simple lineage.

Today, as we honour the legacy of King Shaka kaSenzangakhona, we have the opportunity to consider any of the many aspects of his life and leadership. But I feel that the present circumstances of our country call on us to place the spotlight on that one fundamental aspect of unity.

King Shaka’s strategy for building a nation revolved around creating unity. Within the social structure that he designed, every individual member was given a responsibility that would ultimately affect the wellbeing of everyone. The principle of ubuntu/botho was built into the very foundations of the Zulu Nation. This has bequeathed a valuable inheritance on subsequent generations, for it has given every child born into our nation a sense of identity, belonging and value.

Sadly, when we look at the present situation in the country of our birth, there are many young people who lack this sense of value and belonging, simply because of their economic status. Among our youth, unemployment is devastatingly high. With millions of families living in poverty, it is painful to know that the majority of our youth lack the opportunity to escape the circumstances into which they were born.

South Africa’s economy is in crisis. Our people are hurting. Both young and old are struggling to maintain hope that things will get better. I understand this. Like many of you, I have lived through the harshest times of apartheid when we were oppressed by the very policies and legislation of our country, so that poverty remained an inescapable prison. I watched my family and my neighbours and my people struggling to maintain hope, even as we fought to secure freedom.

During those times, we as leaders carried the responsibility for keeping our people strong. Even in the midst of suffering, we had to encourage our children, our mothers and our grandmothers. We had to keep our men from giving up, and keep alive the spirit of overcoming that is part of the Zulu nation.

Ours was also the responsibility of strengthening the values and principles of our nation, so that who we are would not be compromised under the weight of oppression.

South Africa has come a long way since then. But there are clear signs that the ground we have gained is under threat. Corruption is weakening democracy and destroying good governance. We are again in a situation that calls for leadership. We have always been proud that the IFP has not been tainted with corruption that we have seen in the ruling Party. But I must admit that there are some people in the IFP whose mouths are watering for corruption.

And that responsibility still rests on our shoulders, even under a democratic government. The governance of our people has not been removed from traditional leaders, despite the present government curtailing our role, powers and functions through legislation.

Even though they limit our participation in local governance, even though they bar us from voting in municipal councils, traditional leaders still carry the fundamental responsibility for our people. This is not something a democratic government has bestowed. And it’s not something they can take away. They may be able to tie our hands in terms of resources and legislation, but they can’t change the fact of our authority.

We are part of a social structure created by King Shaka kaSenzangakhona, who strategically placed the institution of traditional leadership at the core of good governance.

When we serve our people well, we are honouring our nation’s founder. When we fulfil the responsibility cast on our shoulders, we strengthen the legacy of King Shaka; a legacy that has been protected and preserved by kings, warriors and Amakhosi for 200 years. We dare not abdicate that authority, nor do we dare forsake the responsibility of leadership.

It remains up to us as the leaders of our people to pursue stability, security, productivity and development. Our people need us to give the example of integrity, wisdom and honourable leadership. So let us remember King Shaka’s strategy of drawing people together and creating unity. Let us remind our people, particularly our youth, that they have intrinsic value, that they are part of a proud nation, and that their contribution is important for the wellbeing of us all.

In practical terms, this means steering our people away from the things that harm our society; things like alcohol abuse, drugs, criminality and violence. It means never turning a blind eye to abuse. It means refusing bribes, and acting without fear or favour when it comes to deciding matters of justice. It means mentoring youth in a way that equips them to think and act with integrity. It means linking people with complimentary skills, to start community projects. It means talking about food security, and encouraging people to participate in building the future. We are committed to the principles of self-help and self-reliance.

If we want the Zulu nation to survive for another 200 years, we must provide leadership. At no time has good leadership been as much in demand than at this time.

We are the custodians of the legacy of King Shaka. Let us honour that legacy by strengthening our nation, even in a time of distress. It is quite significant that in our society which King Shaka established, all the things that are taboos in the Bible were taboos in our society. The architect of all that is no other than our Founder, King Shaka kaSenzangakhona. Apart from being a military strategist, our Founder created us as a society of integrity. These are the values that we as Amakhosi are destined to uphold.