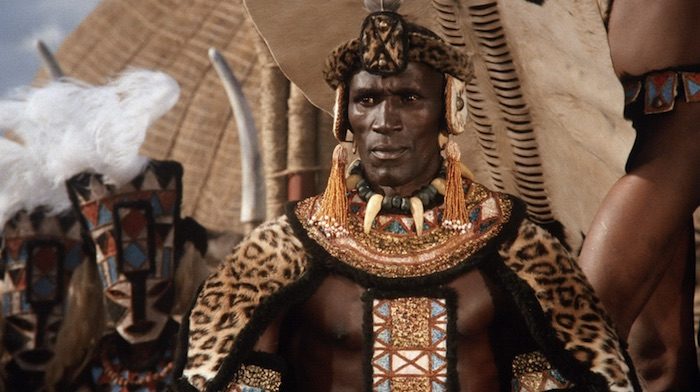 This is a significant moment for the Zulu Nation, as we witness, for the first time, the ninth successor to the throne of King Shaka kaSenzangakhona honouring the Founder of our nation. We are humbled to see the heir and successor to His Majesty King Goodwill Zwelithini kaBhekuzulu doing what his father did for so many years, by setting aside this day to commemorate King Shaka.

It is my pleasure on this important day to also wish His Majesty our King on the celebration of his birthday yesterday. We wish him strength and endurance, courage and wisdom. We pray for a long and peaceful reign. May His Majesty be blessed in all that he does for the sake of our people and our nation.

This day, the 24th of September, is set aside annually to commemorate the life and the legacy of the founder of the Zulu Nation, King Shaka ka Senzangakhona. More than two hundred years ago, the 29 year old warrior ascended to the throne. The fact that he was a warrior influenced his style of leadership and had a profound effect on the kind of society his leadership shaped. King Shaka shaped a warrior society. That is not to say that he created a warring people, but that he imbued our nation with a sense of courage, resilience, determination and discipline.

That is the legacy we celebrate today as we remember King Shaka ka Senzangakhona.

The image of King Shaka embodies the full spirit of the Zulu Nation. When we remember King Shaka, we see the faces of countless warriors who willingly shed their blood for the Zulu Kingdom. We see courage and strength and unity. We see military prowess and tactical brilliance. We see the regiments who declared victory at Isandlwana. We see a conquered nation whose spirit has remained unconquerable through every hardship of oppression and dispossession. We see a nation still standing, and an identity intact.

It is important for us to set aside time to remember. We need to do this, because it is all too easy to push aside the truth of who we are and where we come from, as we struggle with the present. It pains me to know that His Majesty King Misuzulu kaZwelithini has taken up his reign in a very difficult time for the Zulu Nation, and indeed for our country.

It is a time in which leadership is desperately needed to guide us out of distress and tribulation. But the leadership we require is unique. It is the kind of leadership King Shaka possessed; visionary leadership, uncompromising leadership and a leadership that was determined to build.

King Shaka kaSenzangakhona reigned for just 12 years. Yet he managed the draw together disparate peoples into one cohesive nation. That is not easily achieved. It was done aggressively and through methods which today we would not contemplate. With his unstoppable regiments, tribe by tribe, clan by clan, he conquered, knitting in those who would give allegiance and destroying those who would not.

As single-minded as King Shaka was about building the Zulu Nation, so should we be single-minded in ensuring its survival. In the society he built, every individual had value and a role. I believe King Shaka would weep to see what his people endure more than two hundred years after his reign. Our society is awash with pain and hardship. We have people not knowing where their next meal will come from, or even if it will come. We have people entirely dependent on the State, vulnerable, desperate and impoverished.

We must overcome these challenges. We must build a strong nation again. We cannot be complacent and accept increasing hardship as though it were inevitable. It is not inevitable. Rising fuel prices, rising food prices, increased loadshedding – these things are not inescapable. They are a symptom of a broken system, where single-minded, visionary leadership has failed.

I am not here to make a political statement. I am here to speak of a leadership that created a lasting legacy; one of which I myself am part. I believe that King Shaka kaSenzengakhona’s legacy holds lessons for us in the present just as it held lessons for those living in the time of King Mpande, King Cetshwayo, King Dinuzulu and King Solomon.

Our Kings and Amakhosi have always honoured the Founder of our Nation, for they knew what he had created and they believed in the importance of protecting it. Our present King, through his actions here today, expresses the belief of us all that the nation built by King Shaka is a nation worth protecting, now and into the future.

May God bless His Majesty our King throughout his reign, even as He blessed his father before him. May God guide our King.