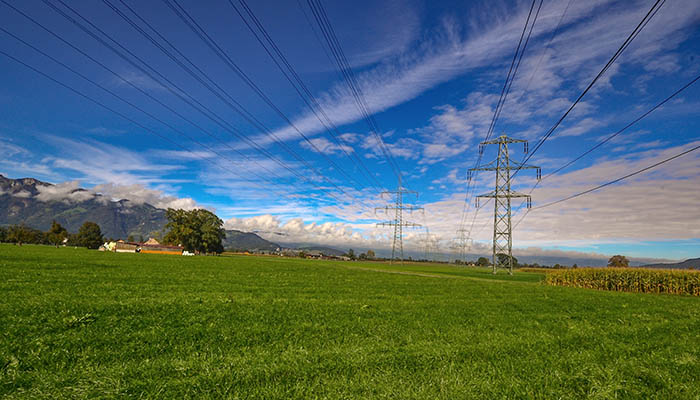 Charges Needed to Keep the Lights on at Eskom*

Eskom, South Africa’s beleaguered power utility, is facing numerous potentially insurmountable challenges, and the IFP believes that drastic action is needed in order to keep the lights on.

Despite regular bailouts from the State – R33 Billion in 2020/21, and R49 billion in 2019/20 – Eskom remains saddled with crippling debt. Several former executives are facing serious charges of fraud and corruption resulting from evidence given to the State Capture Commission, and allegations of improper conduct by current top management have yet again re-surfaced. There is also Eskom’s well-documented inability to perform the necessary maintenance to avoid load-shedding, and, given their poor track-record across the board, there are questions around their ability to implement their ambitious restructuring plan.

Then the Covid-19 pandemic happened.

Ironically, Eskom identified the opportunity created by the lockdown – with the lower demand for capacity – as a chance to substantially increase their short-term maintenance activities. In a statement on 21 May 2020, Eskom advised that “Based on this level of maintenance, the system outlook shows that there is probability of three days of Stage 1 load-shedding during winter, an improvement from the previous forecast of 31 days of Stage 1 load-shedding.”

This was just another empty promise.

There has been “load-reduction” in parts of Gauteng, including Soweto and Vaal, for the past few days, and most of South Africa recently limped through several consecutive days of Stage 2 load-shedding. This is significantly more than the “three days” Eskom projected. Further, to add insult to injury, these power outages are taking place in the dead of winter, when the need for light and heat is greatest. The Western Cape, in particular, faced a devastating series of storms during this load-shedding period, which left thousands of families even more vulnerable to the elements. Add to this the impact that the bitter cold would have had on efforts by South Africans to attempt to remain healthy, as they fight for their lives against the coronavirus.

In light of the above, one must ask – why does Eskom conduct essential maintenance during the winter months? Would it not make more sense to conduct work that impacts power supply during summer months, when there are longer daylight hours, temperatures are higher, and load-shedding might have less of an impact?

That being said: why are South Africans still forced to deal with load-shedding? Eskom has had thirteen years to investigate and remedy the issue, or, at the very least, determine how to arrange their maintenance schedule so that vulnerable South Africans are not left shivering in the dark for hours on end, in the middle of winter.

The answer is relatively simple: there are no consequences for Eskom, so there is no real need for accountability.

Since load-shedding first started in 2007, South Africans have, in a way, done their best to attempt to live around hours without power – and in some cases, where the water systems are linked to the electricity supply – hours without water, too. And then Eskom merely issues a series of semi-apologetic media releases and admonishes the public to cut back on their electricity usage.

Again, it is the public who carries the cost – literally and figuratively.

And the public will keep on paying a premium for this sub-standard, regularly interrupted service. According to a City Press report on 28 June, “NERSA confirmed that it failed to comply with the procedural requirements when making four of its decisions regarding Eskom’s electricity tariffs.” The result: “Eskom asked for tariffs to be increased by 15% next year, instead of the 5.22% that NERSA had previously approved.”

Although the jury is still out on the exact costs attached to the next electricity rate hike, South Africans – already reeling due to the economic impact of Covid-19 – will be paying more for their electricity. According to an Eskom media statement of 28 July, on NERSA’s Multi-Year Price Determination, the power utility is now on track to “recover the R69bn, in a phased manner over a three-year period.”

As the IFP, we believe that the time has come for drastic action. We believe that those who are depriving South Africans of their access to electricity need to be held accountable for their actions. Actions, we believe, could possibly be tantamount to high treason against the state and its people.

According to Criminal Law (Volume 11 – Third Edition), “High treason is committed by any person who, owing allegiance to the Republic of South Africa, unlawfully engages in conduct within or outside the Republic, with the intention of …violating, threatening or endangering the existence, independence or security of the Republic”.

There can be little doubt that the lack of a steady electricity supply impacts our economic security, and South Africa’s ability to attract foreign investment. Could this not be viewed as endangering the existence of the Republic?

According to a 10 July media release from Business for South Africa (B4SA), they identified the “top 12 actionable initiatives across the 11 high impact industrial focus areas”. Number one on their list: “Secure and affordable electricity supply”.

Currently, South Africa ranks 84/190 countries worldwide in the World Bank’s Doing Business 2020 study. These rankings are calculated by factoring in various indicators, including “Getting Electricity”. Here, South Africa only manages 114/190.

It appears that much work needs to be done.

Unless there are consequences, we believe there will not be the drastic action required to keep the lights on. Going forward, those found guilty of any acts of fraud, corruption and theft related to Eskom must face the full might of the law for the damage they have inflicted on the fiscus, and by association, on the people of South Africa.

*First published by The Mercury