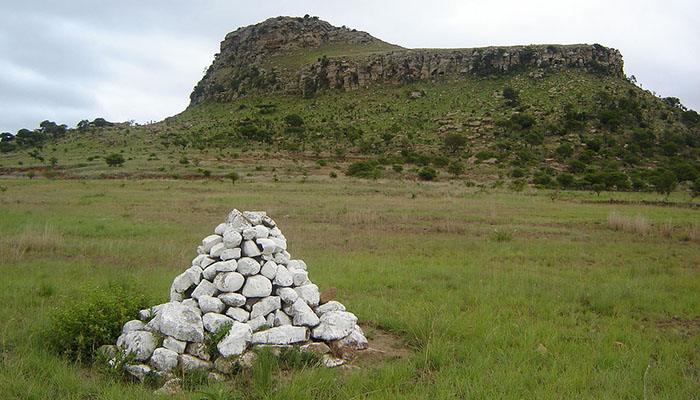 INTRODUCTION OF HIS MAJESTY THE KING
BY
PRINCE MANGOSUTHU BUTHELEZI MP
TRADITIONAL PRIME MINISTER TO THE ZULU MONARCH AND NATION
FROM THE TIME OF THE REIGN OF
KING CYPRIAN BHEKUZULU NYANGAYEZIZWE KA SOLOMON,
INKOSI OF THE BUTHELEZI CLAN
AND FOUNDER OF THE INKATHA FREEDOM PARTY

His Majesty the King of the Zulu Nation, King Goodwill Zwelithini kaBhekuzulu;

His Excellency the President of the Republic of South Africa, Mr Cyril Matamela Ramaphosa;

His Excellency the Minister of Arts and Culture, the Honourable Mr Nathi Mthethwa;

Chairperson of the KwaZulu-Natal House of Traditional Leaders, Inkosi Phathisizwe Chiliza, and all our AmaKhosi;

Members of the Zulu Royal Family;

The Regiments of the Zulu Nation;

As we gather each year to commemorate the Battle of Isandlwana, we remember a moment in history in which the courage, tenacity and strength of the Zulu nation were tested, and prevailed. In that moment, our King’s regiments were wholly underestimated. To the British Redcoats with their Martini-Henry rifles and seven pounder guns, the assegais, iklwa and cowhide shields of the Zulu warriors appeared easily overcome.

But the Day of the Dead Moon delivered an unexpected result, thrusting the Zulu nation into the spotlight as a formidable military force. What had been up to then just another skirmish in Africa, became to the world’s eye a closely followed war. It led to Her Majesty Queen Victoria deploying the full might of her army; a greater force than was used to conquer the whole of India. It also led, inexorably, to the defeat of the Zulu Nation, to the imprisonment of our King, and the dismantling of our Kingdom.

Isandlwana cast in stone a painful future. Yet looking back now we recognise Isandlwana as the pivotal moment that established the strength of our nation. With all that followed our defeat in the Anglo-Zulu War, Isandlwana remains as a touchstone in the collective consciousness of our people. No matter what generation we are born into, every Zulu child feels the pride of Isandlwana.

It is fitting therefore that His Majesty our King brings us together like this every year in a commemoration of that battle. On this day we remember the courage of our forebearers and the depth of the dark valley they walked so that we could be free. We remember the sacrifices made by those who went before us, for the sake of securing our nation’s existence and identity. We honour their battle with gratitude in our hearts.

This is a moment for our people to pause and think, to imagine the heat and dust of battle, to hear again the clash of cowhide shields and the cry of victory. It is a moment to consider not only what happened in our nation’s past, but why it happened, and what it means for our present and our future.

Within days of the Battle of Isandlwana, Lord Chelmsford instituted a Court of Enquiry to determine just how 1200 British soldiers could be completely overwhelmed by King Cetshwayo’s warriors. The words of Lieutenant-Colonel Crealock conveyed everything that needed to be said. Describing the forward rush of warriors, he lamented, “… hardly a man could have escaped… with such an enemy”.

From this great distance in time, we must look back at those warriors and ask ourselves why they were such a great enemy. What was it about King Cetshwayo’s warriors that ensured victory for them on the 22nd of January 1879? Undeniably they faced superior fire power, and their opponents had every reason to believe that this would be an easy defeat. What was it then that ordained Isandlwana as a stunning victory for the Zulu nation?

We know that King Cetshwayo’s warriors were trained in the military strategies and fighting techniques of King Shaka kaSenzangakhona, who developed the horns of the bull attack formation, and employed the short stabbing spear which was more effective in close combat. We also know that these men were highly disciplined, divided into regiments and focussed entirely on the work of war.

The society established by King Shaka kaSenzangakona gave every individual value through the role they played in the wellbeing of the whole. Every man, woman and child fulfilled an important function within the community, and this provided each one with intrinsic worth and dignity. A society in which you are valued, respected and have a role is a society worth fighting for.

How then do we translate this lesson from our past into the present? What does it teach us as we face the contemporary battles of poverty, gender-based violence, corruption, unemployment, inequality and economic decline? We are on a new battlefield, facing an enemy more dangerous than any we have faced before. Our country is in crisis and our people in distress. How do we galvanise our people to fight with the same tenacity and courage as those warriors fought at Isandlwana?

The answer, I believe, is to create a society worth fighting for. We need to heal the wounds in our communities and begin to value individuals, not on the basis of what they earn or what car they drive, but because they are human beings. Every human being has intrinsic value and human dignity. It is our inalienable right as human beings to have that dignity respected.

Tragically, high unemployment exacerbates this dangerous path, for it leaves many people feeling useless, worthless and without purpose. Until we address the lie that our value comes from outside factors, like employment, power or wealth, we will struggle with a society that isolates and abandons individuals, leaving them with little reason to fight for the survival and wellbeing of the whole.

In simple terms, if I have no place and no value, why should I care about anyone else? The problems facing our country are as dangerous as they are because they attack our fundamental value system. They undermine Ubuntu/botho. We need to recognise this, and understand that our greatest defence is in strengthening Ubuntu/ botho again.

I often say that we as a nation will either swim together, or sink together. This is true. We need to begin fighting together for a common cause, rather than fighting against each other in a fierce competition for limited resources. We need to respect each other, accepting the intrinsic value and human dignity of each individual. In this way, we will create a society worth fighting for.

I long to see this generation fighting for good with the tenacity, discipline and fervour of our past warriors. Let us be like those who stood at the foot of Isandlwana and cried “Usuthu!” We have learned the painful consequences of defeat. We know how long it takes for a nation to regain its strength once a war is lost. We also know, from the memory of Isandlwana, that a single victory can change the way a nation sees itself.

The Zulu nation is capable of victory. We can overcome. As we face the new onslaught of challenges, let us remember who we are, and let us fight together.

It is my great privilege now to introduce His Majesty our King as he rises to address the nation.