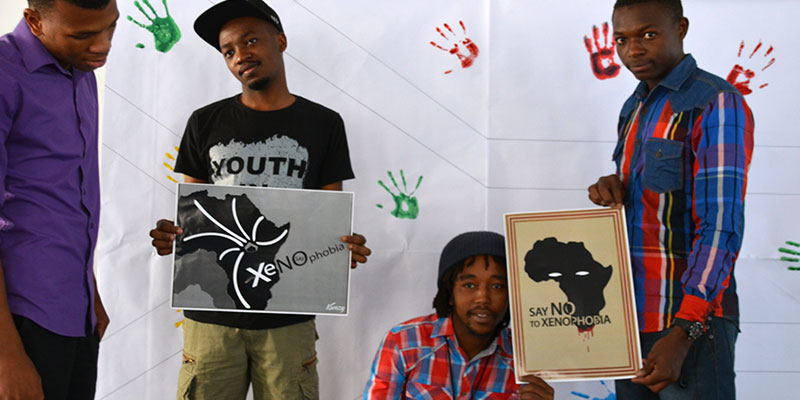 Condemning Xenophobic Attacks Alone Is Not Enough, More Must Be Done!

“There is no doubt that the recent xenophobic attacks deserve to be condemned in the strongest possible terms and that every effort must be made to ensure justice is served. These attacks have brought shame to our country, and done reputational damage which will take years to repair. The IFP Youth Brigade aligns itself with every utterance of condemnation and whatever effort that is being made to bring about a peaceful resolution to this tragedy. We must however move past the reactionary responses and be more proactive in dealing with xenophobia. There is no justification for these xenophobic attacks, but there is wisdom in acknowledging the desperate and dire socio-economic conditions of our people,” Said Mkhuleko Hlengwa, MP, IFP Youth Brigade National Chairperson.

Hlengwa said; “The reality that remains is that the global outcry of condemnation is only half the job. The road ahead requires bold leadership from all sectors of our society to allay the anxieties and fears of the African Diaspora in South Africa on one hand, and to allay the desperation of South Africans on the other. Therefore, to simply condemn is not enough; more is required.”

“We need an honest assessment of the situation. In truth South Africans are condemned to poverty on a daily basis; life is a perpetual struggle and their desperation has reached epic proportions of boiling point; their desperation has overcome them. The much spoken about time bomb has exploded. The mistake is to direct anger and violence at foreign nationals. This anger should be directed towards the government, which has failed dismally to deliver a better life for all South Africans,” Hlengwa said.

“Idle hands are the devil’s playground, and on that basis the government must be prompted to actually deliver on its election promises of creating jobs. All these ceremonial activities aimed at dealing with xenophobia are necessary but it would be foolish to think that they actually deal decisively with the problem. The facts of the matter is that South Africans were wrong to attack foreign nationals, and to ensure that this does not happen again it is incumbent on the government to create jobs,” explained Hlengwa.