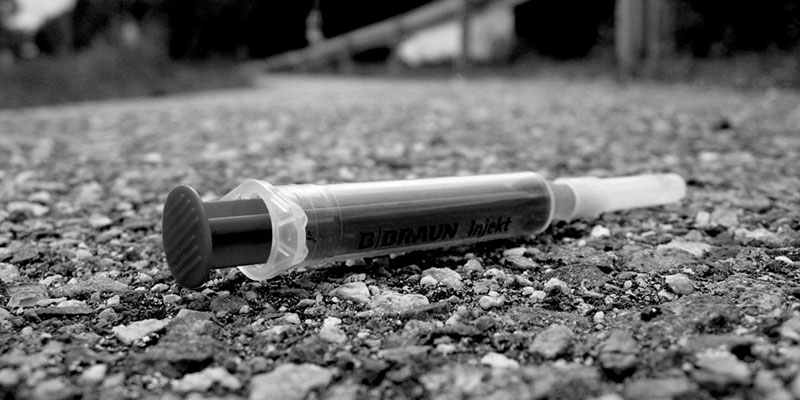 Debate On ANC Motion On Drugs

It seems as if we are getting stuck at defining the problem again and again without making the effort to find where the real solution lies. And the depressing part is that the five step process of shock, outrage, disgust, blame and apathy over free speech will not stop. We have been talking about this issue for far too long but we don’t seem to be arriving at a solution to the problem of drugs that is facing our communities. But what seems to be happening is that the problem is getting worse and Hon Ludidi is right when she says that our children are falling victims to drugs and therefore this is a direct reflection on this ANC led government which has failed dismally to protect our children.

We have been experiencing an alarming increase of drug abuse among the youngsters in recent years. Every now and then we read in the newspapers that teens are being held for consuming drugs and most of them are usually aged between17-20. But the main question arises that why the KZN society is experiencing such a dilemma where more of the teenagers and youths are involved in unethical and unproductive activities like substance abuse. The youth are topping the charts for the wrong reasons this time around.

When drugs take over our lives, we lose control of who we are, how we behave, and what we feel. Many people who have drug abuse problems believe – through sheer force of determination or willpower – that they can overcome the problem themselves. This is almost never the case. Addressing drug abuse problems and overcoming substance abuse without professional assistance is quite difficult.

Despite all efforts by authorities and police to cope with the use of drugs, South Africa has become a paradise for drugs smugglers and drug trafficking. We should fight drugs at household level and in schools. Drug barons look for big money. The pocket money that parents give to their children can easily be used to buy drugs because parents do not check on what their children spend the money. Another concern is that in some cultures it is taboo to openly speak about problems in families, this should be changed. It is important for families to discuss issues that faced them and seek professional assistance or advice from friends.

When it comes to the issue of drugs, South Africa is at war. We have been fighting drug abuse for many years. Former Premiers and Presidents have personally waged war on drugs. Unfortunately, it is a war that we are losing. Drug abusers continue to fill our courts, hospitals, and prisons. The drug trade causes violent crime that ravages our neighbourhoods. The government needs to allocate more funding to drug eradication and treatment programmes. Violent drug gangs and large-scale drug suppliers should be targeted instead of the drug user and the small time dealer.

As the IFP we further believe that places of worship and civic organisations play a large role in providing moral guidelines and educating communities on this issue. Religion plays a very important role in shaping the moral fibre of society. The increase in awareness and community involvement could help to fight against moral decay. Drug abuse including alcohol is an evil that needs to be addressed throughout society. Alcohol abuse and its effects on families are at the core of underdevelopment in this country. So many women and children are being raped, murdered brutally and beaten and because of alcohol abuse.

Although we always talking about drugs but one has to ask these questions. Do these facts mean that external factors are fully to blame for addiction? The answer is, no. While we know all this, why do we still put ourselves on the path to drug dependence? Don’t take the first drink if there is a history of alcoholism in your family or don’t take that first hit. The problem with human beings is that we refuse to take responsibility for our actions and would rather blame someone, or some other circumstances, for making decisions that in the end destroy us or/and our loved ones.

Playing the blame game never leads to real change. We are better of confronting the challenge head on than trying to avoid the situation. If we overcome all this, then healing and probably eradication of the vice itself can eventually happen. The prosperity of a nation is based on the health of the people of that nation. Drugs adversely affect this goal.

Therefore, the focus of debate should be on solving the drug abuse problem in this province, not just free speech or censorship. Sure, it is important to realize that there is a problem that exists but it is doubly crucial to look for answers. It has to be understood that drug addiction is not a law and order problem (unless there is violence) but a problem which can be solved with the help of health professionals and dedicated prevention policies.

Now we must further ask: Where do we go from here? Clearly major steps need to be taken. I believe the first step is an admission by the administration that our current system doesn’t work. The next step must be to find out what the opinion is on the streets and in the schools. Do the education and awareness efforts work? What makes someone decide to try drugs? What is the biggest influence on the child? The bottom line is that drug use needs to be reduced, the murders must be brought down, and the number of people incarcerated must be decreased.

Which is better for South Africa during the next 35 years, prohibition with the continuing costs and ineffectiveness, or reform policies that approach the problem from a different angle? Instead of spending so much money on imprisoning drug offenders and preaching why drugs are bad, why not spend the money on schools, and school programs? The idea is to keep kids from using drugs, and this will in turn reduce the numbers of adults that use drugs. Education is a must, but prosecuting small time offenders is pointless.

Greater effort must be made to keep drugs out of communities so that they not so easily available.

The drug war is not working, and if alternatives are not considered now, a solution may never be possible. Half the problem is resolved when one shows the desire to give up addiction. One must speak up about his/her problem to someone who would understand and try to get him/her out of the problem. One may try to put restrictions on oneself to stop the drug abuse, rely on self-help programs, but without support, it would be really difficult to put an end to it.