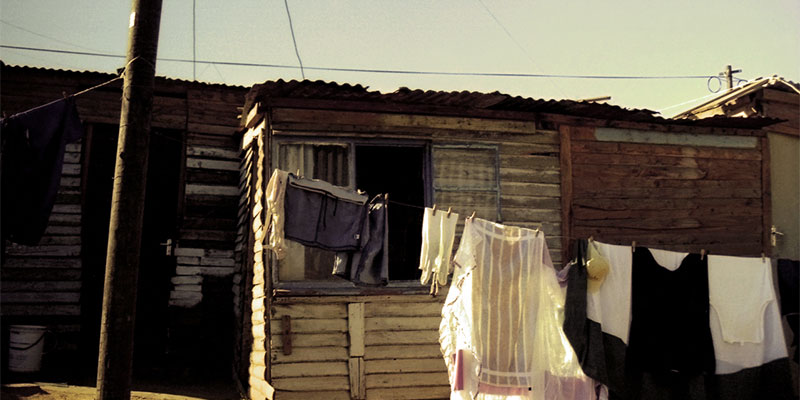 Debate On The ANC Motion On Poverty

I want to thank the Hon Ntuli for tabling this motion for debate today and she is absolutely correct that poverty continues to rear its ugly head in our country. By saying this she is admitting that the ANC has failed to eradicate poverty and create a better life for all.

Eradication of poverty remains the greatest unfinished business since our country achieved democracy. It is also the most unfulfilled objective of the United Nations. If we want to achieve a peaceful and prosperous province, we need to put in place, first and foremost the conditions for rapid socio-economic development; improvement in the human condition and end to hunger and deprivation. To do this we have enormous resources at our command and technology today presents us with solutions that were unthinkable previously. The challenge is to channel the available resources and use technology to tackle unemployment and poverty

The Millennium Development Goals adopted by the United Nations in the year 2000 had the eradication of extreme poverty by the year 2015 as its number one goal. But 2015 has come and gone and poverty still rears its ugly head in our country. Now the target date has been moved to 2030. In other words the poor must remain hungry while governments move the goal posts further and further away.

We must be honest when we say that we are serious about our ambition to eradicate poverty and we must make that ambition a reality. We must translate words into action. This is something the ANC government has failed to do and that is why “poverty continues to rear its ugly head” under ANC rule.

Hon Ntuli is right that we need to look at the other BRICS countries especially China and learn from the success that China has achieved in reducing poverty. When we consider how China has become one of the strongest economies in the world, we see that China created jobs locally for its people and did not resort to importing cheap goods from other countries thereby shutting down its own factories and increasing its unemployment rate. Here in South Africa this ANC-led government has been extremely successful in importing cheap Chinese goods thereby shutting down local factories and leaving our people jobless and poor. That is why poverty will continue to rear its ugly head under ANC rule!!

Due to protest action and destruction of factories like we saw at Isithebe, many businesses are moving out of our province and taking their operations to neighbouring African countries thereby increasing our unemployment rate. These companies will create jobs in those countries and we will be forced to import goods rather than produce them at factories that create employment for our people. Yes, poverty will continue to rear its ugly head under ANC rule!!

This House must be reminded that it was through the efforts of Prince Mangosuthu Buthelezi that factories were established at the Isithebe Industrial Estate and other parts of this province thereby creating jobs for the people of those areas. We, as the IFP were able to create sustainable jobs because we know how to govern. We know how to craft legislation that will enable the private sector to partner with government in growing the economy. We have done it in the past and we are ready to do it again so that our people will not continue to live in poverty. Under the present government people are losing jobs while the ANC’s promise of creating 5million jobs continues to remain a pipe dream.

The IFP does not criticise without providing solutions and we believe that the solution to poverty lies in one of the basic principles that is enshrined in the Constitution of the IFP. One of the Aims and Objectives of the IFP is

“ To propagate among our people the spirit of self-help and self-reliance.”

We know how to empower people so that co-ops function well and people even in the deep rural areas can become self-sufficient and do not rely on the state for hand-outs.

The IFP believes that the essence of the all-out-war on poverty eradication is only achievable if collective efforts are made by all citizens of the province. Government targets must be the immediate alleviation and eventual eradication of poverty through sustainable and targeted efforts. This cannot be achieved by government alone. The private sector has a role to play and is willing to do so if the climate is conducive. Therefore it is up to government to create that enabling environment and not frustrate initiatives through excessive red tape, bureaucratic bungling and corrupt practices. The IFP knows how to craft legislation that will encourage foreign direct investment in our province without lengthy delays. We know how to run a clean and transparent administration where officials do not seek bribes and kick-backs from potential investors in order to fast track paperwork. Presently potential investors have to become “blessers” of many government officials thereby tarnishing the image of government and delaying job creation. This will stop under an IFP administration.

When it comes to war on poverty all community structures must be involved. We want to see even the youth taking the war on poverty more personally. The youth must be provided with opportunities to skill themselves so that they can take their rightful place in economy instead of waiting for the government to find solutions for them. Our youth are energetic and intelligent and as government we must harness these qualities and channel them into productive activities.

As the Inkatha Freedom Party we call on all institutions of government and the private sector to work together in the fight against poverty. We also believe that sustainable empowerment programmes to redistribute wealth through ownership of resources and entities should be considered as long-term solutions to poverty eradication. We further reiterated our call that investment in the agricultural sector has great potential to create sustainable jobs, which will provide a lasting solution to poverty.

We need a renewed commitment to reduce poverty and promote opportunity. That is the faithful and patriotic way forward.