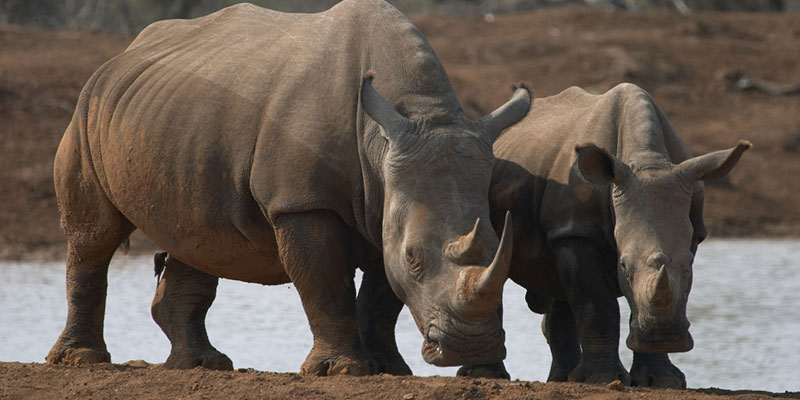 Honourable Chairperson, the Inkatha Freedom Party debates today on the amount of R 2 784 403bln that has been allocated to the Department of Conservation and Environmental Affairs for the 2017/2018 Financial Year.

Honourable Chairperson, rhino horns will be able to be bought and sold legally in South Africa for the first time in eight years after the Constitutional Court ruled in favour of private rhino breeders in April. The Department of Environmental Affairs appeal to prevent this was dismissed. According to draft regulations this would grant all foreigners with permits to export a maximum of two rhino horns. The IFP believes that the exporting of horns would be difficult to audit and allow for horns obtained illegally finding its way onto the commercial market, exploiting ivory trade. This defies global agreements to protect our rhino populations and negatively impacts their long term survival. Rhino poaching in KZN has been steadily increasing almost every year since 2008, with a number of 161 rhinos killed within the province in 2016. By mid-April 2017 we were sitting on a total of 65.

Honourable Chairperson, what of KwaZulu-Natal, the cradle of global rhino conservation? The new board has not put any action into ensuring the proposed fiscal scheme to increase hospitality as promised at last year’s budget. The IFP find this lack of responsibility by the board unacceptable. Ezemvelo operational budget has seen a loss of R300 million. Poachers have turned their rifles and machetes on the Hluhluwe-Imfolozi Park and other reserves in KwaZulu-Natal, increasing poaching by 38%. The park is now on the verge of dehorning rhinos. One would never have fathomed that we would need to resort to such extreme measures to maim our rhinos to protect them. We need to enforce more protection that would deter these poachers and we desperately require the appropriate funding to ensure the safety of rhinos.

Honourable Chair, another issue we need to address is EnviroServ Waste Management, a company that is at the centre of a toxic stench row over a landfill site that it operates in Shongweni. Investigations were put into action after an increase of health complaints by residents linked to gasses being omitted due to the site. EnviroServ are allowed to take in toxic waste. The company had initially denied all allegations but admitted partial responsibility after an independent testing. March alone had brought in 14174 complaints to the Upper Highway Air non-profit. Although EnviroServ maybe the possible target, the IFP would like further investigation to be carried out on the other surrounding industries.

Honourable Chairperson, a topic I hold close to my heart is my Leader, Prince Mangosuthu Buthelezi who was awarded the Nature Life International Environment Award last year for his constant diligence in conservation. Prince Buthelezi is celebrated for his feats in the preservation of our heritage and culture in KZN and this award was an acknowledgement of this. His tireless commitment protecting the UNESSCO World Heritage Site was one of the main reasons. Prince Buthelezi is now held in the same esteem as His Royal Highness Prince Charles and former Russian President Mikhail Gorbachev whom have been honoured with this reward. Prince Buthelezi is seen as a true son of our motherland.

We appeal to the incoming MEC to have an open door policy, like his predecessor, with members of this portfolio in the interest of our environment.