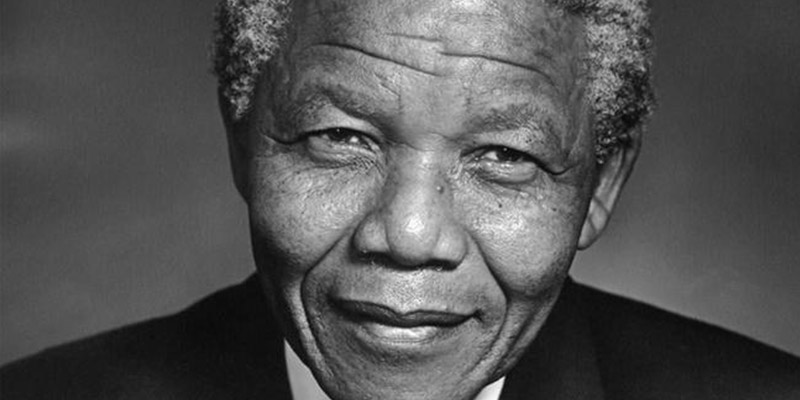 Nelson Mandela possessed a passion to serve the people of our country without being self-serving and engaging in corrupt activities. In areas of potential conflict, he was the voice of reason. His wisdom and statesmanship carried our country through a smooth transition from an oppressive past to the dawn of democracy. Countries across the world watched and took note as the Madiba Magic transformed South Africa and handed us a legacy that we can all celebrate.

Who can forget Madiba holding the Rugby Webb Ellis Trophy above his head when the Springboks won the Rugby World Cup for the first time on 24 June, 1995? Or the excitement on his face when we won the right to host the 2010 Fifa World Cup? Less than a year later, on February 3, 1996, Mandela appeared in a replica of Bafana Bafana captain Neil Tovey’s number nine jersey at FNB Stadium. These were indeed defining moments of our nation

We will be fooling ourselves if we think that 67 minutes a year are enough to bring to fruition to Madiba’s dream. We, and the ANC in particular, must honour and implement Madiba’s philosophy and ideals every day of the year.
The question that we need to ask ourselves is: Is it enough to praise Mandela’s name during the 67 minutes of community upliftment or on his birthday or even during the month of July each year?

As the IFP we believe that Mandela Day must be a 365-day event. It cannot be that you serve the community on one day and for the remainder of the year you forget community interests when you mismanage state resources and engage in corrupt activities with an intention to enrich yourselves at the expense of the poor. You must show the world that the Government of South Africa is indeed living the legacy of Nelson Mandela. As leaders we all need to be at the forefront of community service and we must lead the fight against corruption and poor service delivery.

Nelson Mandela demonstrated through his words and actions that moral and ethical leadership is what is needed not only in countries across the world but also right here in South Africa. One such moral and ethical leader who is recognized as an Elder Statesman, is His Royal Highness Prince Mangosuthu Buthelezi, President of the Inkatha Freedom Party who shared a long and personal relationship with Nelson Mandela. Speaking at an event in Durban on Mandela Day this year, Prince Buthelezi said:
“I am often asked what I think Madiba would say about the present state of our country and the calibre of leadership now at the helm. I think my insight into that question is probably the same as yours, because we know what Madiba stood for. We know what he wanted for South Africa and we remember the many things he said about service to our fellow man being the highest calling.”
Unfortunately the present leadership in the ruling party does not see service to our fellow humans as the highest calling. Greedy and self-serving politicians and government officials are enriching themselves and their families while the masses of our citizens live in abject poverty.

The Mandela legacy is being destroyed by the very political party that he served with pride and passion. Greed, corruption, mismanaged parastatals, growing unemployment, bleak economic outlook through economic downgrades, threats of xenophobic violence, ongoing service delivery protests, strike action by unions and many more negative issues are daily items of news in our country. This state of affairs is not what our freedom fighters laid down their lives for.

ANC leaders in government and other structures go about singing the names of Dr Nelson Mandela, Inkosi Albert Luthuli, Mr. Oliver Tambo and others, but they forget what these brave and moral leaders fought for when they bury their heads to feed in the trough.

If you are sincere in celebrating the legacy of Nelson Mandela, then you must conduct yourselves in a manner that will reflect the Mandela legacy. You must demonstrate your admiration and respect for Mandela by conducting yourselves with integrity in the service of the people who elected you into government.

The Government must promote and expand equal opportunities for all, an environment where no one is held back by arbitrary criteria such as gender, religion or colour or the prejudice of those in power.

The current growing civil unrests and protests have been ignited by the dysfunctional sphere of local government where service delivery has all but collapsed. Justice and basic services are not accessible to all but rather a few. The prospects of individuals are dependant on their links and access to the small leadership network. The leadership promotes and protects the network and in return they promote and protect the leadership. This results inevitably in corruption and power abuse.

If the ANC could just once again embrace the ideals that our iconic, Nelson Mandela embodied it would have achieved much and honoured him appropriately.

Our actions should be motivated by the vision that drove Madiba’s life, a life dedicated to social transformation. We need to remember that the struggle for human equality that Madiba personified was not consummated by the achievement of freedom and democracy in April 1994, because, by definition, freedom means the recognition of necessity, and democracy means, in the words of the Freedom Charter, that “The people shall govern and no government can claim authority unless it is based on the will of the people.”
Indeed, the best way to honour Madiba’s life is by injecting this spirit of sharing into the bloodstream of our daily lives, so that even the mere thought of poverty and homelessness, unemployment and disease, among other ills, make us sleepless at night and spur us to act at all times.

The distress of others should continue to be a source of discomfort to all of us, and drive us to act for change.