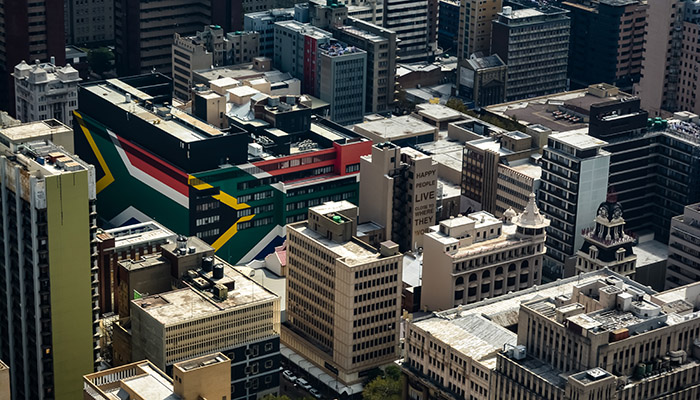 Hon. Members of the Legislature

This year we commemorate the 150th birthday of Mrs Charlotte Mannya-Maxeke, the only woman who was present on the 8th of January 1912 when several hundred learned man gathered in Bloemfontein to chart a course for our liberation, she said, and I quote:

This work is not for yourselves. Kill that spirit of self and do not leave above your people; but leave with them. And if you can rise, bring someone with you.

Honourable Premier when you spoke on Tuesday one could not help but get a sense that we were being told the truth at last. The stark reality you described using the Gwara Gwara scenario of the Indlulamithi South Africa Scenarios 2030 was indeed very honest and enlightening. While it could have been easy to paint a glossy picture of the state of our province and garner applause, you chose to be courageous and acknowledge the economic stagnation, deepening unemployment, extreme poverty, unparalleled inequality and consequent social unrest. This stood in sharp contrast to the previous SOPAs where the false narrative was spun that “there are good stories to tell”.

While we appreciate hearing the truth about the real state of affairs in our province, we are equally concerned that the remedial plans announced in the speech are not consistent with the Gwara Gwara scenario that you described. They are sophisticated and incoherent to the challenges faced by the man in the street and fail to address the HOW.

Of course, Premier, we all share the dream of “an integrated, reliable, affordable, efficient and smart mobility across the Gauteng-City-Region by 2030”. But do we dare dream of building smart cities tomorrow, when today we can’t even get the basics right? The picture of a total breakdown of public order fuelled by anger at a dysfunctional and self-serving state, rising poverty, increasing inequality and rampant corruption is familiar to us. The picture of a Gauteng innovation ecosystem and affordable broadband connectivity and free Wi-Fi to poor households in Gauteng is possible to imagine. But is it possible to achieve?

We are already grappling with what the IFP calls urban poverty – people in the townships are hungry, they are unemployed and have lost any hope of finding employment because of a simple but harsh reality: our economy cannot create jobs.

Accordingly, the IFP welcomes the news that the provincial government will introduce the Township Economic Development Bill in the Provincial Legislature in June this year to nullify all bylaws that inhibit, frustrate and suppress the operations of SMMEs and informal businesses in our province. The IFP understands the effect of unemployment and regressing economy. We fully support all government initiatives aimed at improving the economic growth of this province and revitalising township economy. We, however, wish to state that the biggest killer of township business is government failing to pay township businesses on time. Given that this trend lingers, the IFP would like the Honourable Premier to specify the exact measures that are going to be put in place to enforce compliance.

Madam Speaker, I noted with regret the ambiguity with which the Premier spoke about hostels in the 2020 State of the Province Address. He said and I quote:

We are also setting aside specific resources to deal with the formalisation of informal settlements and upgrading of hostels into family units, two longstanding policy commitments of successive ANC-led administrations.

Surely one does not need to be a genius to observe that there is no specific budget or timeline for implementing this programme. Honourable Premier the IFP demands what normally is the constitutional duty of any government. Give us a concrete plan and budget of how you are going to implement what we term the Emergency Intervention Major Repairs and Maintenance of hostels to restore the dignity of hostel residents while are you planning the long term upgrading of hostels into family units

Honourable Speaker, I have stood before this house to warn against the tendency of dealing with the issue of hostels based on personal feelings. Yet it appears that the message sent to the hostel residents is that the ANC-led government doesn’t care and will not hesitate to procrastinate on this matter notwithstanding that there are people who have been stripped of their dignity and right to housing for more than 25 years. Clearly it is the lack of political will and arrogance by some political leaders and senior officials that is frustrating the upgrading of hostels into family units and not so much resources.

As Mrs Charlotte Mannya-Maxeke said: “This work is not for yourselves, kill that spirit of self …. And if you can rise, bring someone with you.”