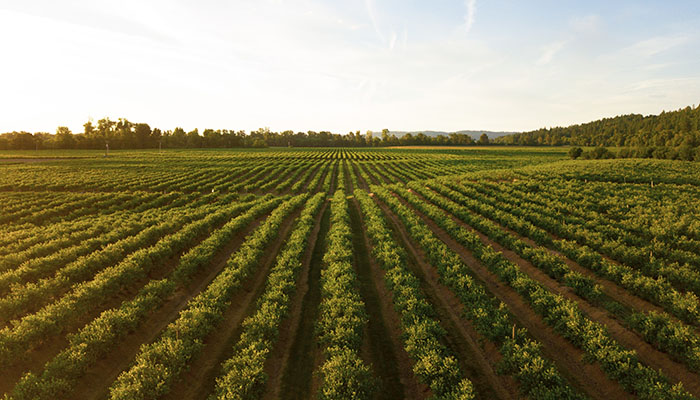 The IFP supports the budget allocation of R2.5 billion for the Department of Agriculture and Rural Development.

As the IFP we cannot shy away from the fact that this Department is in shambles and it is a disaster. This was indicative during SCOPA and subsequent Portfolio Committee meetings with the Department, where the officials from this Department had no plan on how they were going to turn around the areas of concern from the Auditor-General’s audit report. Because, for three consecutive years, this Department has received poor audit outcomes. They presented to us unconvincing resolutions that said nothing and we were forced to send the team back to the drawing board. It seems to us that officials of this Department do not take their jobs seriously and treat Legislature Committees like a Tick-Box Exercise. The audit findings of this Department revealed irregular expenditure of R715 million by the Department, as well as R118 million incurred by entities, ADA and Mjindi.

The officials of this Department were expected to present a turnaround strategy on how they will fix the devastating mess in this Department, which includes the following:

Hon. Speaker, this Department is dysfunctional and if the Hon. MEC and the HOD fail to weed out corruption in this Department, nothing good will come from this Budget. Officials will continue to be paid for nothing. Consequence management and SCM processes are flouted and we are concerned that this Budget will be misused and there will be nothing to show for it again.

The Department is in dire need of strong, capable and competent leadership to dismantle the mafia that is holding this Department back in fulfilling its mandate effectively. To prove that there is rot in this Department, let me remind you Hon. MEC about the corruption that happened in your Department and which no one has been held accountable for until today.

A forensic investigation was launched into how this Department squandered more than R200million of drought-relief funds‚ which was reserved for subsistence farmers and struggling smallholders, after the Province was declared a disaster area following a crippling drought in 2015. Farmers were meant to use funds for water harvesting‚ scooping of dams, rehabilitation of boreholes‚ and provision of stock-feed. The report into this investigation has not been released to the public.

Another forensic report was commissioned by former agriculture MEC Meshack Radebe, after R60 million of taxpayers’ money meant to assist emerging farmers in rural areas around the Province had not been accounted for, in 2012. This investigation‚ which cost R10 million‚ was completed in February 2014‚ but has not been released to the public.

We are extremely concerned that delays appear to be deliberate, undue and unreasonable, and we condemn this lack of progress. The delay in identifying the “perpetrators and masterminds” behind the alleged corrupt activities is undermining the public’s trust in the government. We demand proper, fair and time-bound investigations in this Province. Justice delayed is justice denied.

Hon. MEC, we urge you to ensure that this Department achieves a clean audit.

However, the budget cuts to the conditional grants that will have an impact on the funding of agricultural farm structures, irrigation schemes, seeds etc. at household and smallholder level are a problem to us, as this means trouble and poverty for emerging farmers in rural areas.

We also note the amount of R206.4 million for Comprehensive Agriculture Support Programme Grant. We call upon the Hon. MEC to ensure that the tendency by this Department to fail to spend grant funds fully comes to an end. In 2018 this Department failed to spend millions of rand in grants meant to develop farming in rural areas.

The failure to spend the money is almost tantamount to treason. Action must be taken against anyone who fails to ensure that all funds of the Department are spent accordingly.

The agricultural sector is critical for the economic development of the rural areas and the country as a whole. Therefore, our programmes of rural development – land reform and agrarian reform – must be integrated into a clear strategy that seeks to empower the poor. Higher food prices impact negatively on the purchasing power of the poorest of the poor in our Province. Thus, it is important that this budget should also speak to providing solutions to cushion the poor. Our short-term intervention measures should ensure that they provide safety nets for the poor.

Having said that, the disparities that still exist within our country, especially between the urban and rural areas after almost more than 20 years of democracy are startling. The development of our rural areas has not taken place at a fast-enough pace, and people who live in these areas are still plagued by extreme poverty and a lack of food security. This is an unacceptable situation and the Department of Agriculture and Land Affairs must do more to correct the situation and afford the rural areas the required attention, funding and expertise that they need to escape the cycle of poverty in which they are trapped. The Department’s initiatives and programmes aimed at achieving rural development must be re-examined, and if needs be, modified or changed in order to speed up the pace of development in the rural areas.

We support the initiative by the Department to develop a plan to produce its own seeds and seedlings. In support of the RASETA we urge the Hon. MEC to ensure that black-owned businesses, in particular the youth, women and people with disabilities, especially in rural areas, are benefitting fully in this programme.

We commend the Hon. MEC for providing feedback on what progress has been made on this programme. As the IFP in the past we have called for a farm audit – those owned by the youth – to be conducted in order for them to be supported. The IFP says people who owns farms must be provided with skills, markets, financial assistance and equipment. Without necessary support they will not be able to farm. They must be assisted to keep their farms productive.

The IFP is concerned by the state of sugar industry in KZN. This follows the decisions by Tongaat Hullett to mothball Darnall Sugar Mill, and of Illovo Sugar South Africa (ISSA) that it would be suspending operations at its uMzimkhulu Sugar Mill for the 2020/2021 season. This will still affect the small-scale farmers financially as they may have to transport the sugarcane longer distances, and this will contribute to unemployment. We urge the KZN Department of Agriculture to urgently follow up on the announcement made by President Ramaphosa during his State of the Nation Address that the government has developed a plan with farmers and industrial users to save jobs in the sugar industry, and the government is to finalise a Sugar Master Plan that will assist the struggling sugar industry and prevent job losses.