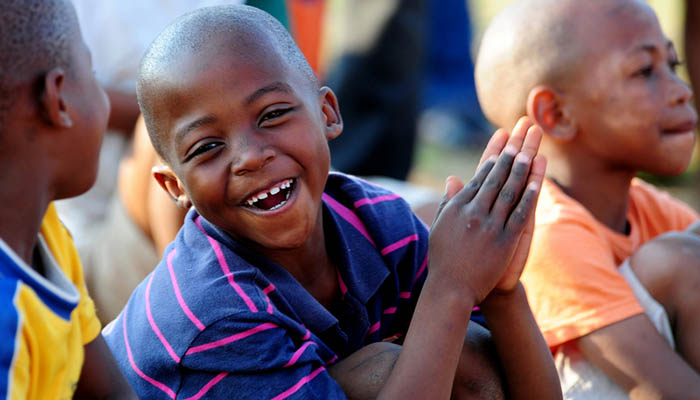 Debate on Department of Social Development Budget Presented During a Hybrid Sitting of the KwaZulu-Natal Legislature on Friday, 6 May 2022 by Hon. P Govender of the Inkatha Freedom Party

Thank you, Hon Chairperson, greetings to the Hon. MEC, the Leader of the Official Opposition Hon. VF Hlabisa, all Hon. Members physically present and all who have joined on the virtual platform.

Hon. Chairperson, this past year has seen our country and more so, KwaZulu-Natal, going through very turbulent and difficult times. Over the past year we have endured the ravages of the Covid-19 virus, the social unrest and looting that negatively affected large parts of our province and destroyed many business entities and individual livelihoods. Just as we came out of the festive season this year and embarked on rebuilding the economy and restoring livelihoods, we were struck by the massive storm that devastated large parts of our province and the Eastern Cape. The tragic loss of hundreds of lives accompanied by the destruction of homes and infrastructure, has placed enormous strain on resources and emergencies services.

Allow me to record our sincere thanks and appreciation to emergency services personnel, ordinary citizens and organisations such as the Gift of the Givers and the Gift of the Needy, for responding to the urgent needs of our people. I salute the National Executive Committee of the Inkatha Freedom Party for taking the wise decision to donate R250 000 to the Gift of the Givers, knowing that this contribution will go towards relief efforts and will not be looted. This contribution was in addition to a large number of food parcels, water and blankets that the IFP donated to communities in storm-affected areas. I must also thank the MEC, Hon. Khoza, the HOD and DSD officials across the province for bringing relief to people under difficult conditions, even though some of them also suffered losses.

Hon. Chairperson, as we debate the 2022/23 Budget of R3.2 billion allocated to the Department of Social Development, we note that the Department’s budget is reduced by R500 million, if compared to the 2021/22 Budget. With the added demands for social services and social relief, I would hope that additional funding from the National Disaster Relief Fund will be made available to this Department to fulfil its obligations to our citizens.

Hon. Chairperson, I was happy to hear from the Hon. MEC for Finance yesterday that the post of CFO has finally been approved and will be filled soon. This being a critical post I hope that the person identified is a competent, well-qualified and honest individual.

Social relief is at the core of this Department’s mandate. It must be stressed that the allocation of R23.6 milionl towards the SRD Grant falls far short of what is required to bring genuine relief to those in need. Talking of the need for more funds, I remind this Hon. House that arising out of the notorious R22 million blanket saga, the SIU determined that two companies would pay back money that they over-charged the Department. The two companies, viz Zain Brothers and Rosetta, were to pay back R718 550 and R864 000 respectively, by 31 March 2022. In addition, the SIU was to have determined how much the other two companies, viz LNA Communications and Gibela Investments, were to pay back. I would like the Hon. MEC to tell this House whether the two amounts have been received by the Department and if the SIU has determined how much is owed by the other two companies. I raise these issues because these funds belong to the people of our province and will go a long away in bringing relief to people in need during these difficult financial times. Since the Hon. Premier had instituted the forensic investigation, it is incumbent upon him to ensure that the findings of the report are acted upon.

While on the issue of the blanket saga, Hon. Chairperson, the IFP must record its shock at the NPA’s decision not to prosecute those senior officials that the forensic investigation found to have flouted PFMA and Treasury Regulations. By issuing a “nolle prosequi”, the NPA is allowing those responsible to get away scot-free. This is not acceptable if we are indeed serious about consequence management.

Hon. Speaker, Programme 2 deals with the core business of this Department, Social Welfare Services. In order for the Department to carry out its mandate, it has to have a full complement of human resources and tools of trade. According to the Green Book “In 2022/23, the Department has 12 vacant posts within this Programme, but plans to fill only critical vacant posts due to the carry-through effects of the 2021/22 budget cuts against personnel budget. The number is yet to be determined as the Department is still in the process of reviewing the critical posts to be filled”. I want to urge the Department to treat the filling of these critical posts as an urgent priority if it is serious about efficient service delivery.

The IFP welcomes the reprioritising of R16.317 million, of which R2.5 million goes to Compensation of Employees, R1.5 million to Goods and Services to cater for food relief, and R12.317 million as Transfers and Subsidies to NPOs. I want to strongly advocate for more support and funding to the NPO sector, as they are at the coal-face of service delivery. As the Hon. MEC said in her Address earlier, NPOs played a major role during the Covid pandemic, social unrest and the recent floods. It is of serious concern to the IFP that duly qualified and registered social workers in the NPO sector are not paid the same as their counterparts in government departments. This is an issue that needs to be addressed if we are to retain social workers in the NPO sector.

Hon. Chairperson, it must be of serious concern to all of us when we are told of the number of DSD vehicles that are hijacked and the lives of staff placed at risk. We are now told that social workers are opting to use their private vehicles to do their work and they claim expenses from the Department. Whilst this might be an interim measure, I would urge the Department to put measures such as tracking devices in all its vehicles and have a fool-proof system in place to ensure that fraudulent claims are easily detected and stamped out.

Programme 2 has the sub-programme that deals with social relief. Although the allocation to this sub-programme has been increased compared to previous years, the R23.675 million allocated will not have the same buying power as it did in previous years, due to inflation. As a result of this, the Department will not be able to cater for the needs of the increasing number of people who will be dependent on social relief.

In Programme 3, the IFP notes the shift of the ECD function from DSD to the Department of Education, in line with the President’s SONA. In view of this, 70 members of staff and a budget of R630.317 million has been removed from the Department’s baseline and transferred to the DOE. This is in keeping with the principle of funds following functions and I hope that the shift will be a smooth and seamless exercise.

The Social Sector EPWP Incentive Grant for Provinces is used to pay stipends to CCGs who were previously employed by NPOs. It must be of serious concern that this Grant has been reduced by 11.5% from the previous financial year. Since CCGs depend on this Grant, as meagre as it is, to cater for their needs, many of them will be out of pocket as a result of this cut-back. Hon. Chairperson, it is no wonder that highly qualified social workers, many with honours degrees, staged another protest outside the DSD offices in Pietermaritzburg towards the end of March this year. They claimed that they are “being used and discarded like rubbish”. I can understand their frustration because they are given four-month contracts while being listed as government employees but when their contracts end, they do not qualify even for the R350 SRD Grant because they were recently employed. This recycling of social work graduates must not continue and I want to urge the Department to ensure that these graduates are given permanent employment.

The gangsters in the Amajuba District known as “Last Warnings” must be sent a clear message that they will not get any warnings. The Department of Community Safety must act swiftly to stop this gang and restore peace to those communities.

Hon. Chairperson, the Inkatha Freedom Party supports the budget of R3.2 billion allocated to the Department of Social Development.