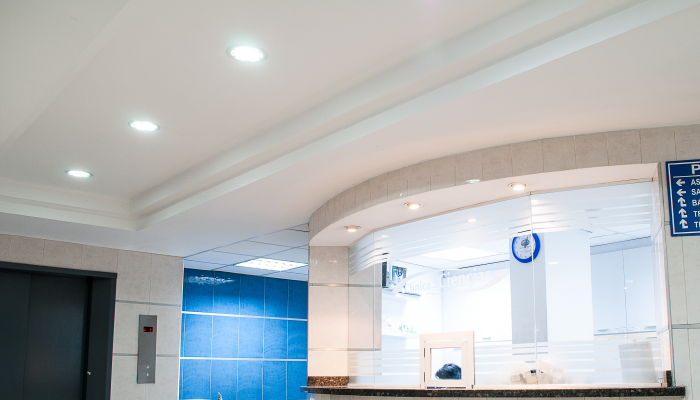 I would like to say that as we approach World AIDS Day on 1 December 2019, todays Sitting provides a good opportunity to reflect on some significant achievements in combating HIV/AIDS and to focus on the serious challenges that lie ahead.

The IFP will always support any initiative and programmes for the benefit our people. The IFP believes that universal access to prevention, testing, early treatment and support in this field is essential. There is an urgent need to increase the rate of development, and also to increase implementation of prevention, information, education and awareness campaigns, and to invest in research and development of new prevention and testing strategies, which must be kept up-to-date with changes in the nature of the pandemic. In particular, it is of prime importance that testing and treatment are done as early as possible, and that anti-retroviral drugs are made available at an affordable price. That is why as the IFP we welcome the launch of a new and improved combination treatment for HIV by the National Department of Health the Tenofovir antiretroviral drug or TLD. This is a step in the right direction as South Africa has the largest HIV treatment programme in the world and aims to have more than 6 million people on ARVs by December 2020.

We note we concern the report by the UN International Children’s Emergency Fund (UNICEF) which says about 120,000 people aged up to 19 died last year from AIDS-related causes. The agency says 62 percent of the children who died from AIDS in 2018 were in the zero to 4 age group. The UNICEF further stated that some 320 children and adolescents died every day from AIDS-related causes in 2018, or 13 every hour.

Therefore, as we get closer to commemorating the World Aids Day, remember those who lost their lives to AIDS, we remember parents who lost all their children to AIDs, we remember children who grew up alone in harsh conditions because both parents died of AIDs and we remember those families that were totally wiped off by AIDs. HIV/AIDS stripped our people their dignity and all we did we did back then was bury our people every day. Cemeteries became familiar to most families as they became battle grounds for burial space as people died in large numbers.

Today it is no longer the case and as the IFP, we commend the ANC government for listening to the IFP led government in intensifying the fight against the mother-to-child HIV transmission. As a country that went through lost so many lives, we cannot ignore the gravity and sheer irresponsibility of Former President Mbeki’s deceptive denialism that costed this country millions of deaths that could have been avoided.

It was during these hard times when the IFP said enough was enough. The former KwaZulu-Natal IFP Premier Dr Lionel Mtshali openly defied the then ANC government policy under the leadership of Former President Thabo Mbeki which prevented the distribution of the Anti-Aids drug nevirapine to HIV-positive pregnant women.

Close to 100 000 children were born being HIV positive in South Africa every year and Premier Mtshali and the IFP overruled the then ANC health MEC in KZN and announced that KwaZulu-Natal would begin rolling out ARVs immediately in defiance of the Government policy which used delaying tactics and theoretical excuses to get in the way of saving our children and people.

We therefore, applaud the government for doing absolutely well in escalating its efforts in the fight the rate of mother-to-child transmission of HIV to less than 1% in 2019.

Today we applaud the enrolment of 1,3 million people on the Antiretroviral Treatment (ART) programme and the immediate provision of treatment to any patient who tests positive for HIV, without making them wait for their CD4 count to drop (Test & Treat programme).

We applaud the government for introducing the Fixed Dose Combination drug, which means that people only need to take one tablet daily instead of three.

However, according to a study released by University of Cape Town, our country still struggles to meet the HIV treatment coverage goals and there is strong evidence of reduced condom use among youth which is the leading cause to the slow progress in achieving reduced HIV incidence. This means that more campaigns are needed in encouraging condom use.

The province of KwaZulu-Natal recorded the highest HIV prevalence in the recent statistics by the Human Sciences research Council of South Africa. It was indicated that quarter of the region’s population is living with the diseases and new infections are rapidly increasing daily.

We also commend the training of nurses to initiate patients on Antiretroviral Treatment, which used to be performed only by doctors. This has done a lot of improvement in our societies. The circumcision of more than 1 million men and boys decreasing the rate of HIV infection by up to 60% in just 10 years – with not a single death reported is a milestone that we cannot ignore. However, a lot more has to be done in this regard.

This calls for government and everyone to double their efforts by getting more community health workers to take HIV testing to the people in all communities especially in rural areas. Everyone must be tested and know their status if we want new infections to decrease. Eshowe here in KZN is leading by an example in their efforts of fighting HIV. Their efforts should be replicated in all our communities. We understand that government cannot win against this fight alone but everyone’s effort is needed in the fight of HIV epidemic.

Training of healthcare personnel in the Adolescent and Youth user Friendly programme must be strengthened throughout KZN communities. The number of new infections in adolescent girls and young women is extremely high. We need to see more healthcare attending to all the healthcare needs of young people, including supplying them with condoms and other contraceptives.

Campaigns of awareness against the culture of ‘blessers and sugar daddies’ needs to be intensified amongst young women in this country. A lot of damage has been done by this horrific culture where we have seen women selling their souls to older men for money.

In order to encourage people living with HIV/AIDS to be tested early, it is also essential to overcome discrimination barriers. The fear of the stigma attached to a positive test result can prevent patients from accessing early screening. For this reason, this Legislature, and other stakeholders must speak out clearly and consistently against all forms of discrimination against people living with HIV anywhere in the country. HIV is to be treated as a transmissible but non-contagious disease, and any restrictions on freedom of access, travel and residence for HIV positive people, because of their HIV status, are counterproductive. Any such practices will dissuade patients from obtaining screening and treatment, which is harmful to the individual and to society. Our common humanistic core values and a strong commitment to human values, solidarity and our position against discrimination must be the basis of all policies to fight HIV/AIDS, and should be the foundation for all activities in combating the disease. The IFP demands that action must be taken against nurses and doctors who name and shame people with HIV in a public domain.

The IFP reiterate its calls for the Department of Health to give priority to the local doctors. We commended the MEC of Health Hon Nomagugu Simelane Zulu for the circular she had sent out proclaiming the stand of the KZN government in prioritising local doctors and health professionals. Our hospitals are in dire need of more health professionals. The commitment by the government to shift the focus to local health professionals speaks to addressing the high level of unemployment among South African youth. It cannot be okay to be employing foreign nationals if the skill is available locally.

As the IFP, we however, want to state it categorically that we do not a problem against other countries providing jobs regarded as scarce skills to our country but this should not happen in the detriment of the citizens of our country because it is a fact that KZN remains with loads of unemployed health professionals with relevant qualifications and experience.

We are not xenophobic. However, we strongly believe that it is a duty of the government, companies and individuals doing business in South Africa to always prioritise South African skills to assist in curbing the ever-growing time bomb of unemployment and poverty.

In conclusion, I should like to make two observations. The first is that our common goal is as follows: people who test positive for HIV must receive high-quality treatment, regardless of their origin, nationality, opinions, age, sex, sexual orientation, religion or any other factor.

The second observation is that, in this context, international coordination is essential if this pandemic is to be defeated.

I want to say to those who are living with HIV that their status does not define them and they can be whoever they want to be, and to say to those who have not been tested, perhaps out of fear, that it is better to live in knowledge than to die in fear. HIV in this country is no longer the death sentence it once was.