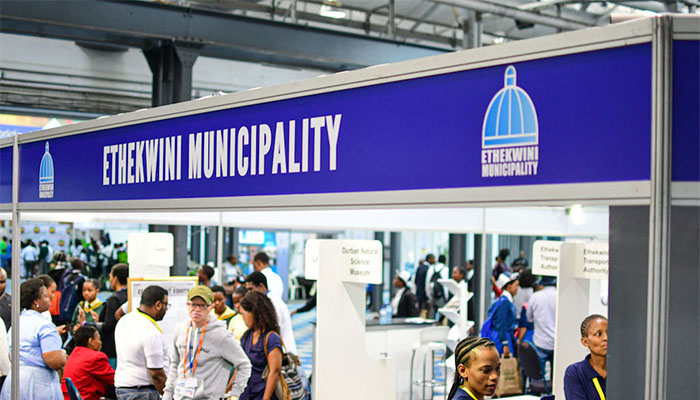 DEBATE ON LOCAL GOVERNMENT ISSUES IN THE ETHEKWINI MUNICIPALITY HELD ON WEDNESDAY, 04 NOVEMBER 2020 BY HON P GOVENDER ON BEHALF OF THE INKATHA FREEDOM PARTY

Madam Speaker, I shall commence this debate by quoting the eThekwini Metro’s Vision that was developed in 2020: “By 2030 it will enjoy the reputation of being Africa’s most caring and liveable city, where all citizens live in harmony”. The reason that I quote this, is because as a citizen of eThekwini, I believe that this vision can become a reality, if the City can resolve the many systemic challenges that it faces in various departments within the Metro. These systemic challenges are not beyond repair and at the outset, I want to urge the city officials to urgently attend to the following issues that are of serious concern to our citizens. The issues are in no particular order of importance:

Madame Speaker, allow me to expand on some of these issues. When we conducted oversight visits to projects and war rooms, citizens from all parts of eThekwini were outspoken about issues that are of concern to them.

With regard to crumbling infrastructure, Madame Speaker, we find that across the city there are ongoing issues of burst or leaking water pipes that occur as a result of ageing infrastructure that is not being maintained. What is of serious concern to citizens is the response time by the municipality to rectify problems. I have personally experienced this where I live. There was a water pipe leak that took four days and five teams to repair. Each team that came out passed the buck to another, while hundreds of litres of water flowed down the road. The situation is even worse when sewage overflows onto streets, and even into residences. One resident told us that she had to leave her house because sewage was flowing into her yard.

Madame Speaker, the Metro needs to act decisively regarding illegal electricity connections that are placing strain on the electricity grid and very often lead to power outages. Ratepayers are up in arms, since they pay for electricity and water, yet those who are stealing get away with it, while causing disruption to supply. In some areas we found that street lights remain on during the day but go off at night, leading to security risks.

Madame Speaker, I want to raise the issue of the Mobeni Heights Crematorium. This facility, which is run by the Metro, has been out of order for the past five years. This is an essential service, especially during this time of Covid-19 but the Metro seems to be unable to get it working. With this crematorium being out of order, it places huge pressure on other crematoriums, as well as causes emotional trauma to grieving families, and infringes upon the religious rights of certain sectors of the community. I cannot understand why it would take so many years to get this facility operational again.

Madame Speaker, another source of trauma to our citizens is the dysfunctional Metro billing system. People who have been paying utility bills of around R900 a month suddenly get a bill for R50 000 or more, and when they query this, they are told to first pay the amount and then lodge a complaint. Madame Speaker, where will senior citizens – who live off their pensions – find R50 000? Why should they pay such a bill when they are not responsible for such usage? I am making an appeal here today for the City Treasurer’s office to allow people who find themselves with such exorbitant bills to be allowed to pay what they have been paying over the past few months, while the Metro conducts its investigation and gets its house in order. It is absolutely ridiculous and emotionally stressful to expect citizens to suddenly find thousands of rands when the problem lies with the Metro billing system. This problem was caused by the Metro, which did away with the Coin System, which was working well, and decided to experiment with the Revenue Management System, costing the taxpayer millions of rands. We cannot allow our citizens to be threatened with disconnection if they do not pay the huge accounts that they are not responsible for.

Madame Speaker, as the Inkatha Freedom Party, we have always stated that we will give credit where it is due. In this regard, I must acknowledge some of the good work that is being done in the Metro. With Durban being a major tourist destination, I welcome the improvements and upgrades along the beach promenade, which is well-utilised by residents, myself included, as well as tourists.

The retail and large digital printing company known as Business for Good, a BBBEE company, which was funded by the KZN Growth Fund, must be commended for creating permanent jobs and contributing to the GDP of the province.

The Burbreeze Pedestrian Bridge, which was recently constructed, has brought relief to residents of Wards 61 and 62, especially after children drowned in that river.

The construction of the New Maths and Science Academy in La Mercy is on schedule to admit its first students in January next year. This is a step in the right direction in improving maths and science standards.

In Ward 100, a 100% Black women-owned company called the Elite Crop was established in 2018 and supported by the Agri Development Agency; it produces good quality vegetables, as well as canned products. This a good example of the policy of Self Help and Self Reliance that the President Emeritus of the IFP, Prince Mangosuthu Buthelezi, has always encouraged. This also demonstrates what can be achieved when citizens are encouraged and supported by the different arms of government.

The development of the SMME Hub in Ward 87 will go a long way towards benefitting small and micro enterprises, and will create much-needed jobs.

The Deprived Youth Service Centre that was established in Ward 74 in Lamontville is funded by the Department of Social Development, and is doing well in assisting unemployed youth.

In Ward 18 in Pinetown, we have Afro-Zonke Chemicals, which is 100% Black-owned. This company was funded by the Department of Trade and Industry through the Growth Fund. Again we see that with government support, our citizens will be able to become employers and not job-seekers.

Honourable Speaker, as custodians of the Constitution, we have been given the responsibility of serving the people of this province – this is our primary role and we must ensure that we serve our people with dignity.