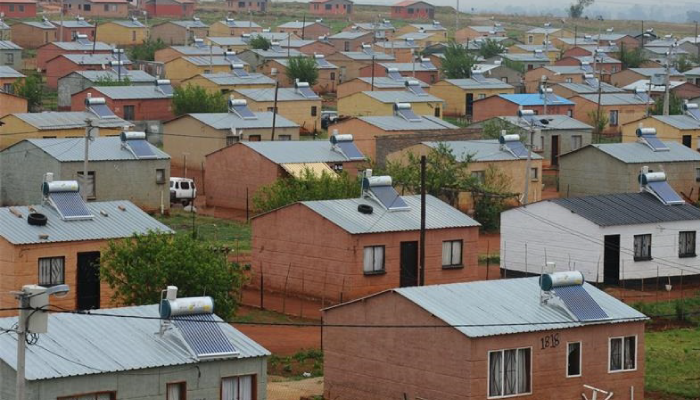 The Inkatha Freedom Party (IFP) notes and welcomes the Department of Human Settlements Budget as presented to the House. In particular, we note the R6.3 billion Budget for the 2022/23 financial year, which is a significant R350 million (5%) increase, compared to the previous year. We acknowledge the increase in the budget, especially because it is no small feat, given the present realities of a public fiscus that is teetering on a financial tightrope, which places limits on service delivery expenditure. We hope that these resources shall be used wisely and efficiently towards providing decent sustainable human settlements to the citizens of Gauteng, which is a crucial element in ensuring that their dignity is restored, and their equal worth is recognised and valued throughout this province.

While the IFP acknowledges the Department’s new Budget, we are also cautiously optimistic, given the Department’s previous poor record of implementing its plans. The benefit of hindsight informs that the citizens who are the awaiting beneficiaries of this Department’s programmes have seen and heard this all before. They have seen and listened to the MECs making commitments that the Department will prioritise service delivery only for them to be disappointed by consistent underperformance in the end. This is true when one considers that for the past two financial years, the Department has been struggling to decisively conclude its abandoned/incomplete/blocked projects and in fast tracking the hostel redevelopment programme.

According to the 3rd quarter performance report for the 2021/22 financial year, the Department of Human Settlements reported that it had not achieved completion of its set target of 72 incomplete/abandoned/blocked housing projects. These instances of avoidable inefficiency and ineffective management within the Department’s processes and resources, not only add to the frustrations of citizens but also create further problems where abandoned and so-called ‘incomplete’ projects are at risk of vandalism and illegal occupation.

Speaker, the IFP quite frankly understands the reality that our province is the most affected by the influx of migrants, which causes the excessive demands for human settlements, amongst other services. However, this cannot and should not be used to mask the inefficiencies of the Department. This Department has received a significant increase in its budget, this is despite falling short of meeting most of its targets in the previous financial year on the issuing of title deeds, issuing of serviced stands; the redevelopment of hostels; and the upgrading of informal settlements. Even with the Rapid Land Release Programme, which is meant to assist those people who are able and willing to build houses for themselves, there is no progress in getting it moving.  Now, most of these missed targets from the 2021/22 financial year have been shifted to the 2022/23 financial year. All this makes it apparent that the Department is not in the least perturbed with disappointing its long list of awaiting beneficiaries. The ethos of Batho Pele principles is lost on them.

We say so because how else can we make sense of the Department’s contentment with its record of non-performance and consistent shifting of goalposts. Throughout the province, citizens are frustrated and losing hope in the Department’s ability to deliver on its constitutional mandate. The citizens of this province are due and rightfully deserve a better service from their government.

Madam Speaker, the IFP wishes to draw the Department’s attention to the poor living conditions in most of our hostel communities, which leave much to be desired. This is an area where our people need a ramped-up response.  In the 2020/21 financial year, three hostel projects (in Orlando West, Jabulani and Rethabile) were targeted for the construction of family units. None of these projects, were delivered and they were deferred to the 2021/22 financial year. In that year, the target for hostel redevelopment went up to eight hostels (with the inclusion of Thokoza, Watville, KwaThema; Diepkloof and Kagiso) and we are now in 2022/23, with zero tangible outcomes on this programme.

Today, just like in the previous years, the Gauteng government is, again, making promises on the inclusion and development of hostel-dwelling communities. Some of these communities still resemble their apartheid history, living in undignified single-sex occupancy hostels, nearly three decades into our democracy. The people in these marginalised hostel communities also belong in this province and are deserving of “a just, efficient, equitable, sustainable, and transformed human settlements” that this government claims to provide. As the IFP, we now want to see the prioritisation of the redevelopment of hostel communities and not just hear about it, ngempela sekudala silalela sizwa nikhuluma kepha manje sesicela kuboniswa ngentuthuko ebambeka ngesandla emahostela.

We can only hope that the increased funding for the hostel redevelopment programme will nudge this Department to action. Lessons from the Covid pandemic and the economic suffering it brought on, inform us that we ought to be doing everything we can to reduce the vulnerabilities of people, including empowering them with the security of owning their own houses. Given the massive housing backlog that the province faces, there is really no plausible explanation as to why programmes such as the Rapid Land Release Programme continue to be moving at a snail’s pace, when we know that people want to build their homes and why people in some communities have been waiting for over 20 years for title deeds.

The IFP welcomes this budget, albeit with cautious optimism, in the hope that this Department will work towards realising the common goal of affording everyone the right to access adequate housing, as set out in our Constitution. We can no longer afford to dither about with regards to service delivery, especially when it comes at the tremendous expense of compromising people’s dignity. I thank you.
—
Contact
Bonginkosi Dhlamini, MPL
IFP Gauteng Provincial Chairperson
082 565 3571