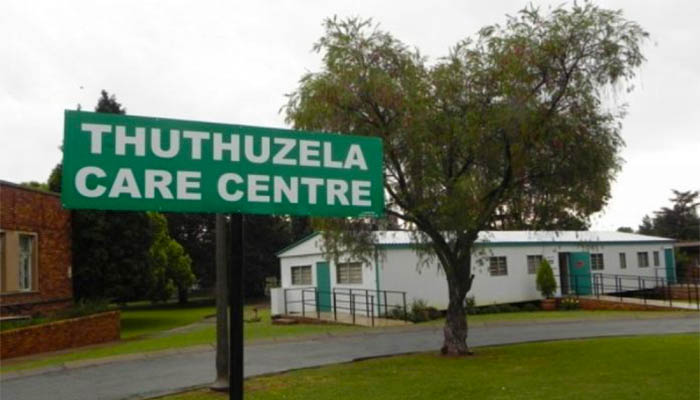 Let me begin by commending the MEC for Community Safety and Liaison, Hon. Ntuli, for finally declaring that law enforcement agencies treat the scourge of GBV as a priority crime. We applaud these integrated efforts to curb GBV in our Province.

As the IFP, we have been urging this Department and to tackle the scourge of Gender-Based Violence and Femicide with the urgency it deserves because it is it well documented that KwaZulu-Natal is the GBV, murder and crime capital of South Africa. History will judge our Province unkindly and very harshly on how badly it has been treating its most vulnerable members, which are its children and women.

As from today, we expect change. We expect to see the visibility of law enforcement officers, and that Thuthuzela Care Centres services, shelters and white door centres in all communities in this Province are providing excellent services to rape and GBV victims because we continue to receive complaints on the incompetence and carelessness of those tasked with dealing with GBV cases. We expect that calls and SMSes from victims of GBV will be attended to timeously and speedily by the police.

It is very unfortunate that as we are debating this report today, a family in Bellair questioned police for failing to intervene timeously when their daughter, Lethiwe Nkwanyana (33), reported death threats from her boyfriend before her disappearance. There have been many women and children who have lost their lives through the hands of men known to them.

Just a few weeks ago, a woman and her child were found brutally killed and stuffed into a refuse bag in kwaNdengezi. A few days before this incident, a 4-year-old girl, Sanelisiwe Mhlongo, from Ntuzuma, lost her life at the hands of her teenage relative.

Two bodies of young women were found thrown in the bush next to KwaMashu Poly Clinic; this was discovered while we were still shocked by the discovery of the other two women, who were also brutally killed and thrown on the side of the road at eShobeni in KwaMbonambi.

This daily butchering of women and children has to stop. We are tired of staging protests, writing pledges and statements, and holding conferences, symposiums and debates on this issue, when it is clear that ignoring GBV has been costly to our communities. What is needed is serious action and implementation of all these interventions being tabled before us today.

The MEC has just indicated that eight provincial interventions have been implemented in ensuring timeous attendance to newly reported GBV cases, including first responders to incidents of crime in all police stations already, a 24-hour standby detective on call to respond to GBV cases, and suspect raid operations in all Districts.

The IFP in KwaZulu-Natal last week called for the immediate suspension of a police officer suspected of raping a victim in a police station.

The IFP has reliably learnt that the police officer, who is stationed at KwaMakhutha police station, South of Durban, is being investigated by IPID on the rape allegations.

What is surprising is that two years ago the same police suspect committed the same crime but senior officers brushed the matter under the carpet.

Why was the first reported case against this police officer hidden? We want the raid operations plan for arresting suspects to start in KwaMakhutha police station if the MEC is serious about fighting GBV in this Province.

MEC Ntuli should ensure that the law deals harshly with police officers who commit all forms of secondary victimisation of rape victims.

Rotten law enforcement officers are the reason why rape victims are not reporting rape and other GBV cases to the SAPS as they should, because there are many criminals hiding behind blue uniforms who cannot be trusted.

With the daily increase in numbers of women and children being raped, killed and molested we want disciplined and honest police officers who are true to their calling of protecting every citizen.

The MEC promised many GBV interventions, however we want to know: where was the 24-hour standby detective on call to respond to the Gender-Based Violence in KwaMakhutha, when this police officer colleague was committing this crime?

Why are police still not sensitive to reported GBV cases if these interventions have been successfully implemented in all Districts? How many more women and children will die while these interventions are in place but not offering any assistance to the victims on the ground?

The IFP also notes the recently approved Provincial GBV Turnaround Strategy and while we applaud the approval of this Strategy, we are concerned that there is no timeframe for when this plan will be fully implemented.

The Hon. MEC should indicate when and how the Strategy’s four strategic objectives and pillars will be unpacked and disseminated to communities, especially the Forth Pillar, which is the Reactive/Investigative Approach, which will focus on the establishment of a dedicated Gender-Based Violence Detective Task Team in each District.

Again, we welcome the implementation of the cold case strategy on GBV cases and prioritisation of GBV cases at police stations. Again, there is no time frame as to when this strategy will be implemented. The IFP is concerned about the undue delay in finalising GBV cases. The delay in finalising cases promotes Gender-Based Violence because the perpetrators walk free, while the victims suffer more emotional scars, and even death. This is a gross violation of the victims’ rights. The IFP says anyone found to be dragging their feet in dealing and finalising GBV cases must be punished, or even fired from work. We must be serious about tackling GBV, by ensuring that perpetrators are put behind bars.

The IFP also believe that everyone must know about these Strategies, especially Thuthuzela Care Centres. Awareness programmes should be conducted in all Districts. People must know where and how TCCs operate and are situated in their respective areas. They should know of all the numbers to be called or messaged when facing abuse. They must know which part of the police station deals with GBV.

There is a need to increase Community Awareness of TCC Service Provision. Considering that the majority of survivors reported being unaware of the existence of the TCC and the services that were accessible at the Centre, it is imperative that additional attention is dedicated to this.

MONITORING AND EVALUATION OF MEC’S INTERVENTIONS

The IFP also wants to know how the MEC plans to monitor and evaluate that all these Plans ensure that no woman will be sent back home when they want to report a crime against them, or that their perpetrators are roaming streets abusing, raping and killing more victims.

We need a clear time frame on when this Task Team will be established and performance measures on how all these strategies, plans and pillars will be evaluated and monitored to ensure that they achieve the intended results based on planned goals and objectives of curbing GBV crimes. For many years, the government has announced good plans, policies and interventions in White Papers but failed dismally to implement and bear results. Part of that problem has been caused by poor monitoring and evaluation tools, which are non-existent in our country. We demand a better strategy from this Department to ensure that all these plans benefit all victims of GBV in one way or another. Resources should not be wasted.

The IFP is of the view that for these strategies to yield fruit and deal with GBV, the Province and the country at large should push for a transformed Justice System. We know that the Criminal Justice System in South Africa works very slowly. It is worse for GBV cases.

It takes years and years for suspects to be put behind bars. Our Justice System paints a grim picture of efforts to curb the abuse of women.

These strategies and plans vindicate us as the IFP. We have been saying that the government has been reactive towards GBV and that more focus, resources and funding should be put towards addressing the root causes of violence, and not only for prevention. When you go to courts, and shelters, the women are already victims. We are not preventing Gender-Based Violence.