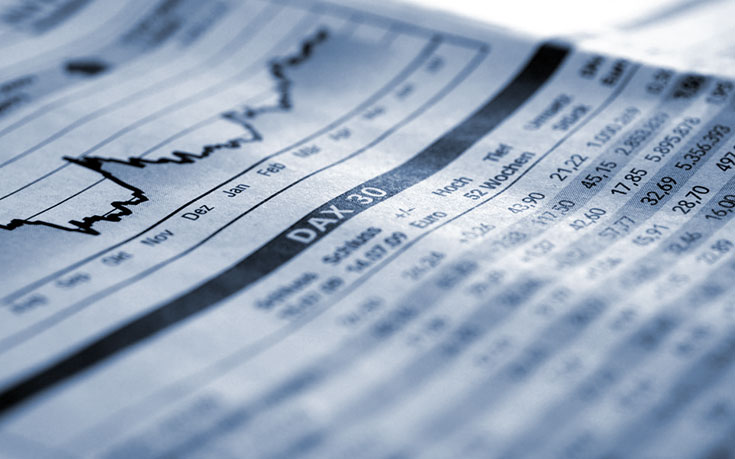 Let me first start with the following quote from Benjamin Constant: “Every time government attempts to handle our affairs, it costs more and the results are worse than if we had handled them ourselves.”

Whilst we acknowledge the budget allocation of R607.844million to the Provincial Treasury, I must hasten to add that it is abundantly apparent that the next few years will be a serious challenge, particularly in a declining and lethargic economic climate. South Africa and KZN has not escaped this claustrophobic and restrictive financial atmosphere. Global economic environments are not accurately predictable, particularly when outside influences in the global village have an impact on our very own backyard. It is very concerning for us in the IFP when economic turbulence is as a result of poor leadership and a lack of foresight at the highest level of government in our own country. It is however possible to ride this economic storm, with effective leadership who possess the political will to steer the ship in the right direction, but action must be taken immediately.

The IFP does not believe we have the best spread of money across departments. Consequently, we do not believe that the political machinery designed to address the challenges of our Province is adequate. We seem to be caught in a spending paradigm determined by previous years’ spending patterns and a ponderous imbedded organogram. Unfortunately this set-up drives our political ship inexorably towards the icebergs of unemployment, poverty, dysfunctional schools and municipalities and the rest of the challenges endlessly delineated in our speeches.

It is non-negotiable that the KZN Provincial Treasury sets the example and continue to achieve clean audits, focus on good governance and tangible service delivery, to take into account the ever increasing demand for resources and building adequate competency and capacity within the department. As service recipients to whom provincial departments must account for service delivery, it is crucial that the people of KwaZulu-Natal are allowed a platform to participate meaningfully in the assessment of annual reports.

We request the MEC to take action against government officials who continue to do business with provincial departments. This practice is continuing unabated even after the AG has recently highlighted it as a concern. These officials continue to hand out contracts to themselves and their close cronies. It must be investigated and put an end to. Treasury, as a custodian of our provincial finances with the transversal oversight role on all other departments must act swiftly to put an end on this practice.
This happens despite the Public Administration Act which was recently signed into law and prohibits public servants from doing business with the state. The Act prohibits public servants from conducting business with the state or being directors of a public or private company that conducts business with the state. According to this Act, failure to comply with this prohibition constitutes serious misconduct which may result in the termination of employment by the employer.

The world renowned economist Thomas Sowell said the following ; “ It is hard to imagine a more stupid or more dangerous way of making decisions than by putting these decisions in the hands of people who pay no price for being wrong.”

The KZN Provincial Government should deal with corruption head on, without fear, favour or prejudice. We believe that improving financial accountability and fighting corruption are essential for good governance. Good governance is a fundamental right in a democracy and it brings about transparency and accountability. Good governance entails an administration that is sensitive and responsive to the needs of the people. We need to entrench the morale fibre in our society to deal with this scourge of corruption.

As the IFP, we have been very vocal on the issue of the alleged corruption that is happening in the KZN Treasury and the failure of the MEC to implement the former public protector’s remedial action as stated in her “Rocking the Boat” report, which exposed the abuse of power. The public needs to be made aware that the staggering amount of R28million of their money was paid by the KZN Treasury for the North Sea Jazz Festival that never took place and this money has not been recovered to date. Who has become rich at the expense of the poor and why is it that Treasury is not interested in pursuing the recovery of this money?

The IFP also reminded the Premier that President Zuma had called for an investigation into the abuse of tax payers’ money on projects like the International North Sea Jazz Festival, Commemorating Prisoners of War – St Helena event and the KwaZulu-Natal Sharks Board. The President of the country saw the seriousness of what was happening and the lack of resolve from the KZN Provincial Treasury to investigate these matters so he was forced to call on the SIU to investigate. To this date no report has been forthcoming from the SIU. We know that the report will go to the President for his attention before it can be released. Our concern is that if the report uncovers anything that could implicate the Premier or the MEC for Finance (formerly Ina Cronje and now the Hon Belinda Scott), that report will never see the light of day.

There were reports that KZN spent more than R5billion on consultants – the highest in the country with the Department of Health itself spending R1.8billion. As the IFP we are convinced that such excessive use of consultants can only be attributed to the ANC’s policy of cadre deployment that sees unqualified, inexperienced and incompetent card- carrying members being deployed into positions that they are not fit to occupy. The tax payer needs to know when this practice of engaging consultants will come to an end.

The IFP is very concerned with the effectivity of Treasury’s internal investigation unit. Some of the investigations take years to finalise and many referred to the Director of national Prosecutions are rejected with a null prosecui certificate. We all know that justice delayed is justice denied.

It is unacceptable that the President has to appoint a Special Investigation relating to the affairs of the KZN Provincial Treasury. Perhaps Honourable MEC, Treasury should now adopt the attitude of “prevention is better than cure!”

The IFP will support and strengthen anyone who takes realistic action to address the challenges of constrained economic growth in our province. Without economic growth and good governance, there can be no sustained creation of decent economic opportunities – and without the freedom to earn a living in the manner of one’s choosing, people are denied their essential economic freedoms.

There can be no doubt that the current fiscal climate in the country places the province at great socio-economic and political risk. Economic growth is needed to ensure that economic opportunities can be created at a sustained pace. Currently, one in three people in South Africa cannot find work and 54% of young people are unemployed.

In delivering on its mandate, the KZN Provincial Treasury can and must do more to ensure that an environment conducive for job-creation and economic growth is created. The budget must be used as a tool to deliver economic growth and opportunity to our people.

Hon Chairperson, one of the Strategic Objectives of Treasury is “To enhance the capacity and capability of Supply Chain Management in departments, municipalities and public entities to eliminate irregular expenditure.” When one looks at the number of transgressions of legislation at the Supply Chain level, one wonders if Treasury is indeed winning the war against fraudulent activity at that level. There are far too many instances of officials who subvert rules that are in place to ensure clean governance in order for them to benefit from contracts. Treasury needs to be more aggressive in its approach to stamp out corruption wherever it exists and there must be severe consequences for those officials found guilty.

Treasury has the responsibility of ensuring financial accountability and transparency in all departments and entities. The IFP expects nothing less from government. Section 18 of the Public Finance Management Act states that Treasury must prepare and control the provincial budget as well as promote effective management of provincial resources. In view of this issues such as irregular and wasteful expenditure needs to be rooted out and Treasury needs to ensure that state finances are utilised in the best interest of the citizens of our province.

Efficient control over provincial resources is crucial in light of the budget cuts and cost containment measures which are needed in our constrained fiscal environment.

The financial downgrade to junk status that our country faces is having a profound impact on our spending patterns. In view of this Treasury will be well advised to strengthen its oversight on how departments, municipalities and entities spend their allocations. Treasury needs to advise and monitor all role players on fiscal discipline because the financial downgrades will have implications for a few years to come.

While the IFP applauds the spirit of savings and good clean governance which has been highlighted in the Provincial Budget Speech by the MEC for Finance, it remains a cause for concern that very little detail is being given on how cost containment strategies will actually be implemented. We urge Treasury to perform its monitoring, evaluation and oversight functions diligently to ensure that it can address the challenges of constrained economic growth.

I am constantly reading about ‘irregular expenditure’ and ‘fruitless and wasteful expenditure’. What this means is that while a few public servants, with their hands in the cookie jar are prosecuted, fewer still seem to be held accountable for what also seems to be a form of theft from the public purse. It also means that those officials who are involved do not care about following the rules and taking their jobs seriously. It is clear that the repercussions for fraudulent activity are not serious enough to deter the transgressors. Are there consequences for public servants that are serious enough to serve as a deterrent in a meaningful way? New municipal regulations on financial misconduct procedures and criminal proceedings were gazetted into law on 30 May 2014. The regulations deal comprehensively with how allegations of financial misconduct in municipalities should be reported and how disciplinary proceedings against those responsible should be conducted.