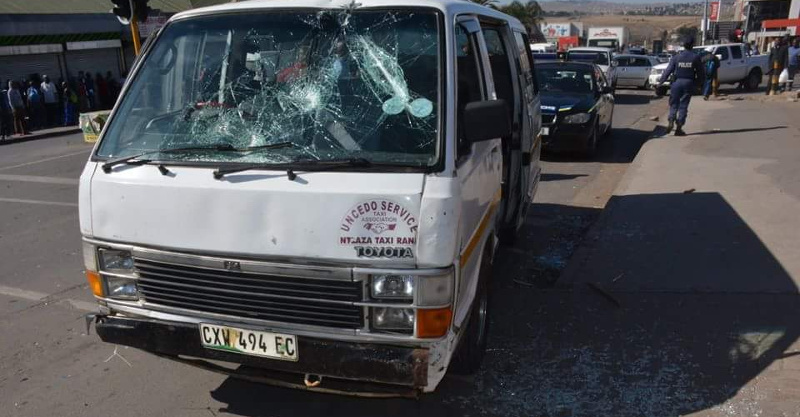 The Inkatha Freedom Party in the province calls for an end to what is perceived to be taxi violence in Ladysmith and Newcastle following yet another assassination of a Newcastle taxi boss who was gunned down in a hail of bullets. This latest killing follows just days after a Ladysmith taxi boss was assassinated in a similar ambush.

“We call for an immediate end to the ongoing taxi violence which has claimed lives and jeopardised the safety of innocent commuters. This situation cannot continue unabated. It necessitates a thorough investigation and we urge the KZN MEC of Transport, Hon Mxolisi Kaunda to host an urgent formal constructive summit with members of the taxi industry to seek amicable solutions in these affected areas. We must act now before more lives are lost.

Decisive action must be taken by government in addressing this matter. Calm must be restored in the affected areas and negotiations for a peaceful solution must be urgently sought” said IFP KZN spokesperson on Transport Hon Steven Moodley.

“We urge the law enforcement agencies to act decisively against gratuitous acts of lawlessness, violence and intimidation.

The formal constructive summit must be scheduled before the end of the year to bring about peace and understanding amongst rival taxi owners and all concerned. This summit will serve to seek a lasting and tangible solution to the evil of taxi violence and it’s attendant ills as well as to restore calm and end the tension arising from recent incidents,” continued Hon Moodley.

“The current situation is unacceptable and should be condemned in the strongest terms as it threatens the stability of the industry as well as the safety of the commuters whom the industry serves.

We are also appealing to those responsible in perpetuating this violence to immediately refrain from this unacceptable behaviour. We also call on the taxi associations to remain calm while the police find the perpetrators,” concluded Hon Moodley.