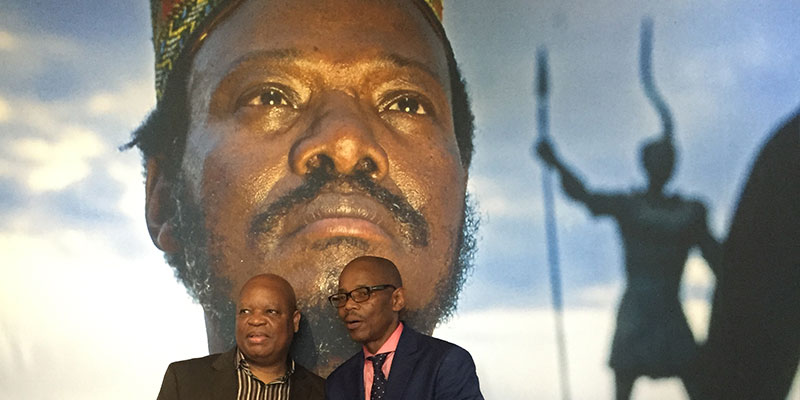 In celebration of the opening of the Prince Mangosuthu Buthelezi Museum and Documentation Centre in Ulundi, KwaZulu Natal, yesterday, His Excellency Dr Kenneth Kaunda, former President of Zambia, sent a message of support to Prince Buthelezi.

Dr Kaunda was a significant influence in the founding of Inkatha yeNkululeko yeSizwe in 1975, having advised Prince Buthelezi to form a membership-based organisation to create a unified force and reignite political mobilisation towards freedom. He gave this advice during a visit by Prince Buthelezi to Zambia in 1974, undertaken to thank President Kaunda for giving sanctuary to South Africa’s exiles.

Former President Kaunda’s message of support, sent through the High Commissioner of Zambia, reads as follows –

REPUBLIC OF ZAMBIA
OFFICE OF THE FIRST PRESIDENT

Many of us know that Mangosuthu Buthelezi has been very passionate and courageous over issues he strongly feels for. Like his brothers and sisters from other parties and movements in South Africa and beyond, young Mangosuthu hated the evil system of apartheid and fought it.

The combined efforts of people from various walks of life in South Africa and all over the world helped to dismantle the evil system of apartheid. We did not hate the Boers for being architects of apartheid.

We just believed that separating God’s people, who are made in God’s image, was evil and should be undone. In the world, there is no place for ills like racism and tribalism. We believed that we should love our neighbour as our self. We are all God’s children. Wherever we are in the world, we are all brothers and sisters.

Prince Mangosuthu Buthelezi’s interactions with other persons and events provide lessons for many people. Agree or disagree with him, there is much that we can learn from Mangosuthu’s life experiences.

Thus the completion of the Prince Mangosuthu Buthelezi Museum and Documentation Centre is a great opportunity to learn not only about Mangosuthu Buthelezi as an individual, but various events and issues that affected South Africa and other countries. I understand that my correspondence with Mangosuthu will form part of the Centre’s resources.

Friends, the Buthelezi Centre inspires the creation of many other centres. It will inspire many people, including my humble self, to efficiently organise their experiences so that other persons may learn from them.