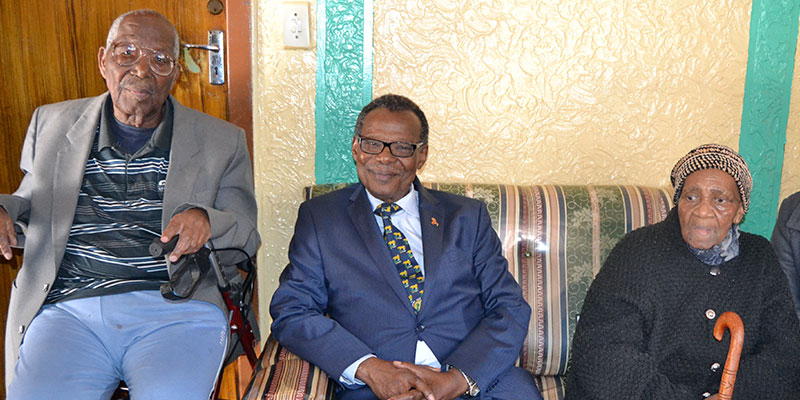 The IFP calls on the KZN MEC of Social Development, Weziwe Thusi and Impendle Municipal Mayor, Sizwe Ndlela to urgently call a meeting between Impendle Taxi Association, bakkie owners and the community after serious complaints that taxi drivers in iMpendle are abusing pensioners who choose to use bakkies to and from pay points.

“It is shocking that taxi drivers can abuse old aged people including the disabled by denying them the right to use bakkies as means of transport during pension pay-out days. It has been reported that elders are being taken out of the bakkies and forced to use taxi against their will. The government needs to develop a comprehensive set of laws to protect the rights and dignity of persons with disabilities and elders,” said IFP Spokesperson on Social Development, Mrs Nkwanyana, MPL.

“Changing people’s mind sets is the main thing. Everything will then come naturally. What is needed is a more “structured and integrated approach” from all MEC’s and Ministries to help protect the elderly, since there are a variety of issues that hinders efforts to assist the elderly. Why are these issues taking so long to be addressed? We cannot sit back while our elders are being abused,”
continued Mrs Nkwanyana.