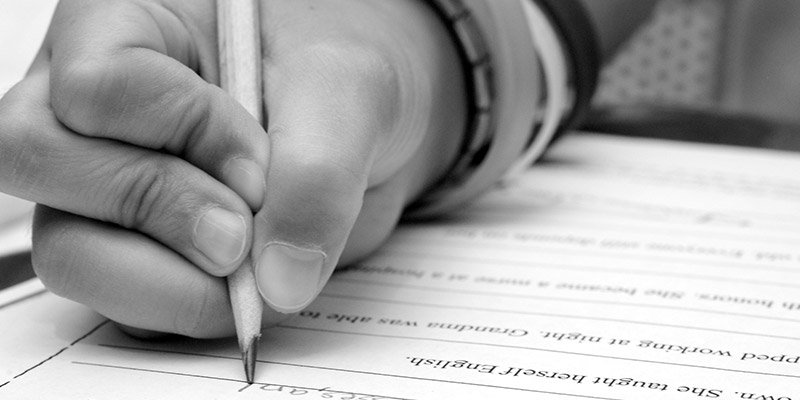 Before Fees Fall, Responsibility Must Rise

Wherever one stands on the issue of Fees Must Fall, whether it be on the side of protesting students or on the side of institutions whose subsidies are continually being cut, one thing unites us all. We all dream of the day when education will be accessible to everyone who wants it.

Could they have done it? Is it bad faith or a lack of political will that has seen this promise go unfulfilled? It is easy to apportion blame at this point, and score a quick political point against the ruling party. But anyone who has engaged with the budgets of South Africa for the past twenty two years would be hard pressed to say that free education was possible.

It is, undoubtedly, a priority issue. But so too are housing, water, healthcare, security and job creation. It is no simple matter finding the money to pay the fees of every university student. We need a sustainable economic model that enables our universities to function at a high standard, while being accessible to any student.

We thus eagerly await the outcome of the Fees Commission. The problem is that the Commission is taking so long to conclude its work that instability and protest is exacerbated. The Commission needs to speak, and speak soon, so that we all can engage a constructive discussion around education, based on what is possible.

In an attempt to facilitate this kind of discussion, the IFP joined several opposition parties this past Saturday in a meeting with the CEO and the Chairperson of the Association of South African University Vice Chancellors and Rectors.

The National Chairperson of the IFP Youth Brigade, the Hon. Mr Mkhuleko Hlengwa MP, listened carefully to their concerns, noting that universities have been forced to increase their fees substantially over the years because State subsidies have decreased. That smacks of an abdication of responsibility by Government.

The IFP emerged from that meeting with several conclusions, which were discussed yesterday in a meeting of our National Executive Committee. We agreed first and foremost that the violence must end. This is a cornerstone of the IFP, for we know that violence is always destructive. No matter the ends to which it is employed, violence always begets tragedy.

When I think back to the June 1976 students uprisings, I remember clearly how the ANC urged students to destroy schools as a way of protest. I warned them against this strategy, cautioning that once it became inculcated in the minds of the population, it would be impossible to reverse.

But they forged ahead. The children who destroyed school buildings were lionised as heroes, and the stoning of police was hailed as acts of bravery. The whole strategy was sanctified, even by some among the clergy. I can never forget the Prelate of my Church who said, “One stone thrown by a child is worth ten of my sermons.”

Thus one generation taught the next.

Now this generation wants the “old guard” to step aside so they themselves can correct the wrongs of the past. The difficulty is that, without education, it is well-nigh impossible to leverage positive social transformation. Education remains the key to freedom and progress.

The IFP thus calls on students to return to their lecture halls, to show respect for their lecturers, and to stop all acts of violence. We don’t do this because we lack sympathy with their cause. Their cause is our cause; we too want everyone to be educated. But we know that the future of our economy and society is at stake. What is happening right now should not only be a concern to Government, but to all of us as citizens of South Africa.

How do we get out of this crisis? The right thing now is to find solutions. We cannot allow students to cut off their noses to spite their own faces. This will have repercussions beyond their own lives, for it will deplete our workforce and diminish the pool of skills that can be used to develop South Africa and grow the economy. And without economic growth, there is just no way we are going to beat the unemployment crisis.

Parliament has a critical role to play in solving the dilemma, for it is Parliament that oversees the budget framework of Government. Every portfolio committee must be seized with scrutinising the budget of their department, to determine where reallocations are possible without undermining priority services.

The Fees Must Fall campaign has exposed subsidiary problems as well, such as the inadequacy of police training when it comes to maintaining public order. Our police need to be properly trained to ensure that they protect the right to protest, as well as the right not to protest, while preventing acts of violence, arson, destruction of property, anarchy and intimidation.

Tragically, we are not speaking figuratively when we say that this is a burning issue. Our institutions of higher learning are under immediate threat. Thus the needs and opinions of all the different role players must be pooled together, to come up with solutions.

The IFP has engaged with students continually throughout this campaign. Ours has been a call for peaceful resolutions and positive progress. Having met with the Vice Chancellors Association, we intend to meet on a more formal basis with students to gain a clearer perspective on how they see the promise of free education being fulfilled. What does the future of education look like to our students? How do they marry the ideas of fee-free institutions and quality education? The IFP is listening to students and we want to hear their voices without the distracting background noise of violence.

I am no stranger to the issues of tertiary education, for I served as Chancellor of the University of Zululand for 21 years. I believe there is a way that students and university leadership can have a meeting of minds. What we must avoid is reducing this campaign to a dichotomy of good and evil, placing students and universities on one side or the other. It is not as simple as that, and there are many more role players involved who must take responsibility for doing their part.

Ultimately, we must get our universities open and functioning as quickly as possible, so that this year’s students can graduate. Our solutions must be both immediate and long term.