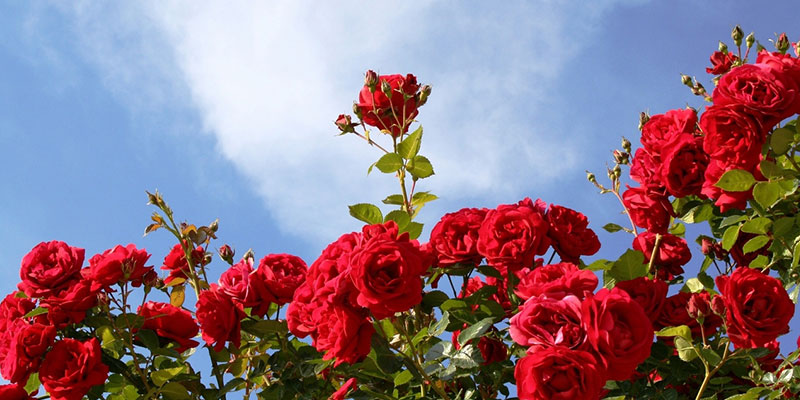 In July 2013, Professor Herbert W. Vilakazi delivered the Nelson Mandela Memorial Lecture at Walter Sisulu University. He titled his lecture: “Standing on the Shoulders of Giants: Where Do We Go From Here?” In the middle of that lecture, he posed a question that now echoes in my mind: “What heritage shall we leave behind? What imprint shall we leave on current, immediate and future history?”

Professor Herbert Vilakazi has left an indelible imprint; on our academia, on our historical record, and in our psyche. His prolific writings and lectures have opened minds. His intellectual honesty has been a balm to our souls. The heritage he leaves behind is rich beyond measure. With his passing, we find ourselves standing on the shoulders of a new giant.

The news of Professor Vilakazi’s death was devastating to me, for although I knew he was ill, I could not have imagined the toll that illness would take on him in such a short space of time. He was with me just a few months ago, in August last year, as we celebrated the opening of the Prince Mangosuthu Buthelezi Museum and Documentation Centre. It was a wonderful time, for he had spent so many years teaching our nation the truth about the past.

When I last spoke to his brother, the news was optimistic. But within weeks he had gone past a point of recovery. My only consolation is that his family were with him when he passed. Even his mother and daughter were present, having travelled from the United States. Their vigil is now over, and the duty has shifted to us. We who mourn with them bear the responsibility of lifting them up, supporting them and remembering together the exceptional man, Professor Herbert Vilakazi.

My own condolences and those of my family are with the Vilakazi family.

I appreciate the opportunity to pay tribute to my friend, for although I find it difficult to express the depth of my admiration for his intellect and character, he deserves my best effort.

I remember the day the Vilakazi family left South Africa. I took them to Durban harbour to depart by ship to the United States, knowing that they might never return. But their departure was necessary. Professor Absolom Vilakazi, Herbert’s father, had been lecturing in the Department of Bantu Studies at the University of Natal, when he was offered a post at the American University in Washington. The apartheid government, however, refused to issue him a passport. The family was thus forced into exile to allow Professor Vilakazi to pursue his calling.

In the years that followed, I often lamented that South Africa had lost a black academic of this calibre, when there were so few among us. But while one gift was taken away, another was given; for Herbert Vilakazi and his brother Malinga returned to us full of the knowledge, experience and intellectual rigour that could only have been gained outside South Africa at that time.

Herbert Vilakazi’s education in the United States chiselled him into a brilliant academic. But Columbia University had good raw material to work with in this boy from Nongoma. He was far ahead of his peers in reading and thinking by the time he boarded that ship to America.

Indeed, I came across a letter he wrote on 25 October 1958 to Dr Martin Luther King Junior. As it expresses so much about his heart and his intellect, I would like to read that letter in part today –
“Dear Sir,
I’m sure you’ll be quite amazed to receive this letter from me. I am a 15 years old boy from South Africa. I arrived here in America about 8 months ago with my family. My father is a professor in the Hartford Seminary Foundation…
The real reason that caused me to write this letter is to express my joy and good luck for your recently published book, Stride Toward Freedom. I just got through reading it and I found it very interesting…
I was born in South Africa and I think the way they treat us Africans is worse than in the South. I was lucky enough to escape that treatment, but my soul always thinks of my brothers and sisters who are behind…
Please remember my home country… there is nobody who spreads the story. I hope that I can grow to be an older person and see you, and the work you have done…
May God bless your work and your family.
Sincerely yours,
Herbert Vilakazi”

I thank God that Herbert Vilakazi did grow up, and that he became one of the few who spread the story. Although he grew up in the United States, where he was exposed to much one-sided propaganda about our liberation struggle, he was able to grasp the complexity of strategies being employed in South Africa. His views were always balanced, and he never lost interest in his home or in his brothers and sisters who were left behind.

When he returned to South Africa as Professor Vilakazi, I rejoiced, for our country sorely needed the intellectual honesty he provided. He was not one to follow the prevailing trends or to check which way the political winds were blowing before speaking his mind. He was courageous and outspoken for what he believed in; and what he believed in was the best interests of South Africa.

I remember receiving a thick document from him in the early seventies, titled “South Africa: Yesterday, Today and Tomorrow”. It was an exquisite analysis of the struggle and what should be done. He sent that document to the offices of the ANC, PAC, SACP, Unity Movement, and Inkatha. He met with Steve Biko, Barney Pityana, Ben Khoapa and other leaders of the Black Consciousness Movement. He warned them all that their position towards me was dangerously wrong.

There was little response to all of this, other than a letter of appreciation from the Zambian office of the ANC, signed by Mr Thabo Mbeki. It did not change the ANC’s strategy as far as I was concerned, for despite the fact that I was instructed by Mr Oliver Tambo and Inkosi Albert Luthuli to take up leadership of the KwaZulu Government, the ANC’s mission-in-exile produced scathing propaganda against the role I was playing.

Professor Vilakazi understood that the apartheid system could be undermined from within. Thus he accepted a teaching post at the then Transkei University, against the outspoken protests of the ANC. As Professor Vilakazi himself said, “…it was incumbent for revolutionaries to learn to work inside institutions established by the White oppressive State, for the furtherance of the revolutionary struggle… We did amazing work, furthering the aims of the revolution… I used to say, quoting Lenin, ‘you must be a wolf in sheep skin’. We did that work quietly, without antagonizing the powers of the time, without boasting out loud…”

In an essay penned in prison in 1978, Mr Walter Sisuslu wrote, “One of our greatest mistakes is to see in every man and woman who works within these apartheid institutions an enemy of the revolution.”

Yet those of us who furthered the cause of liberation from within the system were persecuted by the ANC. At the same time, we were persecuted by the apartheid regime. Recognising that Professor Vilakazi wielded his intellect for change in South Africa, the Government tried to flush him out of Transkei. Many of his colleagues were arrested. But I sent a charter plane with Dr Frank Mdlalose to fetch Professor Vilakazi in Umtata.

Under my chancellorship, Professor Vilakazi began teaching at the University of Zululand, and he became an exceptional force for development at the university. His mind was always bubbling over with ideas and he could speak with great expertise on a wide variety of issues, from traditional African medicines to electoral systems. His depth of knowledge and expertise led him into several influential positions, including advisor to the Premier of KwaZulu Natal.

As South Africa faces one of its worst droughts, and as the economy falters, Professor Vilakazi was convinced that rural development is the key to food security. We agreed that government should continue providing social grants, but we recognised that these grants cannot sustain our people. More needs to be done, and Professor Vilakazi had outstanding ideas on how to do it.

I never met a more courageous intellectual. His incisive mind dissected social issues with precision, cutting to the heart of the matter. To the end of his days he believed that reconciliation between the IFP and ANC was necessary to unify our nation; and that only a unified nation could stand strong against the onslaught of hardship that we face today.

When I turned 80, he publically called for a spiritual and moral cleansing in South Africa, in which the ANC would (as he put it) “rehabilitate” me “as a hero of the ANC”, acknowledging and appreciating my contribution to the liberation of our country. He knew the truth about the past and he knew then, just as he had known when he was 15 years old, that “there is nobody who spreads the story”.

I vividly remember Professor Vilakazi’s warning that, when everything seems to be against victory, we must keep a clear head. He said, “The most difficult challenge to revolutionary thinkers and leaders during such a period is to maintain calm, realistic revolutionary thought, and not to have one’s thought swayed and shaped by emotions.”

To me, that is wisdom for our times. The South Africa Professor Vilakazi leaves behind is one that needs his wisdom. It is turbulent, shaken, and on the threshold of despair. Yet we cannot forget that we stand on the shoulders of giants. Thus there is hope. Indeed, there is not merely hope, but duty. Professor Vilakazi liked to quote Sir Winston Churchill’s injunction in the direst hour, “Be ye men and women of valour”.

We will be that, my friend, for you have shown us how.

May the Lord comfort us as we grieve this painful loss. And may Herbert W. Vilakazi rest in peace.