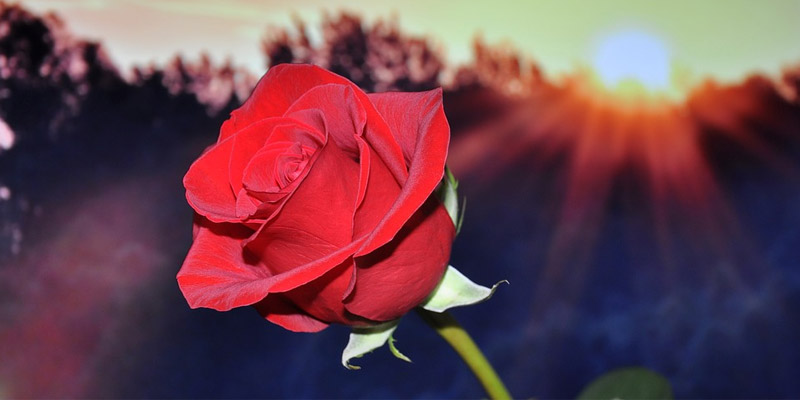 ON BEHALF OF HIS MAJESTY THE KING, THE ROYAL FAMILY
AND PEOPLE OF THE ZULULAND DISTRICT

The news of Mr Norman Bond’s passing swept through Nongoma this week, leaving in its wake a tremendous sadness. I doubt there is anyone living in Nongoma who didn’t know our beloved “Mnqandi”. He was a prominent citizen and a familiar face to all of us.

But to some, like me, he was more than that. He was a treasured friend, someone who blessed me and my family for decades with his kindness. The King himself knew of our friendship. Thus, when Mr Bond left us, His Majesty sent his own emissary to announce this terrible news.

I knew that I had to travel immediately to see Mr Bond’s family. When I arrived, I was touched by the sight of many people gathered around the house. The evidence of deep and widespread affection was obvious. As we wept together, the sound of women singing hymns enfolded us.

Already I had heard that senior leaders in the church has sent messages, expressing their wish to attend the memorial service or the funeral if their commitments allowed. I know that the late Reverend Canon Philip Mbatha was close to Mr Bond, since his time as Rector at the Maphophoma Mission. Bishop Nkosinathi Ndwandwe, Suffragan Bishop of the Diocese of Natal, and our former Bishop of Zululand, the Right Reverend Dino Gabriel, also sent their messages of condolence to the family.

It is not surprising that Mr Bond found friendships with these servants of the Lord, for he was one of the truest examples of a Christian. He followed Christ not just in word, but in deed. For him, the Bible was never something to sit on the shelf. It was to be read, daily, as a practical manual for life.

I am thus honoured that the family has asked me to speak at the funeral of my friend, for he was a brother of my Lord, albeit in the humble body of a man who was just like us. His Majesty the King has asked me to speak on his behalf as well, and on behalf of the Zulu Royal Family. It is a privileged to express the respect and condolences of so many friends.

Yet even knowing that they are not alone, my heart breaks for the Bond family. Today, as we lay Mr Bond to rest, I can only repeat the words of our Lord in the hope that it might provide some solace. Jesus said, “Blessed are those who mourn, for they will be comforted.”

I feel privileged to have known Mr Norman Bond almost all his life. As a young boy growing up at my uncle’s palace at KwaDlamahlahla, I remember going to his mother’s store in Nongoma. Like me, Norman was just a child. But, like me, he was being trained for his future. He helped out in his family’s store, learning the trade that he would inherit.

That store was already a landmark in Nongoma, for Mr Bond’s father had inherited it from his own father, who ran the store during a most difficult time, after the defeat of the Zulu Kingdom by the British. Indeed, Mr Bond’s family is part of the history of Nongoma and thus part of our history as the Zulu Nation.

I therefore stand as the traditional Prime Minister to the Zulu Monarch to honour Mr Norman Bond. He served Nongoma well.

My late mother, Princess Magogo ka Dinuzulu, was good friends with Mr Bond’s mother, and she spoke with great affection about Mr Bond Senior. He had been given a Zulu name, uMaqwithi. So my mother called Mr Norman Bond the son of uMaqwithi.

We admired the family tremendously, for they were not like any of the white families in Nongoma at the time. One must understand the depth of racial segregation that kept people apart both legally and psychologically.

When I served as Chief Executive Officer of the Zulu Territorial Authority, before the establishment of the KwaZulu Legislative Assembly, my offices were in Nongoma. As the seat of governance, Nongoma saw many Amakhosi coming here. They were always surprised when they met the son of uMaqwithi, for he showed them the same deference as our own people would.

That was unusual, for even the Zulu monarch commanded little respect from white people at that time. I recall the anger in the royal household when my uncle, Prince Mshiyeni ka Dinuzulu, used to go to Nongoma, and even children called him by his first name.

But during the reign of King Cyprian Bhekuzulu ka Solomon, the father of the present King, that wound was healed to some extend by the remarkable character of the son of uMaqwithi. His respect for our King and Amakhosi sparked a great friendship between Mr Bond and King Cyprian, so much so that the King’s son, our present Monarch, refers to Mr Bond as uBaba. The King said that George must be made to understand that he is his brother because Mr Bond was his father too.

In a remote place like Nongoma, under the oppression of apartheid, finding someone like Norman Bond was quite exceptional. I think, for instance, of how the hotel in Nongoma, just like hotels all over South Africa, refused to serve black people. When I received a guest as head of the Zulu Territorial Authority, they grudgingly set up a table for me in the kitchen. That was the extent of the segregation that existed.

But Mr Bond was what we call uMuntu. He was one of us. In his store, he employed many Africans. Yet he didn’t reserve specific jobs for Africans alone. Often we saw him in his khaki shorts and white pinafore, carrying bags of sugar on his shoulder.

That kind of work was regarded as work for black people. But Mr Bond didn’t see colour. He worked alongside his workers. In fact, he was known as a workaholic, for he was up early in the morning to open the store. We were quite intrigued as young people when we noticed that he was often without shoes, just like most of us at the time!

Witnessing his exemplary character, and his lack of prejudice, we were not surprised when he married one of our own girls. Unfortunately, when people did things like that back in the dark days of apartheid, they were branded as having “gone native”. Sadly, Mr Bond was ostracised by some white families. They refused to be in his company.

So I think again of the words of our Lord, “Blessed are you when people insult you, persecute you and falsely say all kinds of evil against you because of me.  Rejoice and be glad, because great is your reward in heaven…”

I admire Mr Bond for never giving up, even when business faltered under a struggling economy. I know that, like many businessmen in Nongoma, Mr Bond struggled with the high levels of criminality, unemployment and HIV/Aids that plague this community. The lack of income in many households, coupled with outside competition, forced Mr Bond to rethink his business. But he never packed up, and he never left Nongoma. We were shocked when a shop run by someone so generous to the Community was at some time burgled.

He showed us the strength of tenacity and proved the resilience of a son of Nongoma’s soil. I am grateful to him for his love of this place. Because even though he was forced to give up supplying certain goods, because of the mushrooming of shops in Nongoma, he refused to stop selling the things that our people need.

Poverty remains as a yoke from which we are not yet liberated. For the poor in Nongoma, Mr Bond’s store has been a Godsend. It is the only place where the poor are given the chance to run an account for goods like groceries and blankets, so that they can pay on pension day when they receive their social grant. Whenever I see elderly people queuing up at Mr Bond’s store, I thank God again for sending us such an example of Ubuntu. Mr Bond trusted our people, even in the midst of their hardship.

Some may think it strange when I say that a white person taught us about Ubuntu. But there are many churches, teachers and professional groups that can attest to Mr Bond’s generosity . Although his wife worships at the Salvation Army, he didn’t make distinctions on the basis of denomination. He assisted financially wherever it was needed, to the extent that some churches were wholly financed through Mr Bond’s generosity.

Respect and generosity were at the heart of my friend. When people were in distress, Mr Bond responded. Many poor families have been blessed in their hour of grief through the donation of a coffin, so that loved ones could be buried with dignity.

Equally, a death in the royal family elicited Mr Bond’s generosity. I remember the contribution he made even with the passing of Prince Mnyayiza kaNdabuko, the full brother of King Cetshwayo. And for many other members of the Royal Family. And I will never forget his contribution to the unveiling of my late mother’s headstone. This is why I say that respect was married to generosity.

I was astonished to learn that my friend even thought ahead to his own passing, instructing his family to slaughter 20 cattle on the day of his funeral so that people can eat.

I think, in doing this, his final message is clear. We were his kinsmen; his family. Thus, as family, we come to honour Mr Norman Bond.

In the last few years, whenever I visited, I would joke with the son of uMaqwithi that we are living on bonanza time. According to scripture, man is allotted three score and ten. That is the span of a lifetime. Yet the Lord chose to give Mr Bond and I a gift of more years. In doing so, He gave a gift to all of us, for we have all been blessed by the life of Mr Norman Bond.

On behalf of our King and our nation, I offer deepest condolences to the Bond family. Your loss is mourned by an entire community and throughout the royal household. Please know that we stand with you in grief. May the Lord comfort you now, as He has promised.

In the book of John, Chapter 14, verses 27 and 28, we read the words of our Lord –
“Peace I leave with you; my peace I give you. I do not give to you as the world gives. Do not let your hearts be troubled and do not be afraid. You heard me say, ‘I am going away and I am coming back to you.’ If you loved me, you would be glad that I am going to the Father, for the Father is greater than I.”

Like my Saviour, my friend has gone to the Father. Because I loved him, my heart must be glad. This, surely, is the peace that passes all understanding.