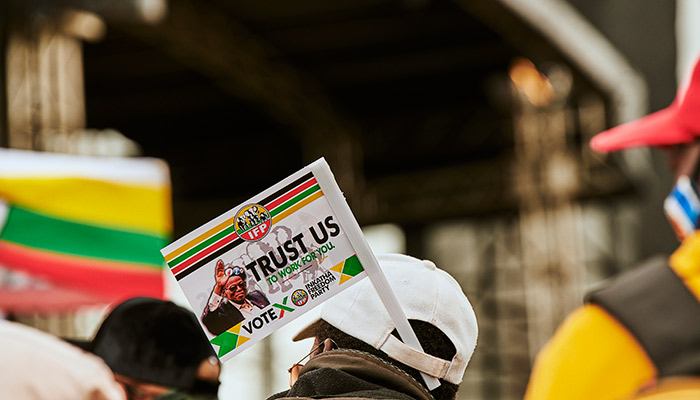 Tomorrow morning, when The Brazilians take on the Natal Rich BoyZ, Ulundi will come alive with the powerful vibe of football. Our sporting heroes will be on the field at the Regional Stadium, and we know they have brought their A game. The pre-season Prince Mangosuthu Legacy Cup Tournament has become one of the most important highlights on the fans’ calendar, and for that we thank the Zululand District Municipality as well as the founder of this Tournament, Mr Lunga Sokhela, and also Mr Sandile Zungu, the owner of the AmaZulu Football Club.

It is indeed a privilege to stand here tonight and express my appreciation for this Tournament to the sponsors and the dignitaries who add such lustre to what is already a very special event. In 2017, when the General Manager of AmaZulu Football Club, Mr Lunga Sokhela, came to discuss with me the creation of a Legacy Cup, I gave the idea my full support. When he explained that the Legacy it would celebrate was my own, I felt truly humbled. As I am indeed very humbled even now by the presence of His Majesty. Royalty and the top brass of our society at all levels.

I feel the same way tonight, knowing that this Tournament is played in my honour. Having it here, on our home ground, brings all the excitement to Ulundi. We are proud to host AmaZulu Football Club, Richard’s Bay Football Club, Zululand XI, and our cup-holders, Mamelodi Sundowns. This promises to be a moment of glory for all the teams, as you use this opportunity to prepare for the coming season.

It is a tremendous pity that Covid-19 put a halt to the annual Legacy Cup Tournament so soon after it had been established. Of course, Covid-19 put a spanner in the works in countless ways, in all our lives. We are deeply grateful that this year we can finally hold the third annual Tournament. May nothing stop us again from enjoying this highlight.

While Covid changed so many things, it certainly brought to the fore the importance of sport in the wellbeing of our communities and nation. Throughout the pandemic, on sports fields and in parks throughout the country, South Africans were out playing sports. We may not have been able to play tournaments, but getting exercise kept us sane!

I remember that first lockdown, when we were only allowed outside during certain times of day, most significantly early in the morning. Suddenly everyone was an early riser to get some exercise in before curfew! It was wonderful to see so many people relying on sport. It is not just something we do for entertainment, or for fitness. It feeds the soul.

We are definitely happier for having this beautiful game, whether we play it or watch it. It adds excitement and gives respite in these very difficult times in our country. This is why we applaud the Zululand Municipality, the KZN and the Zululand Sports Confederations, and all the great people who are pushing for sport to be at the forefront of the agenda.

It is wonderful, in particular, to see sports clinics being run at our schools, where players spend time imparting their skills and encouraging learners. I want to thank the teams present for this Tournament, specifically, for spending that time with our youth on school sports fields. It is building tomorrow’s players and forming tomorrow’s stars. But it is also giving every learner a sense of possibility; that there is something positive to look forward to as they face the challenges, we all face in a struggling country.

Interestingly, during lockdown when schools were not able to run their usual sports programmes, school principals began noting the change in learners. Without that outlet for their energy, learners struggled to stay motivated. And when sports did reopen, schools noticed that learners had become far more risk-averse than they had ever been before. I do not mean this in a good way. I know we all want our children to avoid taking risks. What I mean is that they were less willing to take a chance and try new things. There was sense of hesitancy among many learners to participate.

Undoubtedly, we are still learning exactly what Covid did to our people in the various aspects of our lives. It had a major impact on the way we think and the way we do things. The impact of a loss of teaching hours and staggered school days will certainly see a future impact on learning levels of our children, especially in areas like Maths, where concepts build on one another over time, making it very difficult to tackle each successive step when the step before that has not been fully assimilated.

I know that our players will tell you the same thing. Unless you keep at it, practicing consistently and playing matches and staying in the game, it is difficult to maintain a level of excellence. This is why I am so pleased when I see our players on the field, especially now as they prepare for the season. This opportunity to test their game is invaluable to our teams.

We have good reason to be proud of South Africa’s teams. KwaZulu-Natal itself now has five teams representing us in the Premier Soccer League. We congratulate Richard’s Bay FC for being promoted to the PSL at the end of the 2021/22 season. They will pose a serious challenge to the cup-holders tomorrow. I am not taking any sides. I wish all our teams a great game. But of course, you all know that my heartstrings are attached to Usuthu.

The AmaZulu Football Club has a long and proud history, as it was actually founded by my uncle, King Solomon ka Dinuzulu, our King’s great grandfather and my mother’s full brother. In 1932, just a few years after my birth, King Solomon founded the Zulu Royal Conquerors, a football team with roots firmly planted in Durban. The team was the pride of the Zulu nation and everyone supported them.

I remember from a young age, growing up at my uncle’s palace, how the men would talk about the Zulu Royals. As I matured, I became just as avid a fan, analysing their last game and predicting the score for their next one.

When it comes to tomorrow’s Tournament, there is no doubt that all the fans have picked their winners. It is impressive that tickets are completely sold out and the stadium will be filled to capacity, not only with locals, but with fans who have travelled far to see their teams in actions. As much as this Tournament is about football, it is also about tourism and boosting local businesses. I applaud the Zululand Municipality for its foresight and wisdom. And I congratulate His Worship the Reverend Thulasizwe Buthelezi and his municipality for their foresight.

In fact, I want to thank everyone who has maintained such a strong belief in the importance of this event, ensuring that it is revived so quickly post lockdowns. The fact that the ticket prices were so affordable makes this an event for everyone. Thank you for that.

We are all energised by this Tournament, but perhaps none more so than our youth who are inspired by these matches to channel their own energy into positive activities. May this Tournament be more than a moment of excitement. May it plant a seed in many hearts to play the game of life better, smarter and with far more enthusiasm. We need this boost considering the painful times we have been through in KwaZulu Natal, with the disasters that happened one after the other.

It may be a lot to ask from our players, but I feel confident that they can inspire us all tomorrow. I wish them all the best and I thank everyone who has made this Legacy Cup possible.