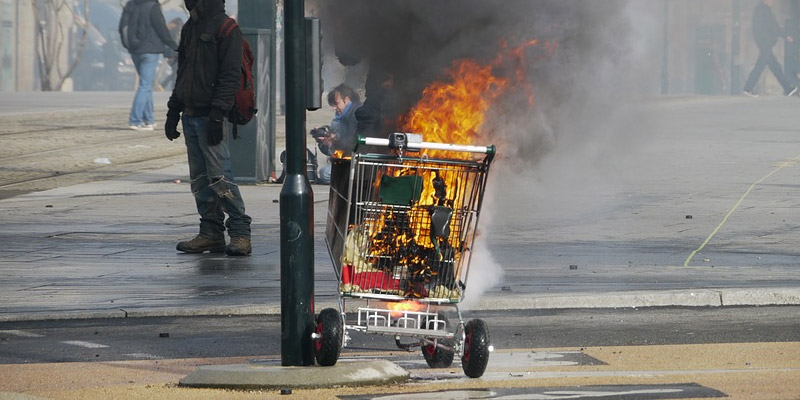 GOVERNMENT MUST BE TOUGH ON SERVICE DELIVERY PROTESTS AND HOOLIGANISM

The Inkatha Freedom Party demands that government must deal decisively and be tough on hooligans involved in the destruction of government property, after two classrooms at the Hillview Primary School in Reservoir Hills were set alight during a violent service delivery protest.

“The burning of schools has a direct negative impact on the lives of children to realise their right to basic education. While people have the right to demonstrate and protest, they should do so responsibly. This right must be exercised in accordance with the law and as such should not be exercised in a manner that results in the destruction of public or private property. This right should be carried out with due regard to the rights of other people,” said IFP KZN Provincial Spokesperson on Education, Mrs Thembeni Madlopha-Mthethwa.

“It is high time now to eradicate this scourge of burning down government and private property whenever there are service delivery protests. We need to root out this culture of hooliganism. We must be tough on hooligans who infiltrate service delivery protests only to loot and steal. Burning of infrastructure has become a fashion as many people think that it is not a protest without destroying properties and looting. If people are not happy with government’s delivery of basic services, they must be patriotic and not damage public property. The problem is that when you destroy infrastructure the little money that government now has needs to be channelled into replacing the destroyed infrastructure first before government can deal with the concerns of the community,” continued Mrs Madlopha-Mthethwa.

“Government needs to uphold the culture of listening when people are raising their concerns before they begin to protest. But due to government’s ineptitude it fails to listen. Urgent interventions in relation to the conditions that bedevil the efficient and effective functioning and service delivery of municipalities are crucial,” concluded Mrs Madlopha-Mthethwa.