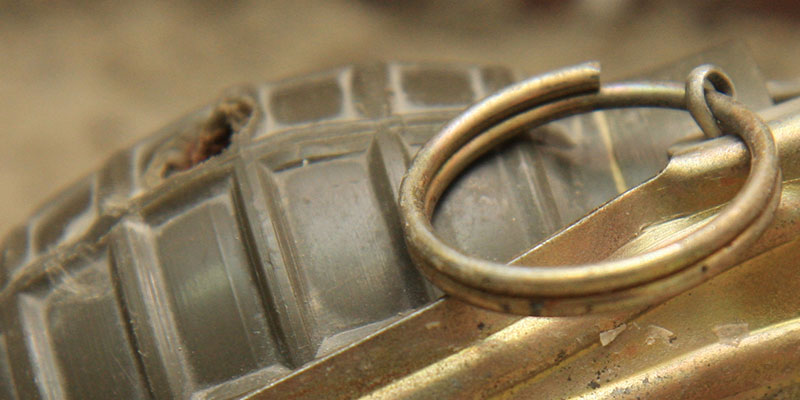 The man suspected of killing his wife at Amanzimtoti using hand grenades is still on the loose and police have not issued a warrant for his arrest.

“This man has been identified as one who was a MK operative and has served in the SA Air Force Protection Services. This could be the only reason that the police have not even issued a warrant for his arrest. He used deadly force with military weapons that should not have been in his possession but he is still at large. This dangerous man who is still out there could be in possession of even more deadly weapons that could be used against our civilian population but all that the MEC for Community Safety and Liaison can do now is “appeal to the suspect to hand himself over”. This is such a lame response to such a serious crime committed during Women’s Month”, said IFP Leader in the KZN Legislature and Spokesperson on Community Safety, Mr Blessed Gwala, MPL.

“The MEC and the Provincial Commissioner, Lt General Mamonye Ngobeni have again displayed their incompetence in not coming out strongly with regard to their efforts to apprehend the suspect. We are concerned about undeclared arms caches that are still out there ready to be used against innocent people. This killer is known and could have fled the country. Therefore a warrant of arrest must be issued without delay and Interpol must be called in to assist,” continued Mr Gwala.

“Our police leadership has again proven to be ineffective and partisan in the application of the law. This is unacceptable as it sends a clear message to would-be criminals that with the right contacts one can get away with even the most heinous of crimes. It is high time that the SAPS leadership respond in a manner that will give confidence to law-abiding citizens of our country”, concluded Mr Gwala.