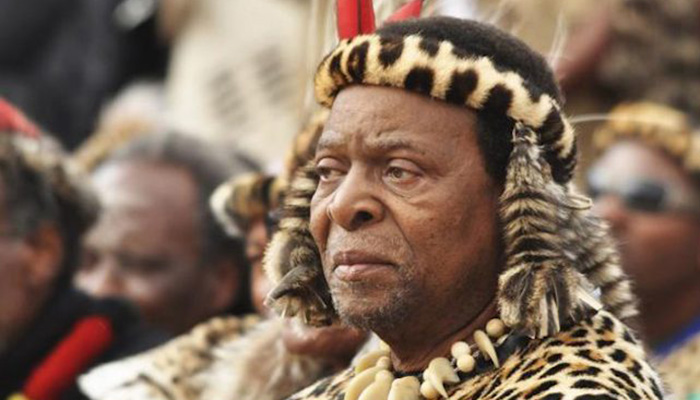 HONOURING THE KINGS OF THE ZULU NATION

His Majesty King Goodwill Zwelithini kaBhekuzulu, King of the Zulu Nation; Members of the Royal Family and descendants of King Mpande kaSenzangakhona; Members of the Royal Council; Amakhosi; the Hon Mr Justice Jerome Ngwenya; Izinduna and distinguished guests; Their Worships the Mayor of Zululand District Rev Thulasizwe Buthelezi and the Mayor of Ulundi Councillor Wilson Ntshangase and Councillors.

There are moments in the course of history where a nation pauses and honours those who have come before, knowing that their sacrifices, their strength and their leadership forged the way for successive generations. These moments come at pivotal points, at commemorations of significant victories, and at anniversaries of watershed events.

We have come today to the cradle of the royal family, for we are marking both a victory and an anniversary. We are celebrating 48 years since the coronation of His Majesty King Goodwill Zwelithini ka Bhekuzulu, and as we do so we are celebrating the longevity of the King and the unity of his people, the Zulu nation. This to us is sacred land. It is amazing that there are certain individuals who try to contest the ownership of this soil with its rightful owner and inheritor, the King of the Zulu Nation. In fact we should be caring for this land more than is the case so far. When I and the KwaZulu Government created Amafa, our main aim was to preserve such sacred places as this is where lies the mortal remains of our ancestors.

Even His Majesty King Cetshwayo was enthroned as King in this area. I wonder Your Majesty what needs to be done to ensure that this sacred place is given the care and respect that is due to it. If we don’t do something, we might unwittingly incur the wrath of our bears with dire consequences for us.

Tomorrow His Majesty will be honoured in an anniversary commemoration. Before that function, His Majesty has asked us, the descendants of King Mpande, to accompany him here, so that we might pay tribute to the Kings who have gone before. We thank His Majesty for gathering us like this. When we see our King salute his forebears and predecessors, we are humbled, for we recognise the powerful presence of our past.

The Kings of the Zulu Nation lie buried in this place. Even my grandfather, King Dinuzulu ka Cetshwayo, rests among our Kings.

King Dinuzulu died in exile in October 1913 at Uitkyk Farm in Middelburg, in the then Transvaal. He had been implicated seven years earlier in the Bambatha Rebellion, having given sanctuary to Inkosi Bambatha’s wife and daughter. Although he was sentenced to life imprisonment, when General Louis Botha became South Africa’s first Prime Minister, he ordered the King’s release. Tragically, though, King Dinuzulu was not allowed to return home.

When he died, his body was carried by wagon from the Transvaal all the way here to Emakhosini, so that the King could be buried with King Cetshwayo and King Mpande. Now his son, King Solomon Nkayishana Maphumzana ka Dinuzulu, lies buried here too, as does King Solomon’s son, King Cyprian Bhekuzulu Nyangayezizwe ka Solomon.

It is a poignant moment to see His Majesty King Goodwill Zwelithini ka Bhekuzulu stand on this soil. We know that the King represents a continuous line that stretches back to the founder of our nation, King Shaka ka Senzangakhona. In this moment, we understand that the past, the present and the future are inextricably intertwined. And the strength that has flowed down many generations will surely continue.

We therefore honour the Kings of our past, and we thank His Majesty for bringing us here. Let us listen now as our King speaks.